So… we are supposed to be in Paris for spring break. But, there’s been a bit of drama. Nothing REALLY dramatic (like having your passports stolen or being robbed at gunpoint or attacked on the streets by roaming marauders). We started with good intentions and great plans but almost immediately I got sick. Really, really sick.

I don’t know if it was food poisoning or if it was my gluten allergy; I will never actually know the trigger because the reaction for me is the same. I suspect it was gluten because the sickness didn’t go away and over time it became progressively worse. I became afraid to eat; there was even one day where I ate only cucumbers because I knew I could handle them. I had to force myself to leave the hotel so La Niña could see the Paris she came to see. But, I wasn’t enjoying the experience. Paris felt to me like a constant swarm of people, hostility, prejudice, bad food, hunger, and sickness.

Three days into our trip, we were sitting at a bus stop and I was really hungry, dehydrated, cold, and angry that I couldn’t figure out a bus route that looked like a tangled ball of yarn; so, I turned to La Niña and said in an overly stubborn way, I’m sorry, but we are leaving Paris. Being incredibly lovely, my darling little girl didn’t whine or complain. Instead, she said, where are we going?

I still wanted her to have an interesting spring break; one filled with chocolate, pastries, good food, shopping, medieval sights, and culture. So, we left Paris and went to Ghent (Gent in Flemish, Gant in French).

I know Belgium. I know what to eat. I can practice my French and not have people look at me like I am made of poo. This REALLY pissed me off about Paris; for months I spent every day practicing French… and I refused to speak English even when people were responding in English. But, apparently my French is not good enough in the eyes of the people of Paris.

Tant Pis… we happily left Paris on a train. 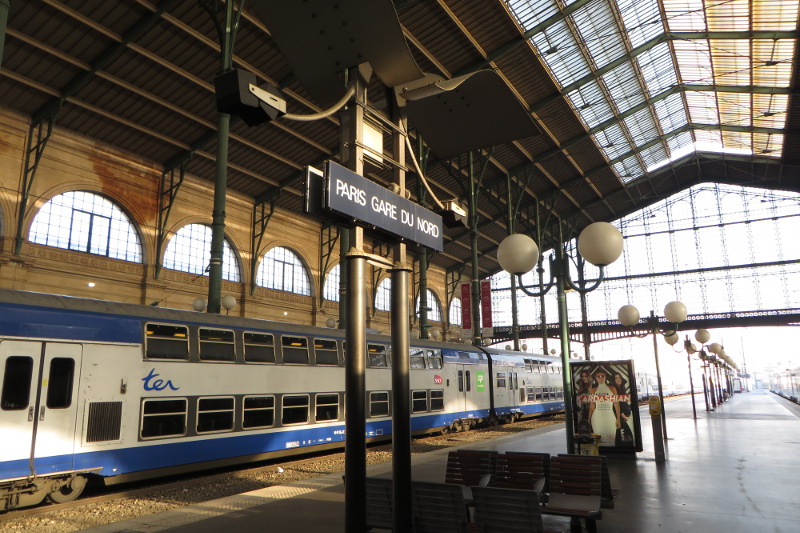 I learned an interesting little nugget about travel along the way. I am very careful about carrying legal documentation that states I am allowed to travel with La Niña. We have different last names and this has caused problems in the past. I was worried that because the documentation didn’t specifically state that we’d be visiting Belgium that we’d be stopped at the border and detained (it has happened).

However… when travelling from France to Belgium, you don’t need to go through border control. You can move freely between the two countries without being stopped. This was very exciting because for once, La Niña and I could sit in the station and make funny selfie photos with each other instead of having to split hairs with border control over documentation.

We do have to go back to Paris… and we still have things planned… but for now, we’re exploring medieval Belgium. And, I’m feeling much better, thank you very much.