Bannerghatta… the National Park. It’s outside of Bangalore and is billed as a place where animals supposedly roam within one of the “richest natural, zoological reserves” in India.

I have mixed feelings about the experience. Being from Canada and having experienced Wasgamuwa in Sri Lanka, there’s not a lot of “rich and natural”-ness about Bannerghatta. The experience seemed very contrived and I could easily envision a food jeep driving ahead of the tour bus throwing treats out to the animals to lure them close to the buses so people could snap a million photos as we passed by.

That said, the animals aren’t in cages and they wander as they please. The only animals that were somewhat contained were the tigers; no animal was shy and the sloth bears came dangerously close to the buses (dangerous for them).

Above are elephants taking a bath in the lake. These are working elephants. The one on the far right is the same one that I am standing next to below. They have a much better life here than if they were in the Calgary or Edmonton Zoo; they work a bit, wander a bit, poop a bit, scratch a bit (on a tree), and then play. They also take people for walks through the woods on their backs, Maharajah style. 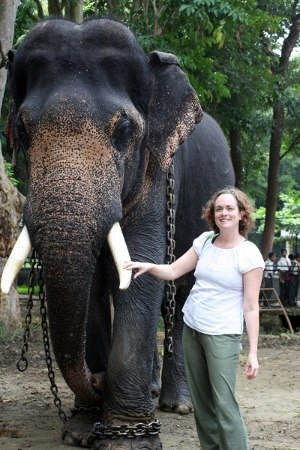 A wrinkly elephant bum. I’m ashamed to say that I did think about grabbing the elephant’s butt as it walked by. The skin is so nodule-ly, rough and course, reminiscent of the underside of a starfish. 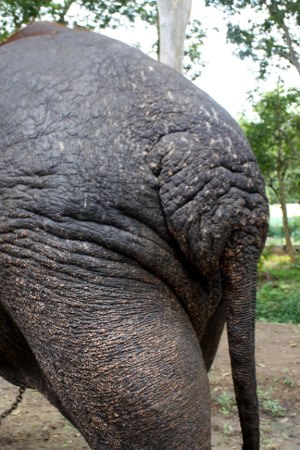 The hippos, on the other hand, have a terrible life from what I could see. They were in a cement holding cell with no way out. There was not enough space for them to move around (or water to swim in). Perhaps it was an off day and they were there temporarily. 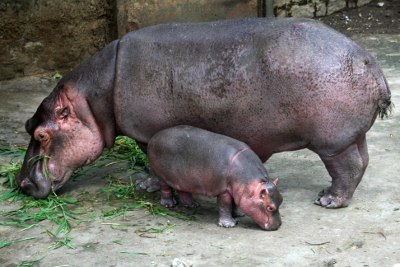 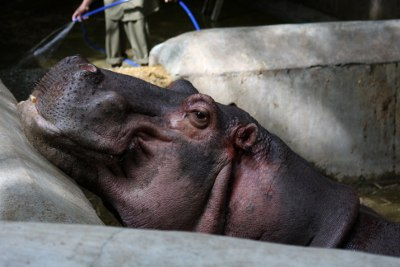 The famous Bengali White Tiger. Seems there was a bit of a turf war going on between the Bengali tigers and the India tigers. They spent a lot of time pacing back and forth looking at each other through the dividing fence whilst making aggressive faces. One person noted that it was ironic that the tigers saw each other as a threat, but not the three big buses that pulled up. 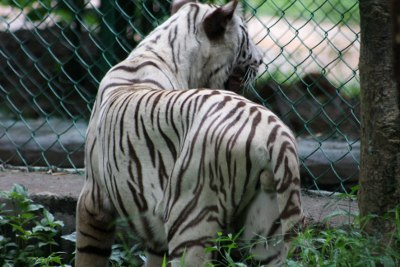 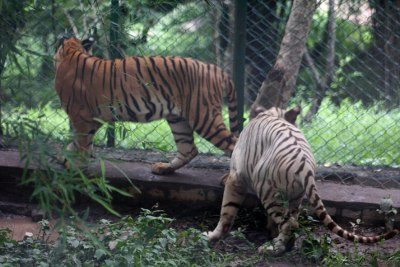 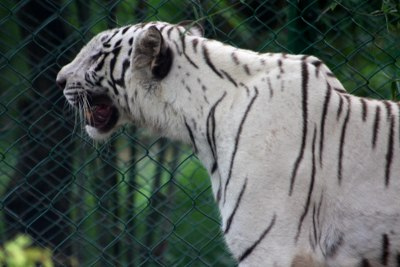 And the ever prevalent macaque (monkey). They behaved exactly like a monkey would, with their hierarchical structure and social behaviours. The alpha stood with the deer and ate just after the food arrived. The others sat on the periphery and waited for their turn. When the alpha was done and wandered away, the others moved in. 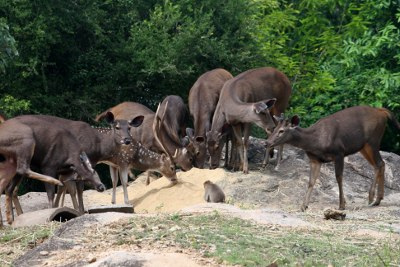 These two are waiting for their food. 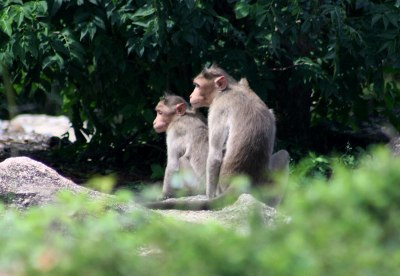 And they move to get food. 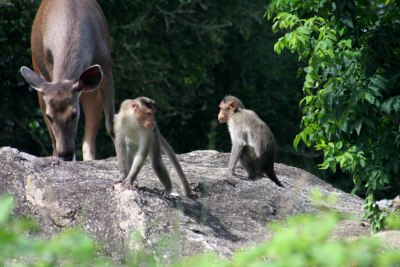 Another macaque decided that the best way to eat was to hang out with the tourists, and he was right. I don’t think the ear of corn he’s eating even hit the ground when someone threw it away. I’m always wary around monkeys because they are the bad boys of the animal kingdom. They can be super aggressive and incredibly smart. One co-workers told me of a time when a monkey jumped on him and started slapping him like a human. 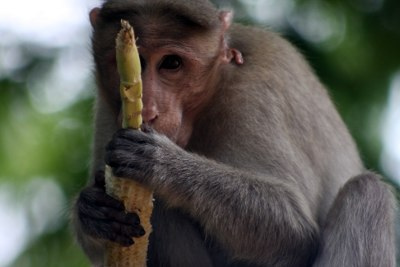 The deer were the most aloof of the animals. They maintained their distance. The first group we saw were similar to reindeer, while the second group were smaller spotted deer. 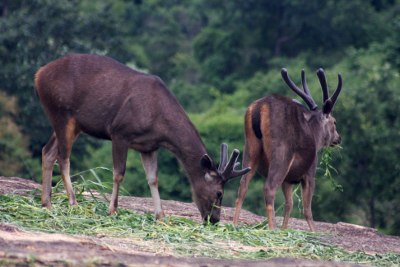 Next came the lions. I found myself wondering what and when they were fed (probably not when the tourists were there). This couple coolly ignored each other while they enjoyed the sun. As the person next to me said, they looked as they had a bit of a disagreement and were now experiencing a time out from each other. 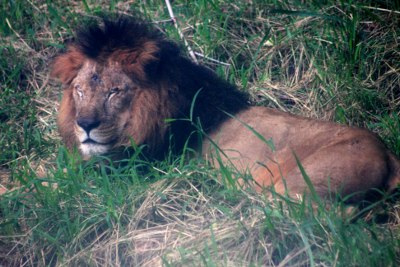 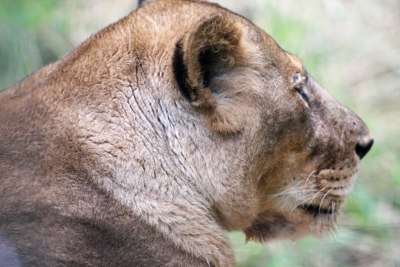 Finally, the sloth bears; they are more sloth than bear and spent a lot of time digging and snouting the red sand next to the road. They would quickly dig into the sand (perhaps to get ants, termites, or some other treat), sit down, and lick their paws to get whatever came out of the dirt. The sloth had interesting mouths; they looked soft and inside I could only see a few teeth. The two below are fighting over whatever was on their paws. 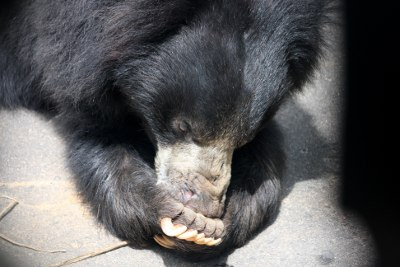 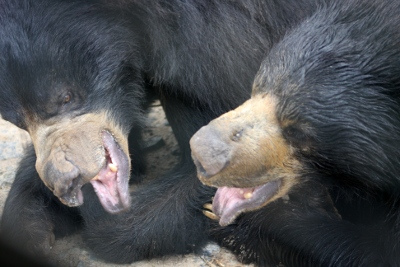