Coming into Chicago this week was a test of patience. You’d think the city would be prepared for snow… in December… a city that sees the worst of the worst of winter weather. Instead, Chicago behaved like a small Californian town that had never seen snow…

The snow-apocalypse caused many flight cancellations. People were sent home in both Chicago and other cities around the United States. I believe this isn’t because of delays/weather but out of fear of being fined by the DOT for stranding passengers on the runway.

That being said, Canada is not as skittish when it comes to snow or US DOT laws and my flight arrived in Chicago as planned (early in fact). 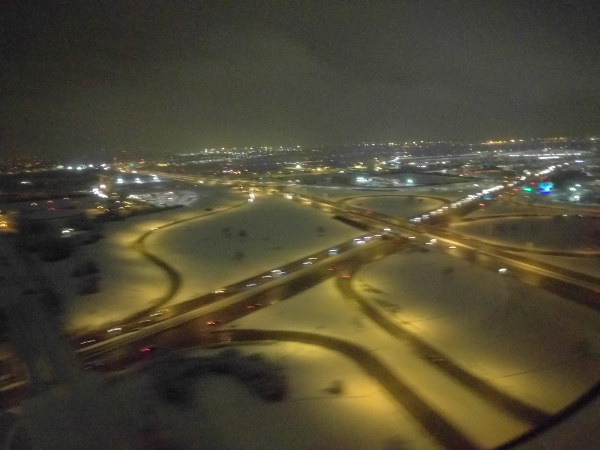 However, we arrived and were trapped on the runway for hours. Not because we were stuck in the snow (though that did briefly happen on the unplowed runway) or because of a lack of ground crew, but because so many flights were cancelled/delayed that there were no gates left for the arriving planes to deplane passengers. 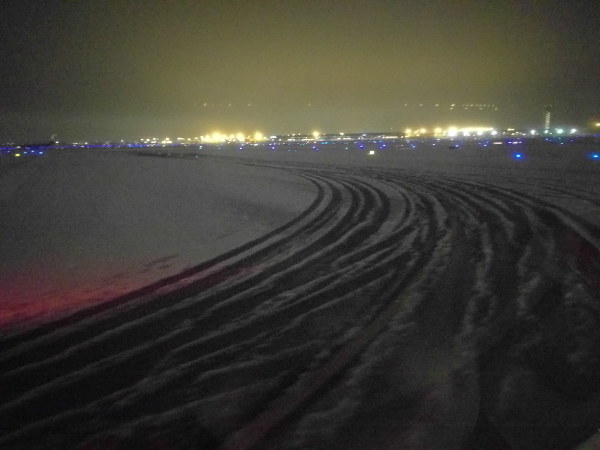 Strangely, there wasn’t much snow in the city. The airport must have its own micro-climate. It was a relief to not have to spend an evening shopping for boots and winter gear. 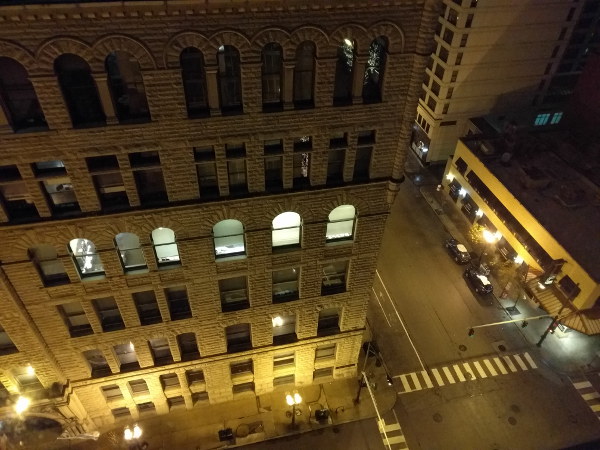 This is a cozy little café hidden on Ohio Street in the Freehand Hotel. They have plenty of gf food options and are coffee nerds. They don’t have soy but do have almond and coconut milk as non-dairy alternatives. And, the barista REALLY knows what he is doing. 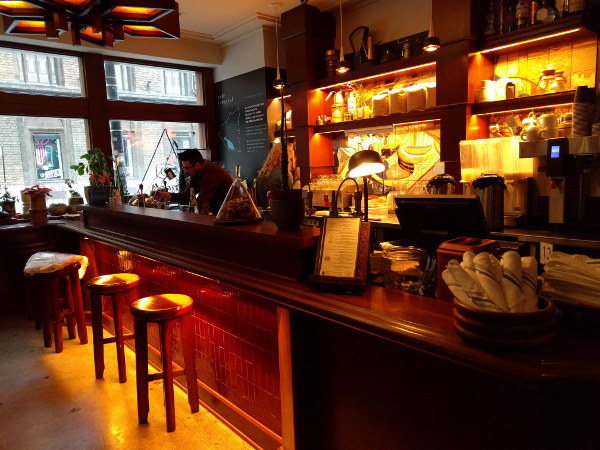 I find almond lattes really bitter but he nailed the temperature and texture; there was no curdling or bitterness. I rather enjoyed my drink (unusual for almond milk). 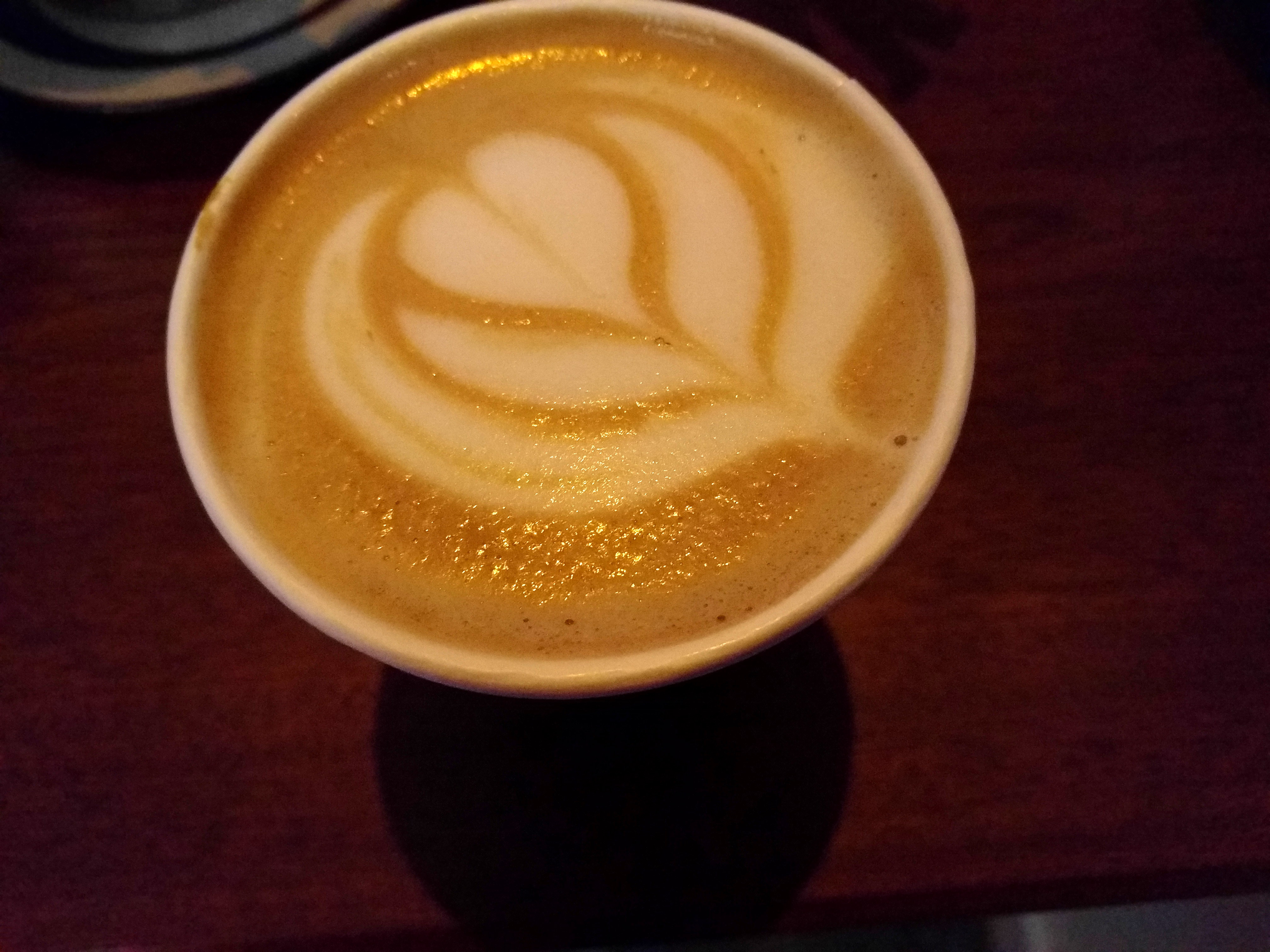 This was the biggest surprise of the day. Latinicity is a cafeteria-style restaurant on the top of a shopping mall. But, it’s not overwhelming and chaotic like a food court; it’s more like a market.

The food is affordable (less than $10) and they use a streamlined card payment system (as you choose food that you want, the retailers add the amount to a swipe card, you eat, and then pay on the way out). 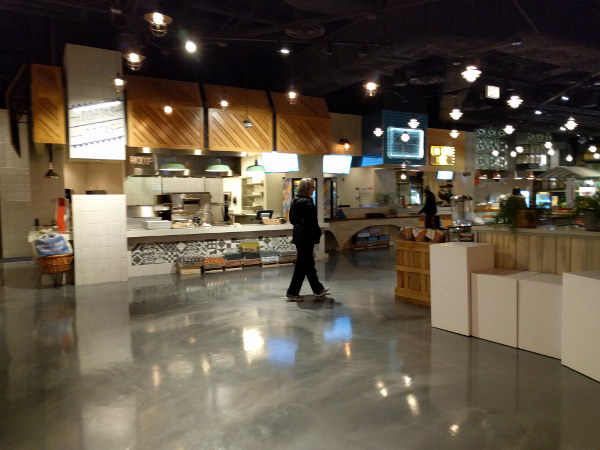 I opted for the market fish ceviche with homemade tortillas and was expecting a portion that was a lot smaller than what I received for $7. This is a decent meal. There’s plenty of real Latin American food options (and not the fabricated Americanized equivalent). 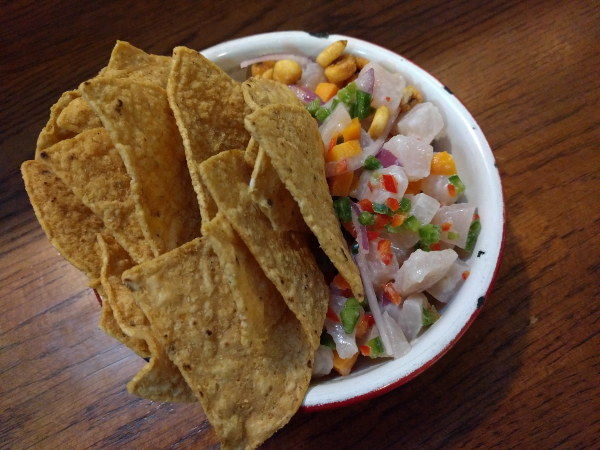 I’m not sure of what to say about Beatrix. I tend to shy away from “American” restaurants but it was a hamburger kind of day and all I could think about was finding a gluten-free burger and Beatrix was close to my hotel. 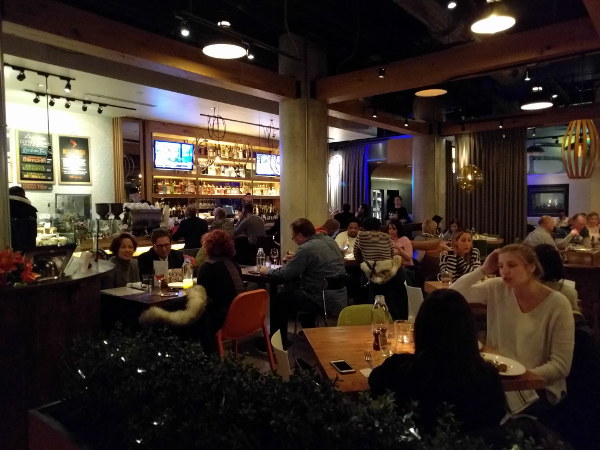 There is nothing wrong with this restaurant. The people who work here are attentive and super nice. The ambiance is warm and welcoming. It’s busy and people seem to flock to the restaurant for their coffee.

All I can say is that the hamburger was rather uninspiring for a place that talks about reduction and lemon poppy seed broth and burrata served with figs… and has menu items like chilli & chocolate glazed salmon and ahi tuna crudo.

I expected more than just lettuce and tomatoes as garnishing. 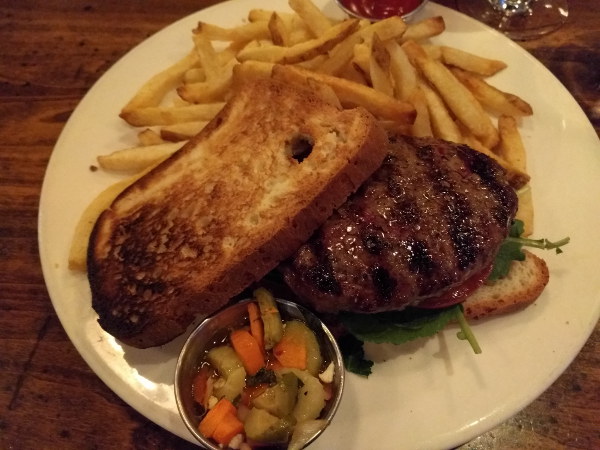