Every morning of this week (so far), I’ve walked past the Trump Tower; and, I can’t help but ponder the misfit of the structure. Locals hate the “TRUMP” sign on the side and fought its addition for years. There’s so much animosity that the flying pig art project really resonated with Chicagoans.

The tower stands out like a sore thumb (or a giant Thompson gunpoint at the sky) amongst the 1920s Art Deco and Beaux-Arts buildings that have been refurbished as boutique hotels and hip office space. The TT was apparently designed to fit in with the skyscape but I can’t help but wonder what was sacrificed to create such a big and blocky edifice. 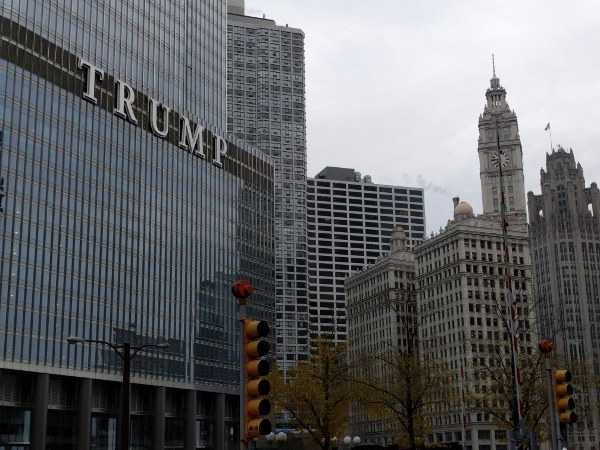 The good news for foodies is that one of the city’s only Michelin Star restaurants is housed in the building. The menu is a set menu and is relatively cheap at $175 per plate (double this if you add the cheap wine pairing). Most Michelin 4-Star restaurants that I’ve seen are in the $1000 dollar/euro/pound range per plate.

I know where the good coffee is in the city but I’m branching out and trying new things. I’m glad I did because Two Zero Three is a unique tasting coffee. The first sip isn’t spectacular. It’s rather harsh but as the coffee cools it gets softer and shows hints of fruit. 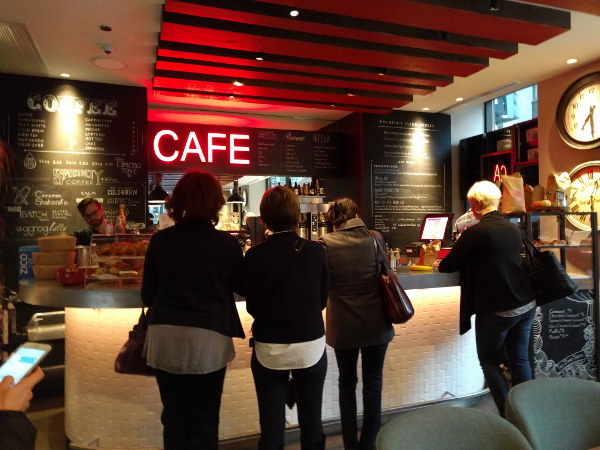 The space itself is eclectic. It’s on the ground floor of the Virgin Hotel; it’s modernized 1970s retro feel matches the elegance of the hotel’s staircase and lobby. It’s the kind of place where you’d sit at the community table to meet new and interesting people.

There are no gf goodies available. But, the Protein Bar is a block away and they have plenty of options.

Lunch saw one of the few food trucks left in Chicago appear outside the building. Chicago isn’t as much of a food truck/food stand city anymore (like SF or NYC). I see them periodically but not in the same waves that descend upon downtown parks in places like Boston. Also, the Roaming Hunger app is empty when I pull it up to search the city. 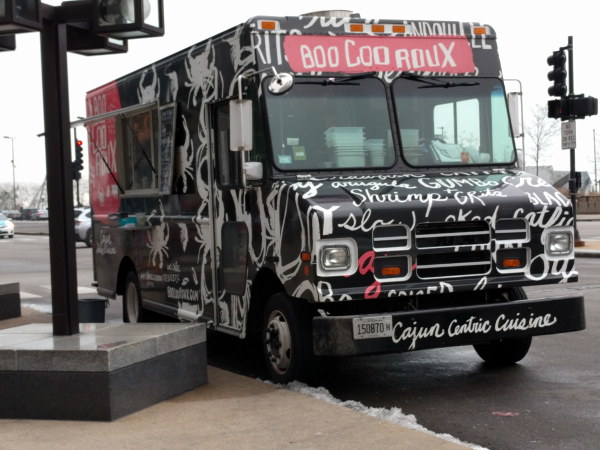 At first, I thought this was a seasonal thing, that the food trucks disappear when the weather gets cold, but I’m told that this has evolved because of a city ordinance that forces all food trucks to park at least 200 feet from brick-and-mortar restaurants. This is rather hard to do in a place that is full of restaurants.

As such, many trucks have left Chicago for other destinations that are less restrictive. Boo Coo Roux is one of the few trucks I’ve seen; it’s a cajun food truck. The food is not very gluten-friendly and the cajun fries are really poutine in disguise.

I went to Union for the Buffalo Duck wing. My co-workers talked on and on and on and on about this fabulous food creation… so much so that I made a reservation at Union so I could try this supposedly unbelievable dish. I’ll admit it was good; about a 3.5/5 good. 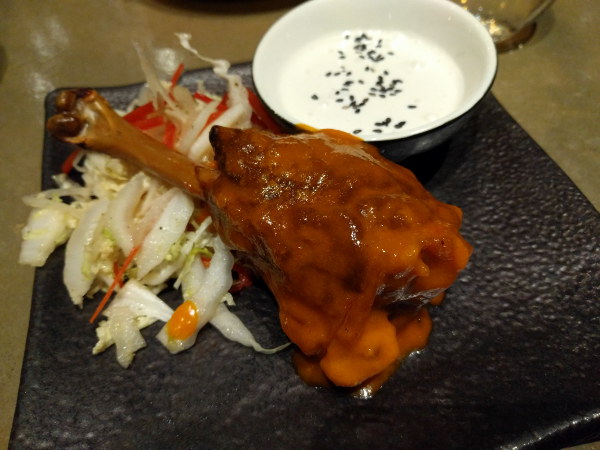 One thing to note about Union is you should absolutely book a reservation. This place gets busy (even though I managed to snap a photo before the wave of people arrived); every person ahead of me in line who didn’t have a reservation was put on a waitlist. 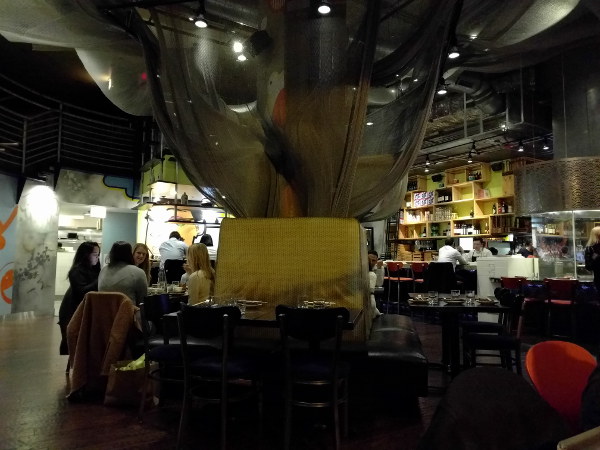 What makes this place popular is the eclectic meat on the menu: kangaroo, alligator, quail, and tongue. The guys at the table next to me endlessly talked about it (do you see a trend here?).

I’ll say that the duck was good, the prosciutto-wrapped scallops were good, and the sushi was just ok. Twas typical Americanized sushi and I already know of a place that can do much much better (Momotaro). 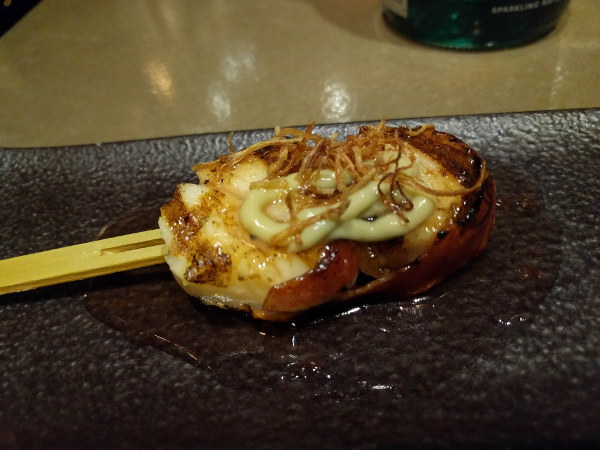