When you have a little princess, no trip to Southern California is complete until you’ve been to Disneyland.

There’s lots of advice out there on how to survive the crowds at Disneyland; and, one of the most prevalent pieces of advice that I’ve seen online is to avoid renting the Disney strollers. However, after spending three very jammed packed days roaming the park, renting a stroller was perhaps the best decision we made.

It’s a place to keep your stuff, carry water, to nap, and best of all, with a blanket it’s a place for kidlet to hide from the endless and overwhelming crowds that roam the park. The end result: a calm child who enjoyed her experience and avoided the epic meltdowns that we saw many other parents struggle with. 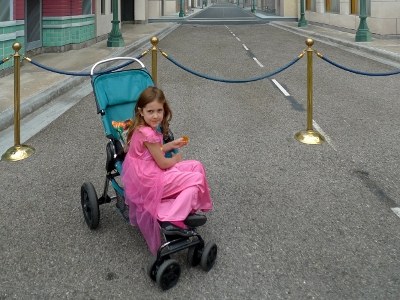 In all our trip to Disneyland was a magical experience. Here are some of the highlights:

It took La Niña a day or two to work up the courage to meet her first Disney Princess. But once she met one she wanted to meet them all; and, the Princess Faire is the place to be if you want to hang with the most famous of them all. 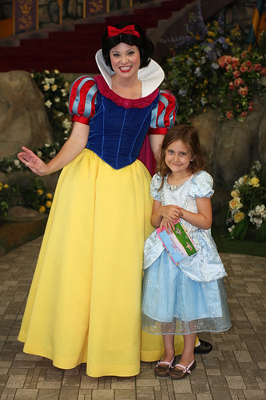 The secluded area contains story time, one-on-one photo time with each of the princesses, singing, dancing, and the occasional wandering prince or lord. It was also a safe, quiet, cool, shaded area for kids to run around with other princesses who share a love of dresses, jewellery, and stories. 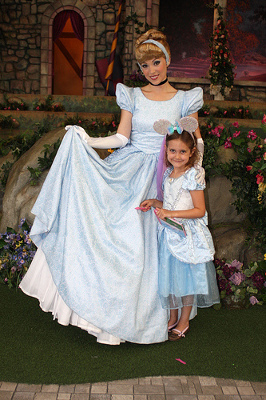 Part two of the princess journeys involved Sleeping Beauty’s castle. This was perhaps the most unassuming of all attractions, but for La Niña it was the castle of her dreams. She explored every nook, cranny, and moment of Sleeping Beauty’s story. This also happens to be where princesses can get all dolled up, dressed up, and accessorized to their heart’s content. 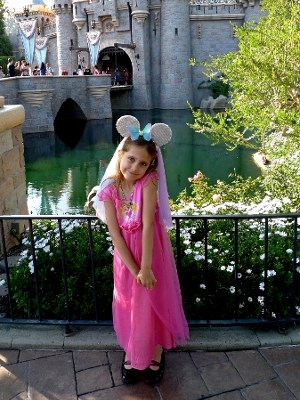 At some point in your Disney adventures, you’re going to have to eat. The Blue Bayou Restaurant is a must if you want a good sit down meal in the middle of the bayou from the Pirates of the Caribbean ride. It’s so popular that you should head over early in the day to make reservations. Locals come to the park just to eat at the restaurant because it transports you into the Pirates world (like the ride). 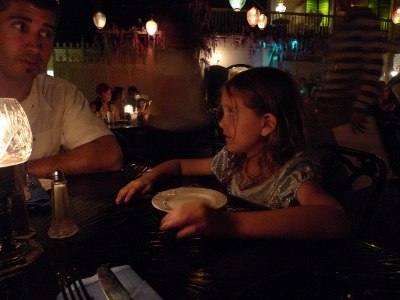 The Haunted Mansion next door should also get a special mention. Though mildly creepy and full of ghosts we must have gone though the mansion more than two dozen times.

This ride was La Niña’s Mount Everest. She saw it once and fell in love. “I want to go there,” is all she said and I knew we weren’t going to be taking leisurely strolls in Pixie Hollow or the Hundred Acre Wood. For the first attempt to get on the ride, we stood in line, we waited for a long time before she got frustrated and fell and hurt her knee. We had to leave.

The second time we got fast passes and La Niña was more than willing to wait until 10pm to get her chance to experience terror. And, when it was our turn to fly out of the mountain, the experience was not what she was expecting and the wet terrifying drop of death was more than she could handle. La Niña swore she’d never go on a water ride again…

However, after some gentle coaxing and a few days practicing our “water ride skills” on the Jurassic Park Ride at Universal Studios, we went back to Disneyland. It was her triumphant return to Splash Mountain. She was prepared, she had her bathing suit on, it was a hot day, and she had a well practiced scream ready for that terrifying moment when we shot out the side of the mountain and plunged into the rapids below. Success! My child had conquered the mountain and was ready to move on to new experiences.

The truly magical part of the day is the fireworks and subsequent Fantasmic! lightshow. At the beginning of the fireworks, Tinkerbell comes flying out of the Matterhorn to light up the Disney Castle (like in the beginning of Disney movies). When this happens you can actually feel the amazement in the crowd as you watch a person fairy come out of the mountain and fly / dance across the night sky. Even I got goose pimples.

The final Fantasmic! Show is the icing on the cake. The show incorporates dancing princesses, singing cast members, laser elephants (Dumbo), Peter Pan sword fighting Captain Hook on a pirate ship, giant eels (Little Mermaid), a ticking crocodile (Peter Pan), and a well orchestrated light/music show in one final pièce de résistance. And, when Mickey Mouse conquers his own imagination and takes down an oversized Maleficent, it’s a perfect end to an overly packed day. 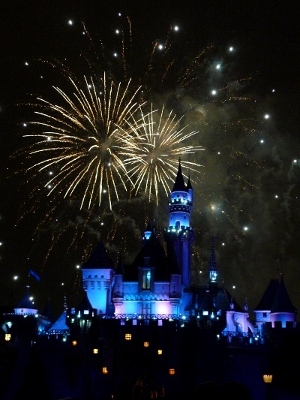 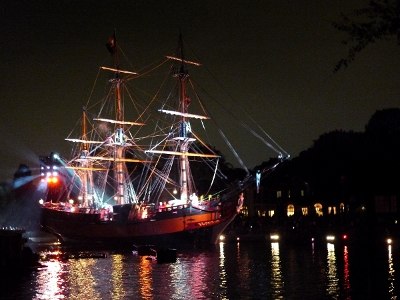