It started as a rather miserable day. The rain came down in relentless sheets and there was a bitterly cold wind that was quite unexpected.

A few other families huddled in their vehicles, hoping for a break in the weather but the parking lot was mostly empty. We were one of the families that waited it out because we drove a long way to sample this *supposedly* amazing corn maze.

When the rain eased to a small drizzle, we ventured in and attempted to find our way around the maze. The corn met it’s height expectations for 2010 — and we definitely met our mud quota for the day (bring boots). 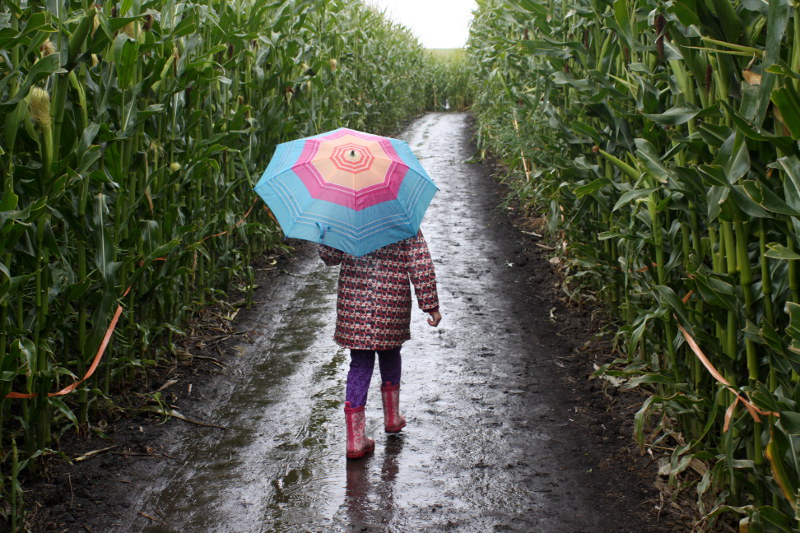 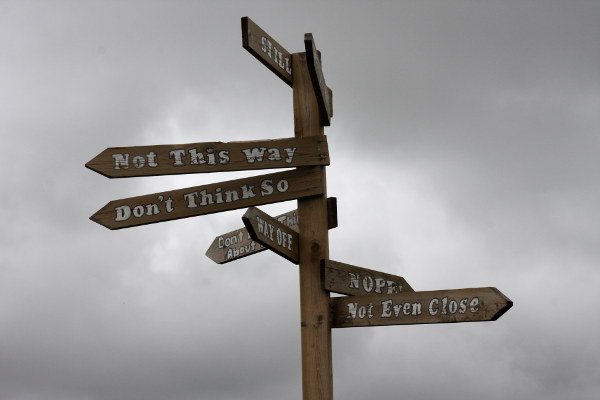 The real winner in the maze was the pedal-powered go-carts. Because of the rain, there was no line-up for use, which meant driving around and around the mini maze at meandering speeds until La Niña’s legs were really sore. 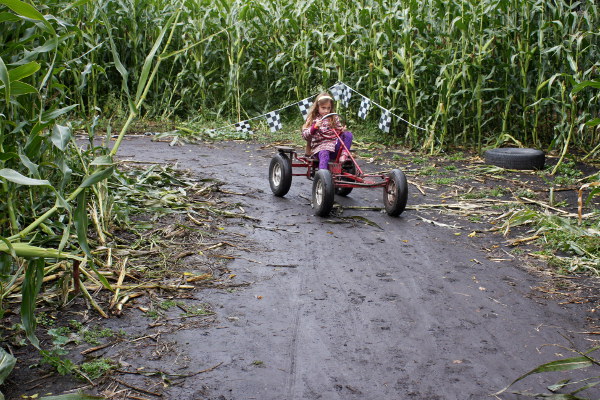 A view of the playground from atop the hay bale castle. 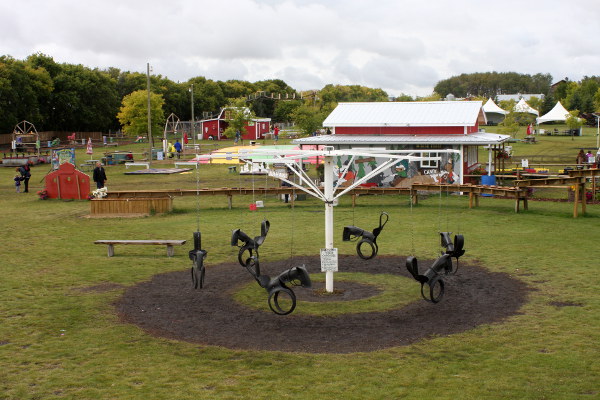 When the sun finally came out and the jumping pillow was dry enough to jump on without slipping, the day became glorious and golden with jumping and twisting and general frolicking as La Niña endeavoured to be the highest jumper evvver. 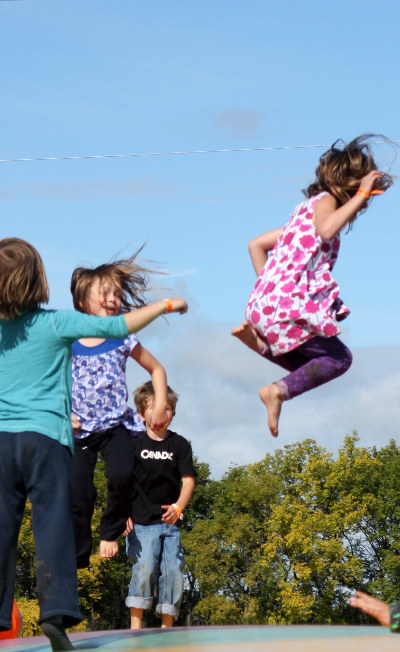 The Gemstone Mining area… you can purchase bags of dirt for $10 in the gift shop and then use a sluice box to sift through to find gems that are hidden inside. Neat idea except we found glass in our bag. 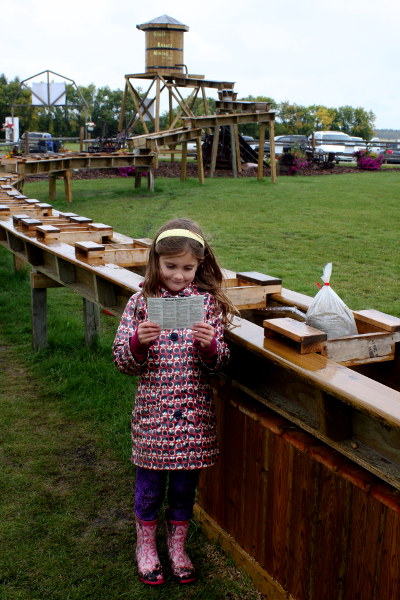 The corn cannon and pumpkin blaster. Little Missy managed to hit the bus on her first shot! 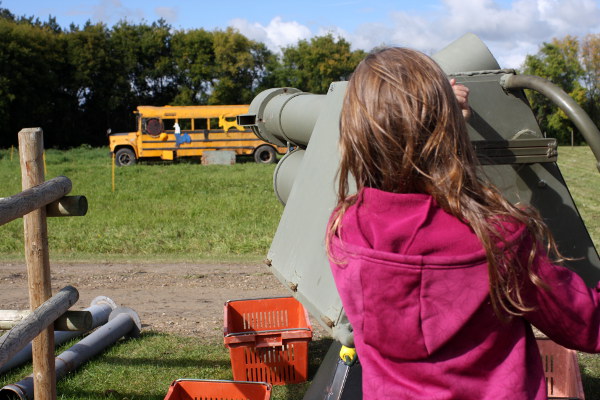 Kid Rating: 2 out of 5 because of the giant jumping pillow — even though the older kids were mean. There was lots to do. I don’t have many happy memories because I got sick from the popcorn.

Adult Rating: 2 out of 5. It was a fun place with lots of things to do. I would have rated it higher but in our mining bag there was broken glass mixed in with the rocks (I cut my finger) and La Niña got violently ill after the visit. When I told the gift shop staff about the glass, they didn’t seem to care.