La Niña’s favourite non-ghost story told at the Atlas Mine is set at the bathhouse windows (pictured above in the mirror). I’ve tried to re-create it from memory.

In the early days of East Coulee, there weren’t a lot of women in the area. However, as time moved forward, communities of women formed around the mine.

On this day, it was uncommon to have hot running water available in a house (often a one-room shack shared by multiple people). However, engineers at the Atlas Mine created a smart means of gathering and heating water and made this available to the miners. Soon after, negotiations began to allow women to use the showers at a predefined time on Sundays.

Much to the dismay of the women, during these Sunday showers, “working” men would often appear on the windowed side of the building and periodically watch the women while they showered. 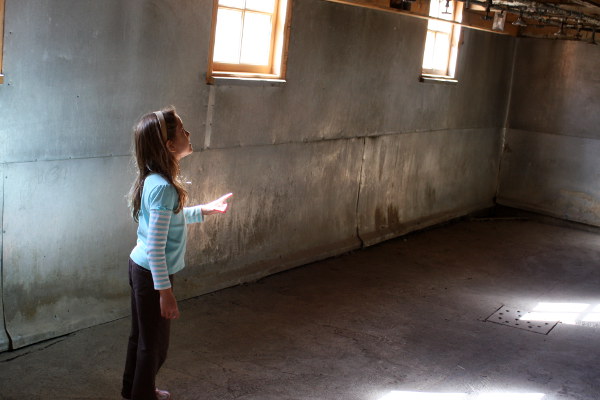 After unsuccessfully trying several ways to maintain privacy, the women finally hired a very large woman named Big Annie to act as their bodyguard and privacy shield. Her job was to stand outside the windows and shoo away any men who dared come within peeking distance.

Now, most of the men knew of Big Annie through the local brothel. She had a reputation for being a very large (6’4) and very strong, no-nonsense woman. Because of this reputation, most men stopped “working” on Sundays.

However, one particularly brave (or stupid) man decided to appear during Big Annie’s watch to spy on the women in the bathhouse. 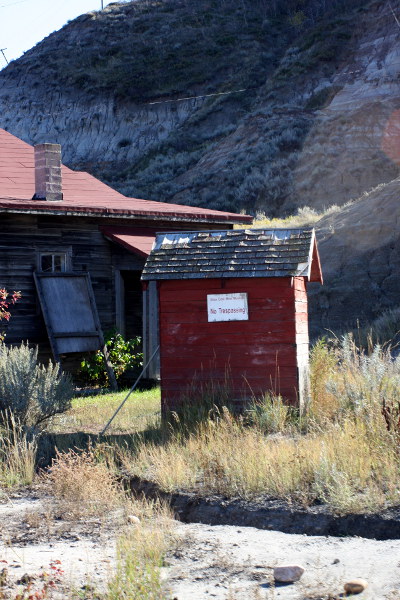 Realizing he was no match for Big Annie in speed or girth, the man hid in the outhouse and hoped she wouldn’t find him there.

However, she saw him enter the little building and immediately tried to knock it over. With no other means of escape, the man jumped into the sewage hole.

Big Annie, who was pleased with the outcome, then left him where he was, locked up the bathhouse (now empty), and left.

From that moment forward, no man ever returned as a peeping Tom.