WANTED: COAL MINERS
Hardworking men needed to work the pits from 1911-1979. Must not require daylight. Must not panic in confined spaces. Apply within.

Late in the fall, we drove to Drumheller to tour the Atlas Coal Mine. During our visit, we discovered rather quickly that a lot of great stories come from this coal mine — and many are akin to the stories I heard as a child from my coal mining relatives.

As was mentioned in the previous post, the coal seams in the Drumheller region are above ground, flat, and are sub-bituminous. This meant that the mining conditions were less dangerous than many other coal mines in Canada; but, living in the mines was still harsh and full of drudgery. Terms used to describe Drumheller and region were hell hole and one of the worst places to live in Western Canada. 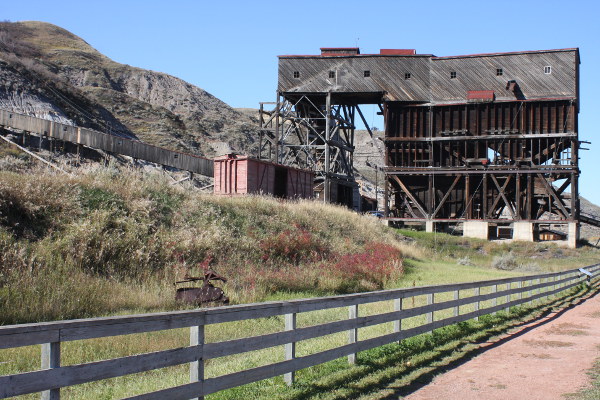 Above is the last wooden coal tipple in Canada. Built-in 1936, this tipple was the means in which miners sorted and ported the coal out of the mine.

Attached to the side is what we climbed to reach the mine. In mining days, miners would have climbed up the rock face to the mine entrance — even when it was wet and icy. The walk should not be attempted by anyone who is afraid of the dark or anyone who has difficulty walking.

It’s recommended that kids under the age of 6 not attempt the climb. However, La Niña (who was 5 at the time) had no problems with the dark or with the climb. Kids wear special helmets because they are lighter than the ones miners used to wear (which adults get). 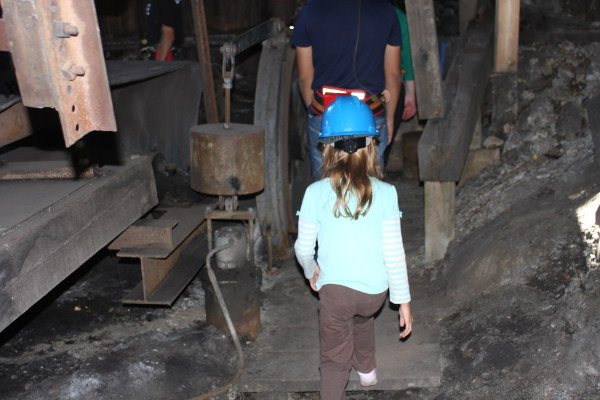 View of the tipple from the top: 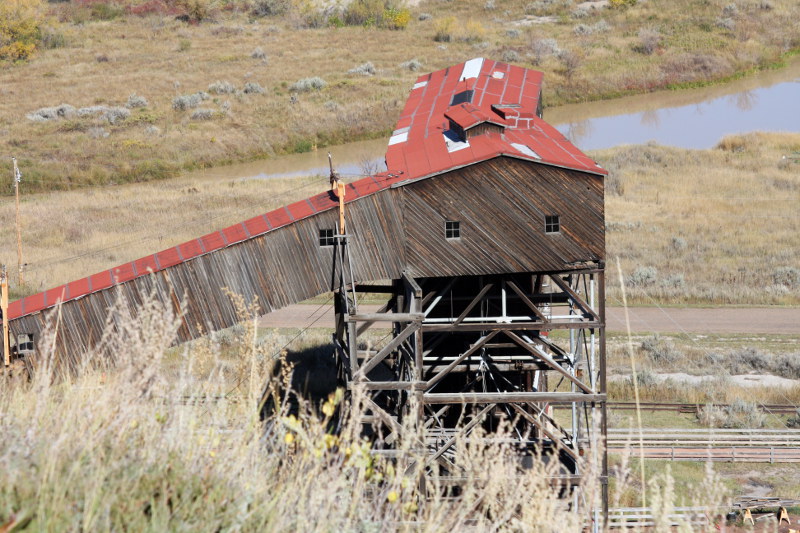 Miners were paid by the ton, which is generally one cart full of coal. According to the Drumheller mining website:

The coal would then sell for $5-ish per ton. To put this into perspective, my great-uncle’s attestation / financial records show that Canadian front line soldiers during World War 1 made roughly $1 a day. 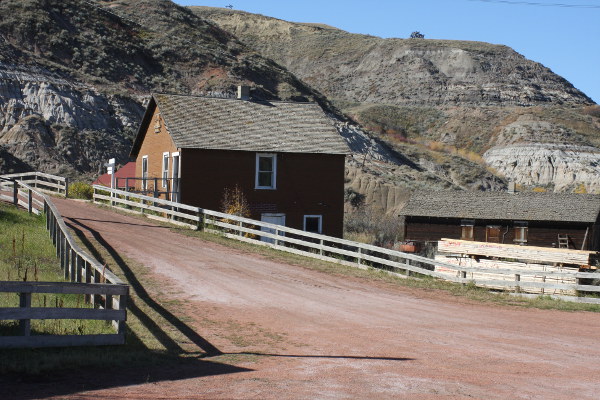 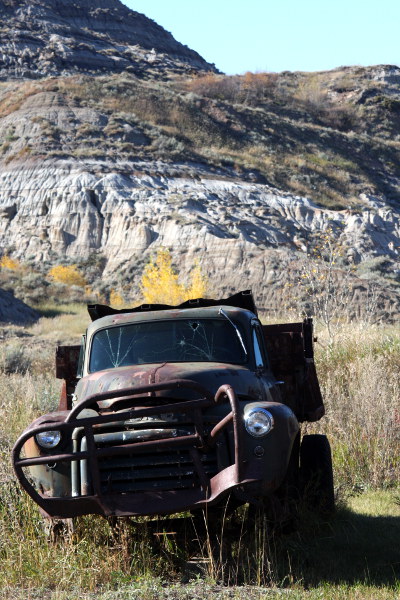 The Atlas Coal Mine was the last mine to stop operations in 1979 after the market for coal collapsed. According to a plaque at the site, Natural gas won the home heating war. Steel mills required harder mountain coal. Generator stations, which required huge quantities of coal, were fed more efficiently by strip mines.

2011 marks the 100 year anniversary of the mining in Drumheller. There are plenty of special activities planned for the year.

Kid Rating: 3 out of 5 because I liked exploring the mine and having one of the pet cats follow me around. Climbing in the dark was a bit scary. I didn’t like sitting down to wait for the tour or the train ride because it was too hot out.

Adult Rating: 4 out of 5 because it was interesting and one of the better mine tours I’ve been on; not many let you go into the mine as part of the experience. Make sure to bring sunscreen and hats. The first part of the tour is from one of the coal carts in the blazing sun — with no shade or coverage.