Coal once dominated these hills, which is evidenced by the number of ghost towns in the Drumheller area. Wayne is one such abandoned coal-mining town. The town’s original name was Rosedeer, named after the Rose Deer Mine (#347) that operated from 1912 until 1934.

This little ghost town was a pleasant surprise. We planned on spending 30-minutes wandering a few empty buildings as a quick roadside attraction; however, we ended up spending our whole morning exploring the ghost town and surrounding hills.

In its heyday, there were multiple coal mines in Wayne, Alberta: Hamilton coal mine, Jewel Mine, Ideal Coal Mine, and the well known Rose-Deer coal mine. Here is Wayne as it appeared in its mining days. 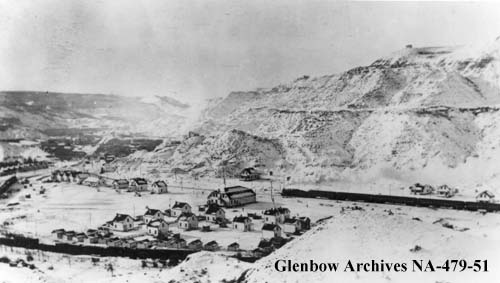 Here is Wayne as it appeared in October 2010. 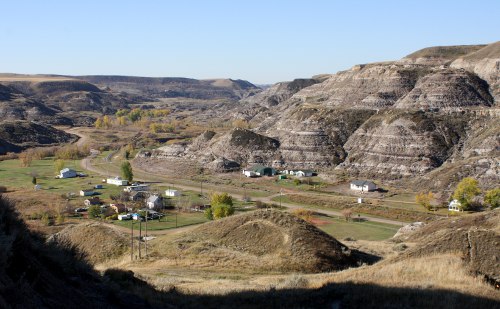 Kid Rating: 4.5 out of 5 because I really enjoyed climbing the rocks and hills. There were lots of neat things to explore; I really liked looking at the grasshoppers and crickets. I wished we could find the secret graveyard, but finding abandoned buildings and thrown away things was neat. I like things with the word ghost in them.

Adult Rating: 4 out of 5 because it was such a pleasant surprise. It was so quiet and peaceful; we could move at our own pace. There were all kinds of secrets in every little nook and cranny and the scenery was simply beautiful.

3 comments on “Wayne, Alberta”Add yours →