The first stop in Fort Worth was the Museum of Modern Art (a.k.a. the Modern). The Modern is a relatively new addition to the listing of museums and galleries found in Fort Worth. It was built in 2002 and designed by Tadao Ando, who seems to like to use simple lines and reflective ponds in his architecture. The museum contains a whole host of art types including Abstract Expressionism, Color Field Painting, Nouveau Realisme, Pop Art, Minimalism and Post-Minimalism. However, the museum is certainly not restrictive and you’ll also see a smattering of Figurative Sculptures, Photography and Video Art. 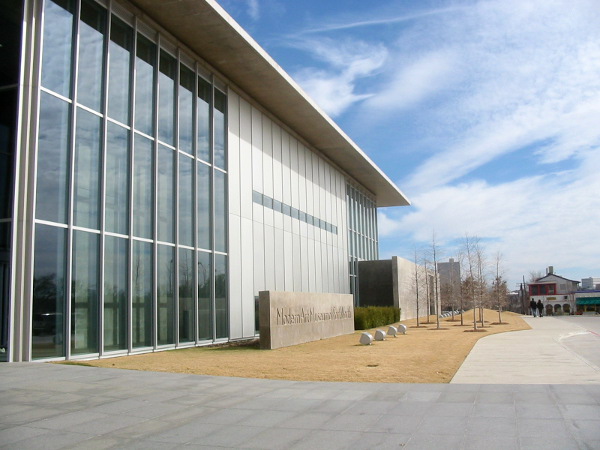 Before you even get to the building you’ll see Richard Serra’s Vortex sculpture. It was added to the site in 2002 and is a whopping 67 feet high (27 feet taller than the museum). Because of its enormous size, it was manufactured in the only place in the world that can handle large sheets of steel: Germany. How it got to the United States is a story itself. Because of its size, the piece had to be shipped across the Atlantic ocean and then via the Gulf of Mexico. The sculpture consists of seven-pieces (459,433-pounds) and had to come strapped to the deck of two separate boats because they were too massive to be placed in the cargo holds of the freighters.

The plates of the sculpture twist and curve as they rise, forming an aperture at the top that is 10 feet wide. The Cor-ten steel surface of the piece will weather and take on an oxidized cast over time. 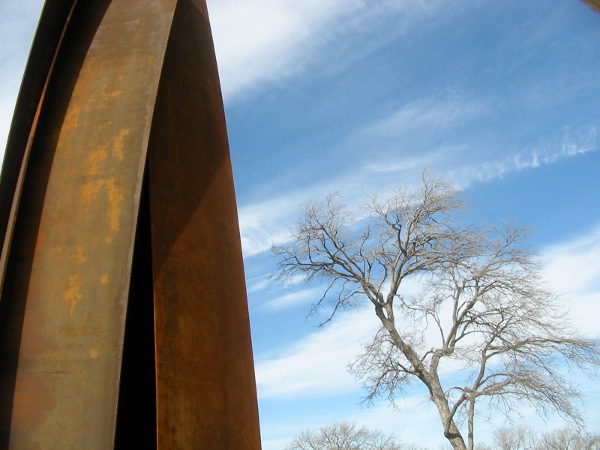 One of the creepiest of all the pieces we saw in the gallery was an untitled miniature of an old woman created by Ron Mueck in 1999. She looked real. It was like there was a miniature woman sitting on a stool waiting for someone to walk by so she could turn her head and wink or say something when you least expected it. 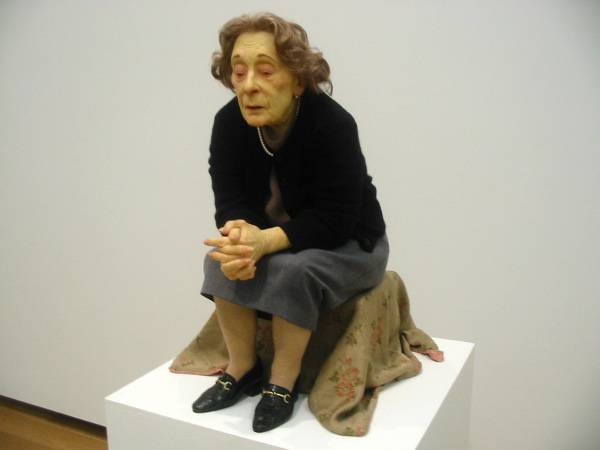 Created by Martin Puryear who is a master woodworker, the Ladder for Booker T. Washington is one of Martin’s works relating to African American history. In April 5, 1856, Booker T. Washington was born into slavery on a 207-acre tobacco farm. His life an the challenges he faced as a lave in Virginia certainly shaped the choices made by this young boy. Later in his life, Washington founded Tuskegee Institute in Alabama in 1881 and later became an important and controversial leader of his race at a time when increasing racism in the United States made it difficult to move ahead. The ladder has multiple associations: ambition, hierarchy, or the impossibility of reaching the top. 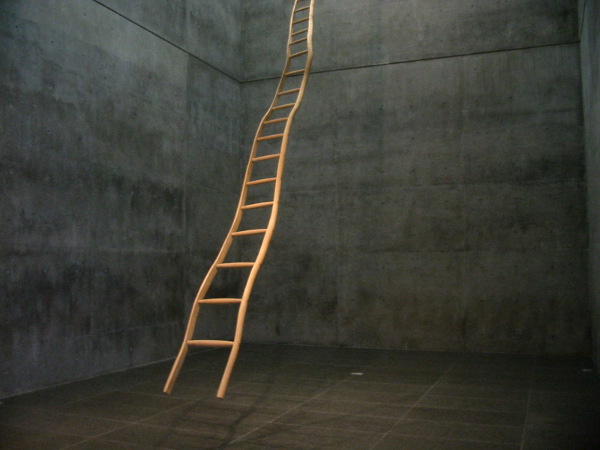 Then there’s Andy Warhol, best known for his Pop Art (a US art movement that thrived in the 1950s). In the Modern, we managed to find six Warhol paintings, with the best known being his Marilyn Monroe heads. When Marilyn Monroe killed herself in August 1962, Warhol used a publicity shot taken by Gene Korman in 1953 to create this piece of work. It can be found in other museums but in different colours. The Marilyn canvases were early examples of Warhol’s screen printing technique (he used a rubber squeegee to paint). 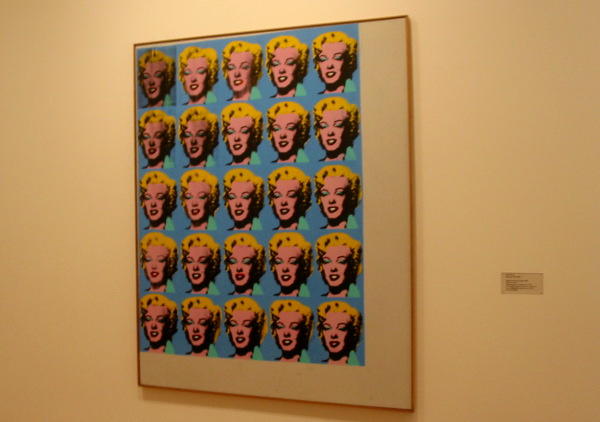 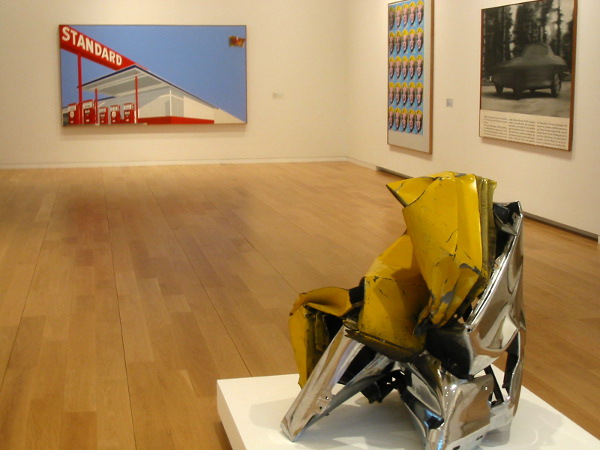 We also managed to find a copy of Warhol’s 1986 self-portrait. 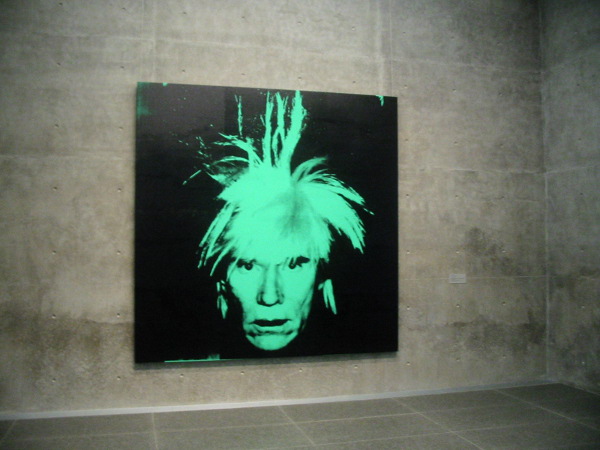 2 comments on “Museum of Modern Art”Add yours →