There are random temples everywhere in India; and, often they crop up in the oddest of places. This particular one is on MG Road in Bangalore. My Hindu knowledge is a tad bit rusty so I’ll point out what I remember.

The blue god above is Krishna — also referred to as Vishnu. The most common question people ask is why is Krishna blue? I’ve heard lots of stories as to why: he was bitten by a snake and it turned his skin blue, blue is associated with the sky and water and Vishnu is associated with nature, while in the womb of his mother she was given a blue feather and this transferred itself to the baby, and blue in Hindu religion is associated with people who are strong and fight evil.

Below I’m thinking is Sri Maha Muneeshwara. I know very little about Lord Muneeshwara other than he came from the face of Shiva after the God was insulted by King Thakshar. The temple could be for one of the seven incarnations of Sri Muneeswarar. 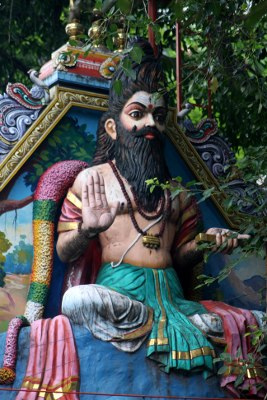 And, here’s Ganesha. When his trunk is to his left it means good luck. I think I’ve only ever seen it to the right and that was in Khajuraho. 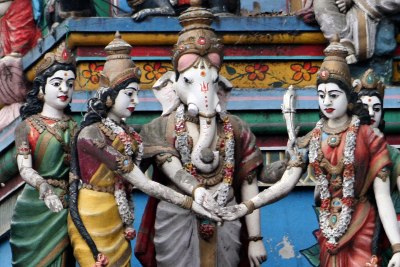 Finally, some Gopis acting as Gargoyles. 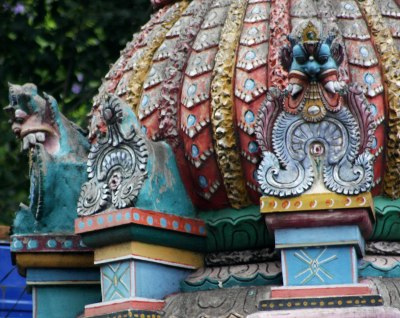