Destination 2 on the Cool Little Town Tour [link removed] was High River, known for the unique murals painted on buildings to depict this little town’s history. Each mural has a different artist and story, a sampling of these murals is pictured below with write-up.

The first mural (facing east) features squadron leader ‘Ack Ack Leitch’ one of Canada’s outstanding aviators and a long-time resident of High River. He was awarded both the Military Cross and the Distinguished Flying Cross. He was stationed in High River at the Air Station and was later promoted to Officer Commanding.

The Opening of the High River Club, Zhong Ru Huang, 2007 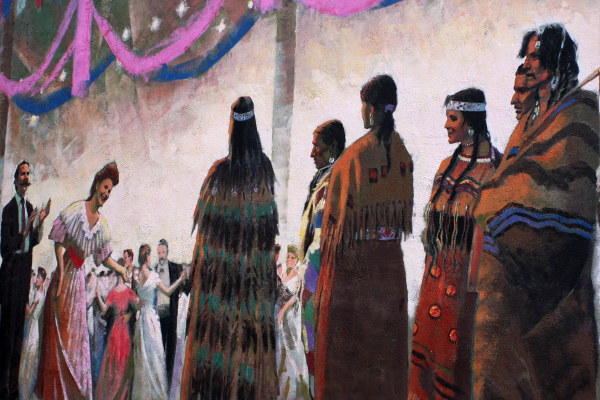 In 1905, the clubrooms of the newly-formed High River Club (so named in its official charter) were opened with a formal ball. Local ladies were dressed “to the nines” in the latest formal fashions. Local Indigenous Peoples wore their own finery for the proceedings.

After one more formal reception, and a later visit by the fundraising Sisters of Lacombe Home, women never again graced the premises of what became known as the High River Men’s Club. — Town of High River 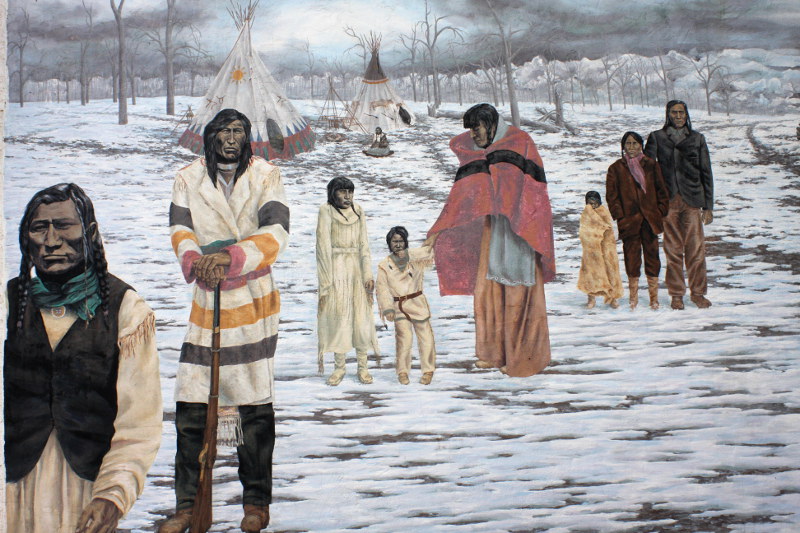 In the late 1800s, many whiskey traders from south of the border came to southern Alberta and set up trading forts where they exchanged liquor, arms, and ammunition for furs and buffalo hides. There were several forts on the Sheep and Highwood Rivers, but the largest was Fort Spitzee. There were at least two other posts also known as ‘Spitzee’.

These posts proved to be disastrous for the First Nations people. In 1874, the Northwest Mounted Police were sent west by the Canadian government to put an end to the whiskey trade. Traders heard of their arrival and abandoned the forts – often burning them to the ground as they left. — Town of High River

0 comments on “Murals, High River”Add yours →