Annie McGregor, Isabelle MacDonald, and Sara Mackie all take you on a tour through the 1823 Alexander Keith stone brewery building.

Keith first arrived in Nova Scotia from Scotland in 1817 and quickly formed a partnership with Boggs Beers to help Boggs improve the quality of his beer. Boggs was the only beer producer in a time when men stationed in Halifax were given a ration of 1 gallon of beer a day (for nutrition). Keith saw a tremendous opportunity and 3-years later he bought Bogg’s brewery.

The tour is comprised of plenty of history, song, dance, music, and beer tasting (2 mugs). It’s a look into life in Halifax in the 1860s and the life of Alexander Keith.

What makes the tour most interesting is the small eclectic information that comes out… like the groove in the wall that formed where wagon wheels always hit the corner of the North Arch whenever they came through.

And, oak barrels were used to prevent the hops from preserving the beer… 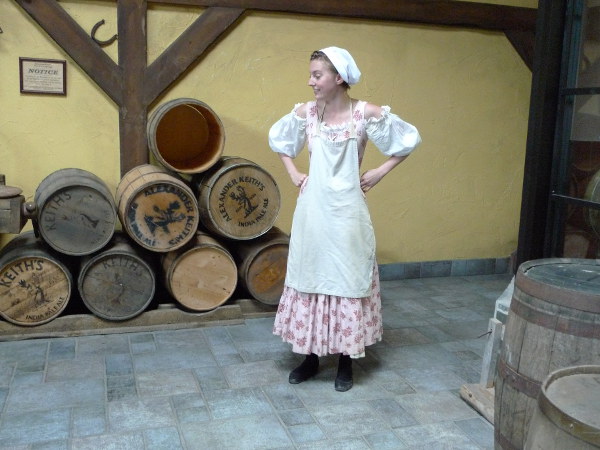 And, the longer you roast the grains the darker the beer becomes… 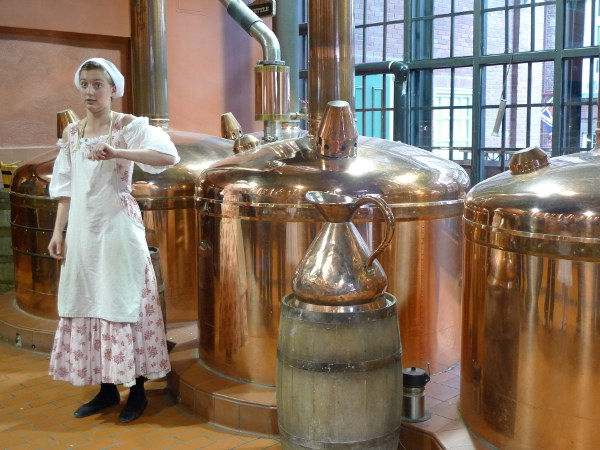 At the end when we were descending down the secret tunnel that Keith had build between his house and the brewery (supposedly — I couldn’t picture the location logic in my head) we all gave a big Gaelic Slàinte mhath! (Slancha Va!) for the beer and the tour. 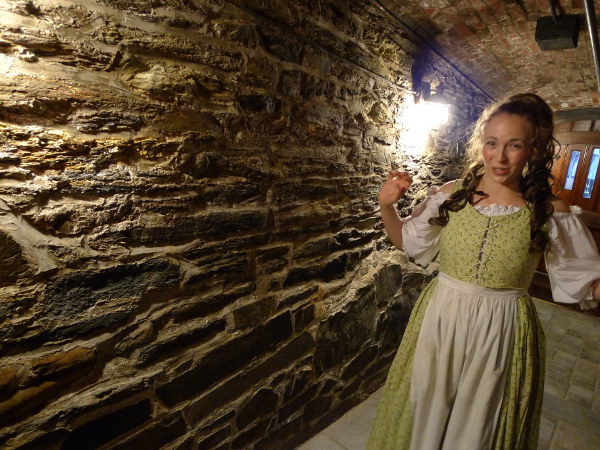 2 comments on “Alexander Keiths, Halifax”Add yours →