If you’ve seen the movies Brokeback Mountain or Passchendaele you may recognize some of the buildings from the main street in Fort MacLeod (and perhaps the Main Street itself).

The area makes a good movie location because many of the buildings stand exactly as they have for 100+ years, which makes it difficult to date the town to any particular era. The effort that the town expends to devotedly guard its historical artifacts is impressive.

Queen’s Hotel (1903). The original Queen’s Hotel was a wooden structure but was replaced in 1903 with the existing sandstone structure. Sandstone is rather prevalent in Alberta and the particular stone used in the building of the hotel comes from a quarry next to Head-Smashed-In Buffalo Jump. The switch to sandstone probably saved the hotel, because in 1906 there was a large fire that destroyed other wood buildings on the main strip. It was later mandated that all new buildings be constructed using brick or sandstone. 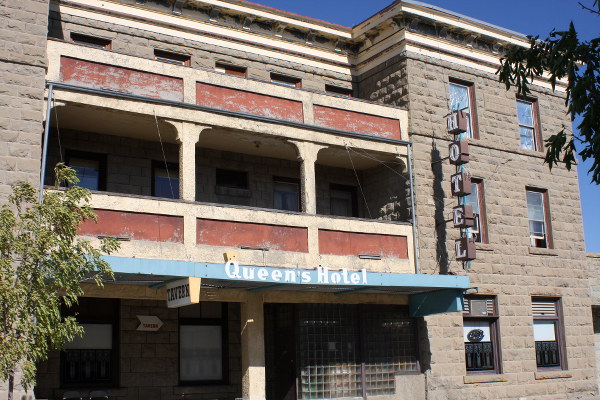 Andrew’s Hardware. This brick building was constructed in 1910. It has an attractive sandstone front including an arched second storey window, datestone and decorative parapet at the roof-line. Both owner William Kenwick and Stoneman John Callie were immigrants from Scotland who settled in Fort MacLeod. 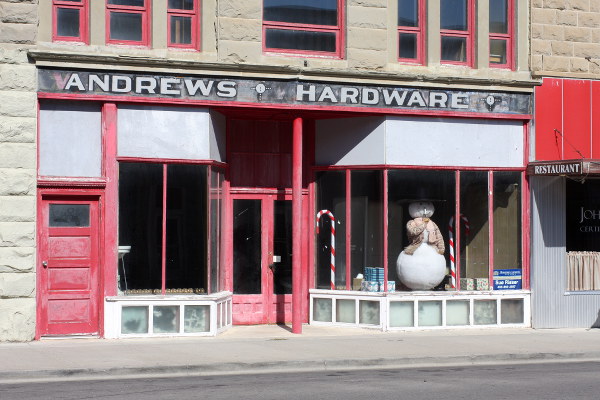 Empress Theatre. This 1912 building has a particularly interesting interior. Still intact are the original pressed metal ceiling panels, wooden floors and stage, and dressing rooms (complete with graffiti by touring vaudeville troupes as long ago as 1913). J.S. Lambert was the contractor on this building, too. The original owner was T.B. Martin. A small orchestra accompanied the vaudeville acts and silent movies that were show here three times a week. 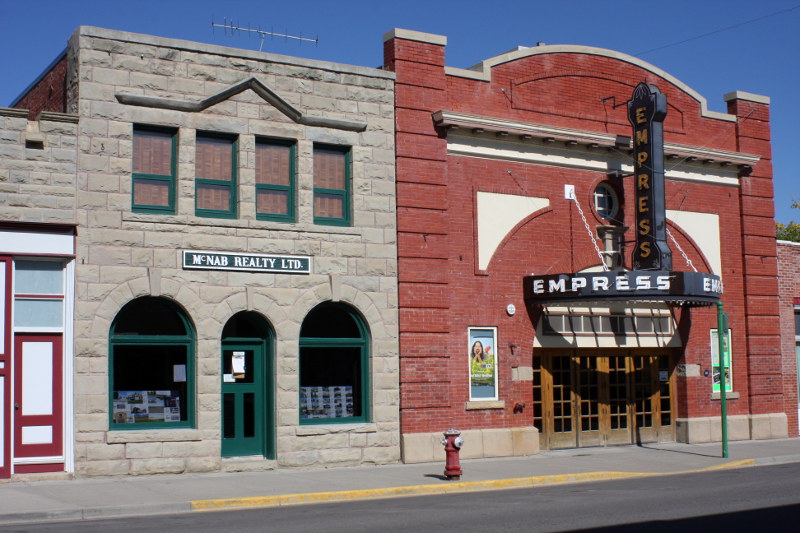 C.W. Stevens Building. Built in 1897, this building housed the town’s first Federal Post Office. It is a fine example of the ‘boomtown’ style which was characteristic of Fort MacLeod’s main street in the 1890s. Later the building was used as a Masonic Lodge, newspaper office and carpentry shop. The threat of demolition required its removal to this location from the main street – an action accomplished with the financial assistance of Alberta Culture. The Porcupine Hills 15 miles west of town are visible from this vantage point. 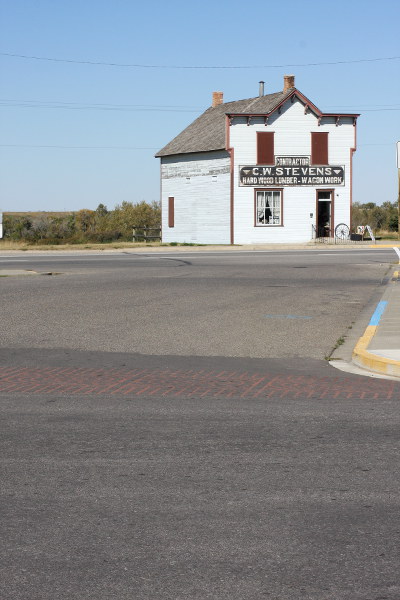