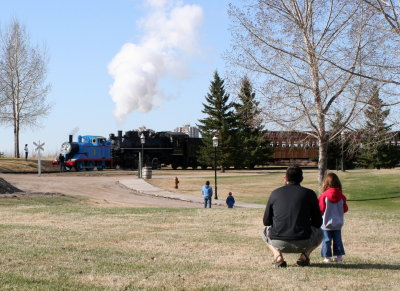 This is our second year with Thomas; and, while the first was frenzied, chaotic, tearful and full of meltdowns, this year was more relaxed because La Niña knew what to expect. That said, she was still scared and clung to dP with huge eyes for most of the Thomas moments.

We’re not the only one who experienced meltdowns, it was actually pretty common to see tears or hear screams when kids experienced the sheer size of Thomas for the first (or even second) time. After all, when you’re used to playing with / talking to / imagining with a small little train, to see Thomas in full glory must be pretty scary.

While sitting on the train we saw one little boy come running down the hill as fast as his little legs could carry him only to stop when Thomas came into in full view and gasp so loudly that everyone on the train could hear it. As his poor little eyes popped out of his head he bent over as if punched and then stood gaping and paralyzed for a really long time. 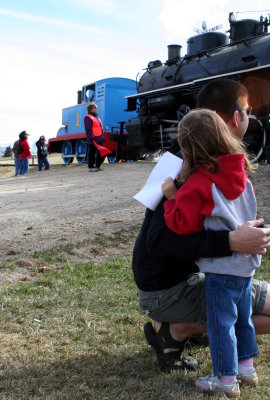 Our encounter with Sir Topham Hat was different. La Niña was curious about what made him tick. Instead of being scared like I thought she would be, she poked and prodded and asked questions like “what kind of shoes are those” and “how do his fingers work?” I couldn’t get a picture where she wasn’t staring at some part of his body. 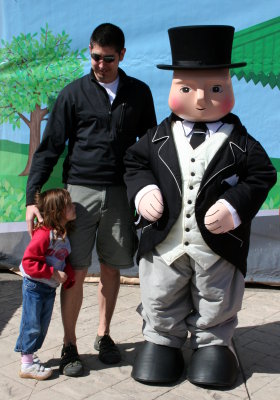 The biggest difference between last year and this year was we managed to pick up Thomas ride tickets. This meant we all got to ride in Annie / Clarabel as Thomas pulled us around the park. This was exciting for La Niña, however, not in the way we expected. She kept comparing the trip to the Polar Express and even went so far as to think the conductor was the Polar Express conductor and held her ticket tightly in her hand because she was so afraid of losing it like in the movie. 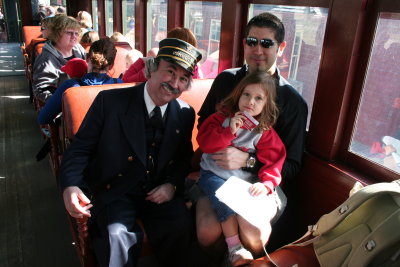 In all it was a fun day with lots of excited running, sudden exclamations, wide-eyed wonder, and a couple of head on collisions with other excited kids who were running without any real focus. 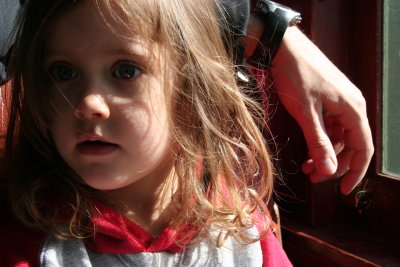 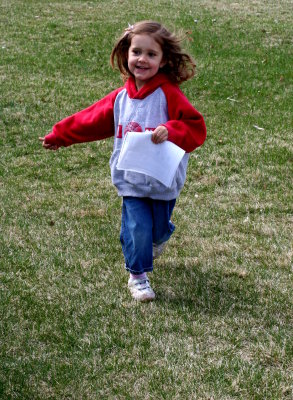 2 comments on “A Day Out with Thomas”Add yours →