Rather accidentally we discovered the Cork Heritage Pub Trail… unfortunately it was on one of our last days in the city so we were only able to visit three of the older city pubs: Mayne Pharmacy, Mutton Lane, and the Vicarstown Inn.

So, in one evening we did a “mini pub-crawl” and sampled wine from each of these three interesting establishments in Cork’s city centre.

Unlike in North America, kids are allowed in the pubs in Ireland as long as they are with a parent; they also need to be out by 9pm/10pm… timing depends on the season. The visits below happened before, during, and after happy hour when you have to go to the bar to order drinks. 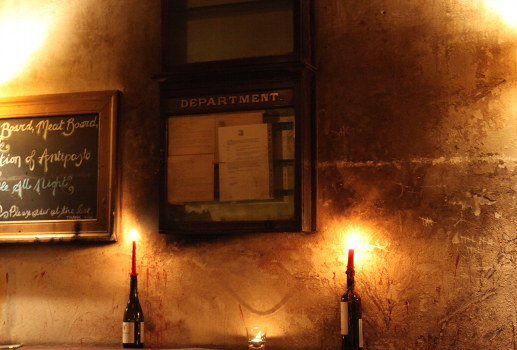 As the story goes, Arthur Mayne is a chemist who also had a taste for wine. Little has been done to change the interior of Mayne’s Pharmacy (except for the addition of some high tech wine systems); as such, it maintains it’s 120-year old charm.

We sat in a dark back area and sampled wine as we gazed at hundreds of years of atmosphere and character still visible in the walls and beams. The bar runs wine and cheese tastings (almost constantly). And, even the bathroom gets in on the charm… you can look at old pharmacy paraphernalia mounted in the wall as you go to the loo. 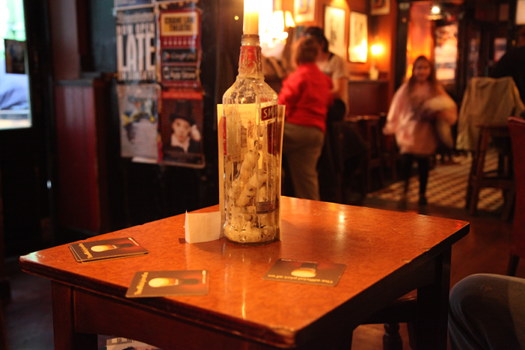 It’s a bit hard to avoid this little establishment because it is intertwined with the main city core and is part of the street on which farmers used to drive their sheep to market. As such, “Mutton Lane” is one way you can get into the English Market and to do so leads you past this little pub.

This establishment somehow feels like it is underground; like you’ve strangely transported yourself into the Lord of the Rings and are enjoying an ale in the middle of a hobbit hole. To get inside you have to pass unique artwork painted in the outdoor smoking area. Lighting is via candles which add to the ambience. 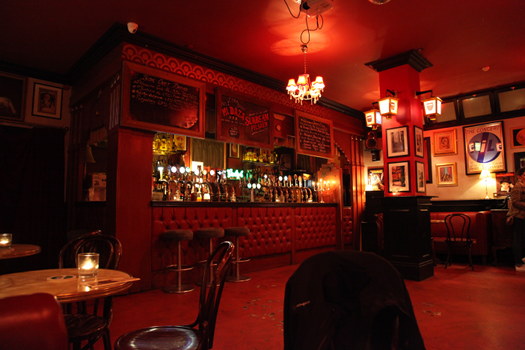 From the Heritage Pubs website: Old in character but with a modern twist, the Vicarstown Inn follows in the great Irish tradition of pub owners naming their premises after the village or townland that they themselves originated from.

This was the last destination on the tour… and one of the more interesting. The walls were lined with old (but framed) band posters and had more than its fair share of dark lurking corners. While were there there it was rather quiet but you could see the place fills fast and stays packed most evenings.

0 comments on “Cork Heritage Pubs”Add yours →