Rue Drummond is part of the Golden Square Mile and is like many other downtown Montreal streets: eclectic and downright pretty. It’s also home to some well known Montreal landmarks and two of my recent favourites are within spitting distance of each other: the Salvation Army Citadel (now owned by Alcan) and the Mount Stephen Club (a house originally built and owned by George Stephen). 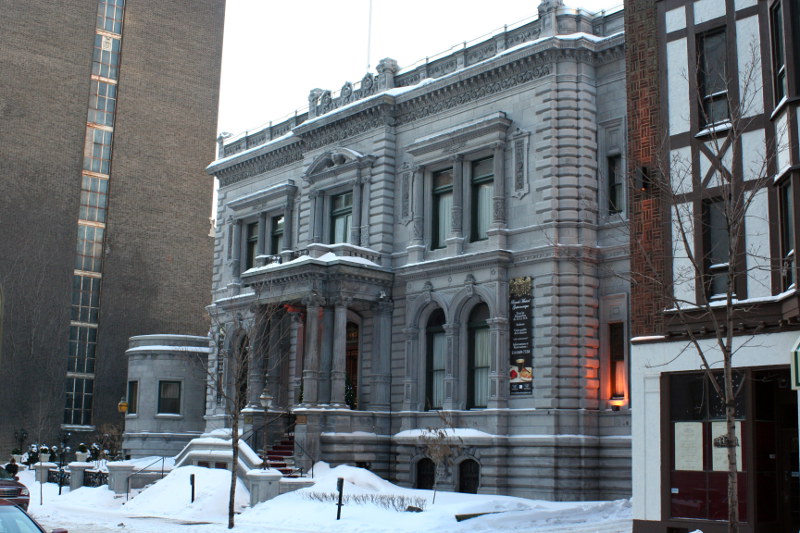 Maison George Stephen was built by William Tutin Thomas in 1884 for George Stephen — a Scotsman, banker, founder and first President of the Canadian Pacific Railway. It’s modelled as an Italian Renaissance palace and during its construction artisans were brought in from Europe to make the inside as grandeur as the outside (think oak, walnut, mahogany, rosewood, onyx, marble, 22-carat gold and hand-painted tiles).

The Golden Square Mile thrived until the 1930s when most residents, broken from the war and impoverished by the depression, left. This coupled with an increase in automotive traffic started a general decline and degeneration of the neighbourhood.

However, while other mansions disappeared and were replaced with modern glass buildings, a realty company acquired the house and it was eventually turned into a private Men’s club (women were only allowed after the 1970s). It was given the name Mount Stephen Club in memory of its original owner. Few changes were made to the house over the years and as such it maintains its Victorian-era charm. 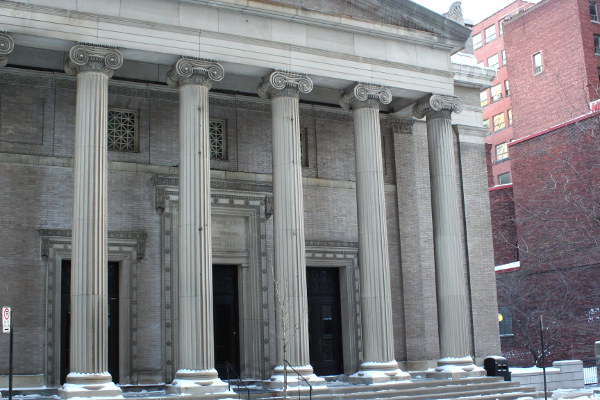 This was a hard move for the Salvation Army but in selling the building they hope to save up to $300,000 a year in operating costs. Colonel Glen Shepherd, CEO of the Salvation Army in Canada says: “The money from the sale, even after the costs of rental and occupancy in our new home, will allow us to divert $300,000 a year to mission use in keeping with our raison d’etre.”

0 comments on “Rue Drummond”Add yours →