I’ve discovered a great new human source for SF/SV/SJ adventures (cycling, food, events, food trucks, coffee, running, trails). By November last year, I thought I’d run my way around Silicon Valley (according to the interwebs)… but apparently, I was mistaken and had not even scratched the surface of what is available. My “source” who’s name is “Dave” gives me great trail recommendations that kill me every week (and secret parking locations too).

This hiking adventure is not one of those.

I discovered Antioch on my own because as locals put it, why would you want to stop in one of those pass-through towns. And, when I stay “discovered” I really mean to say: my GPS died, I got lost, stumbled upon a Black Diamond Mine on the backside of Mount Diablo, and then decided it looked like an interesting place to stop.

This turned out to be a pretty brutal “hike” because it was hot, there is little in the way of cover from the sun, there’s a fair bit of elevation, and the trails go on and on without any indication of looping or ending. I’m also convinced that it would be really easy to walk your way back to San Francisco or to a completely different town without ever seeing a sign (or die from heat exhaustion or thirst along the way).

Thus, this exploration ended up being less about fitness and more about creature discovery. It always amazes me that life can exist and thrive even in the harshest of environments. This reserve is simply full of life and it isn’t a stretch to see multiple critters on one walk. 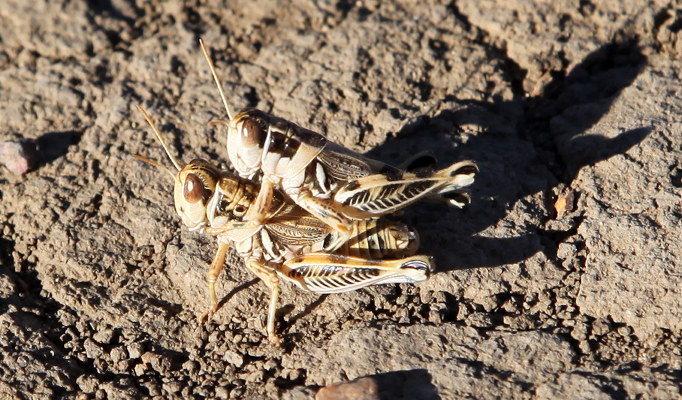 These little buggers continuously launched themselves at my legs as I walked through the park. It was like being in the middle of a life-sized game of Frog Hoppers. These pint-sized beasts will eat anything… because they’re locusts. 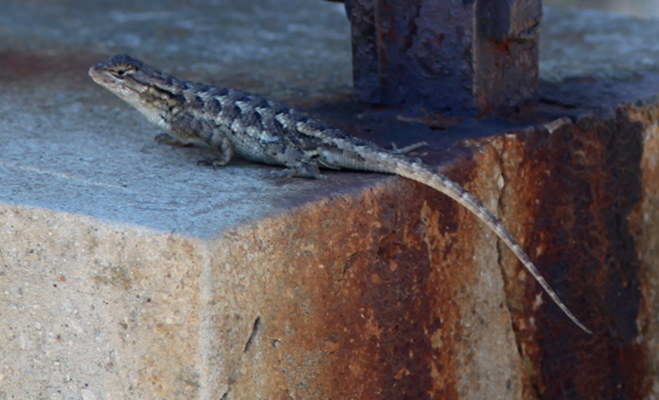 Lizards are another common sight in California… there were so many in this park that I had to be careful not to step on one accidentally while walking. I couldn’t actually determine/validate if this was a Fence Lizard because it was too fast for me to see if its belly was blue. 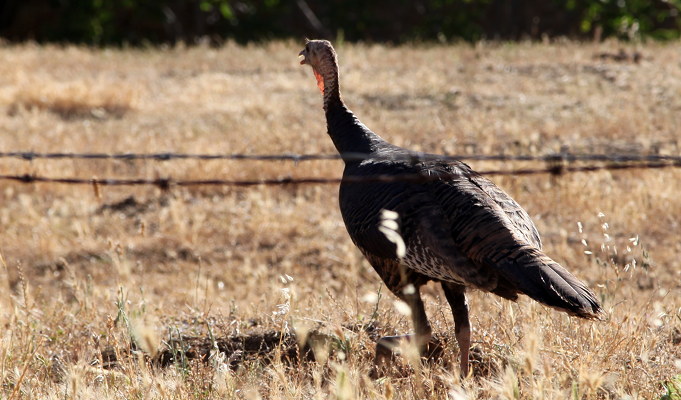 I have extremely rotten luck with turkeys. I often see the whites of their eyes as they chase me whilst puffing up and making loud startling noises. It’s not like I’m bothering them or trying to get close. I’m usually just running or standing when they go berserk. This one decided to stay away… because I was in a car. Smart turkey. 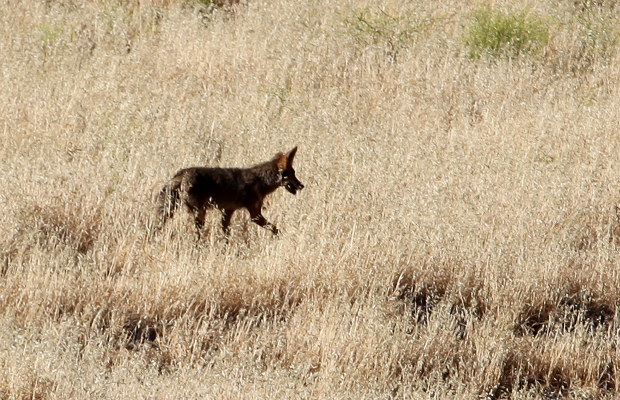 Unlike the loud and violent turkeys, I’m often stalked by deer and coyotes. This particular coyote stayed with me for quite a while as I explored the park. Every once in awhile I’d think he’d moved on to a nice juicy gopher, but then I’d hear the gophers vocalizing “danger, danger” to each other and then I’d see his head pop up from the grass… like a periscope.

The one creature I didn’t photograph was a rattlesnake that decided to bake in the sun on the road leading to the parking lot. Rangers quickly came along and gently shooed it away before it got squished by some overzealous driver. I have to say, word travels fast when animals are on the road.