The Foodtruck scene is very much alive and well in SF and SJ, and thanks to Off the Grid, SF’s foodtrucks can be booked and frequently find themselves parked around the larger Silicon Valley companies like Facebook, Zynga, Google, YouTube, and LinkedIn.

Some companies have what is called “Foodtruck Friday” while others bring trucks onto their campus daily. And yes, they are free for employees. The Perk Wars are still alive and thriving in Silicon Valley.

I can’t speak for all companies, but the trucks that frequent Google and YouTube’s campus don’t arrive with full street fare; generally, they are restricted to two items that are not always allergy/restricted diet-friendly (first world problem). Here are some fan favourites: 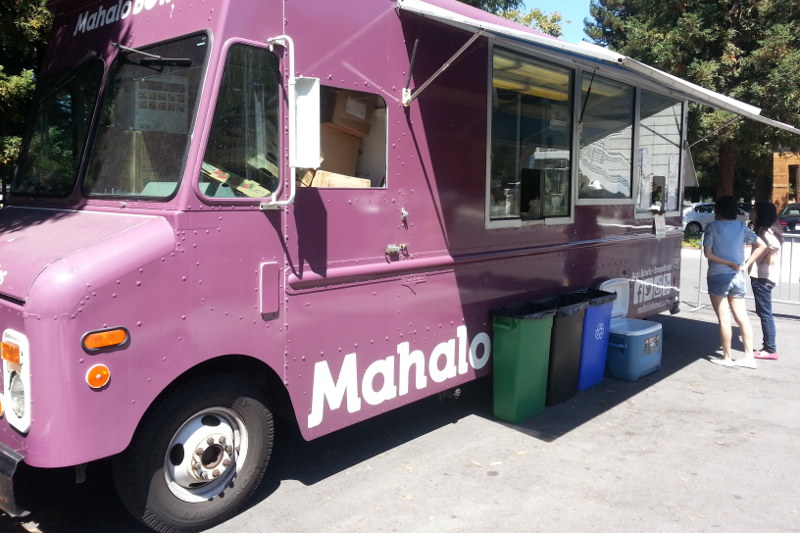 I’ve had my team trained to ping me whenever the Mahalo Bowl is seen on campus. I’m a sucker for their acai, strawberry, and coconut bowls. For others, this is known as the “dessert truck.” 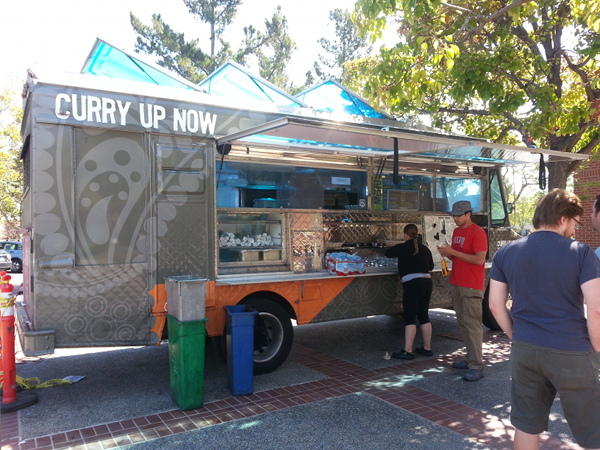 I’m no stranger to Curry Up Now. Their shop in Palo Alto is one of my lunchtime favourites. But the truck came before the shop and has achieved icon status. Unfortunately, none of the GF offerings are available during Silicon Valley campus visits. 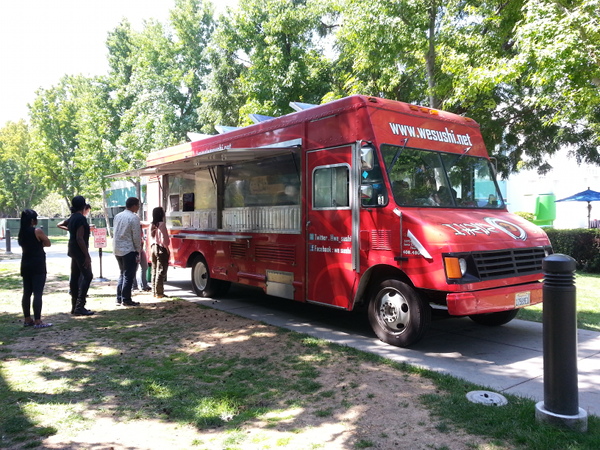 There are two words that get people excited when referring to We Sushi [link removed]: the lobster roll. I don’t understand the appeal because in my mind lobster = poverty food but to aficionados of sushi, this is the cat’s meow. If you’re lucky enough to get to this truck when it opens, grab a lobster roll immediately because 15-minutes later they are sold out.

Arguably the most popular of all the trucks, I’ve seen people binge on waffles, chicken, and maple syrup in ways that border on insanity. When the chicken/waffles combo arrives, people rush the truck from all angles. Completely unsafe for celiacs. Just breathing the air around this truck will make you sick. 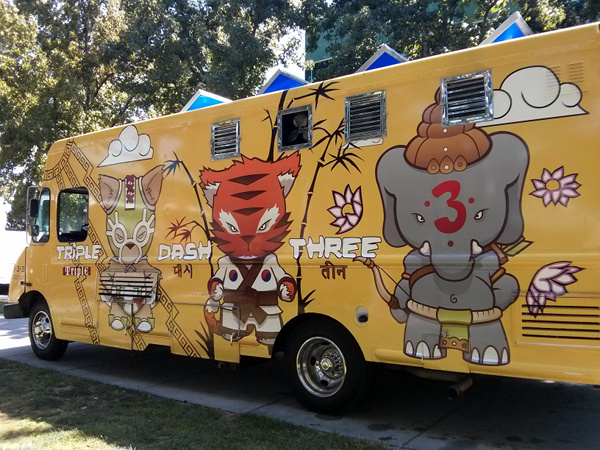 I call Triple Dash Three the United Nations of foodtrucks because their offering is a fusion of Mexican, Korean, and Indian. This is the next generation of those “kimchi tacos” that we saw in the 2010s. 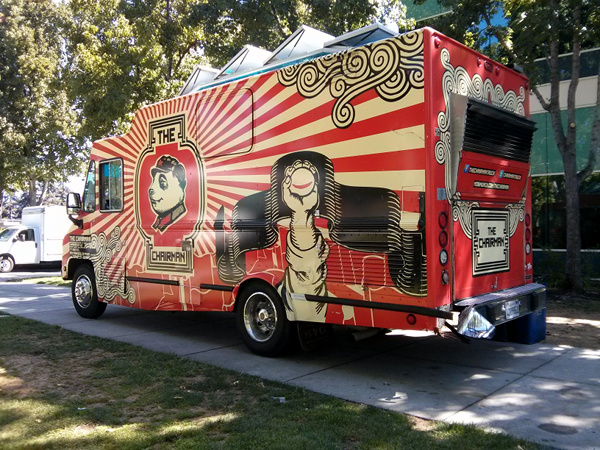 The Chairman truck is constantly voted “the best in SF” by numerous magazines and websites. The fare is essentially sliders with a Taiwanese twist and served on a steamed Gua bao. This little truck stirred up a fair bit of controversy when it first launched: the original truck name “Chairman Bao” came from a signature dish from a restaurant in New York. The restaurant quickly trademarked the name and the truck was forced to become “The Chairman.”

0 comments on “Food Trucks of Silicon Valley”Add yours →