One of the barriers to me hiking or running after work is the lack of light, the other is a lack of knowledge of the city I am in. And, because I can see very little in a place I don’t know, I feel unsafe. So, running season for me starts in the spring and ends in the fall when there is no longer light in the evenings.

As such, the discovery of LA Night Hikes was exciting. This means hiking at night with a large group of people who know the trails around the city. Presumably, there is safety in numbers!

For my hike the number was large: 46… and I managed to convince some coworkers to tag along. We did lose people along the way (the hike was too difficult or they had something they needed to get to and had to leave early). I believe our total loss was 5 people by the end.

Our hike was originally listed as a Cat. 4 hike, but was later changed to a Cat. 6 hike because it involved a lot of uphill climbing. Personally, I would have classified this a Category 4. It was not overly difficult and seemed to be more focused on the social aspect of hiking (rather than the fitness aspect). The plan was a 2-hour hike, but I felt it could have been condensed down to an hour and a half. A lot of time as spent trying to get a group photo at the 3/4 mark (I’m hiding mid-pack in the back behind the girl in the grey hoodie and black hat).

I’d recommend this for building a connection/friendship with other hikers in the Los Angeles area. I wouldn’t say this required a high level of fitness but they do run Cat. 10 hikes on the weekend. 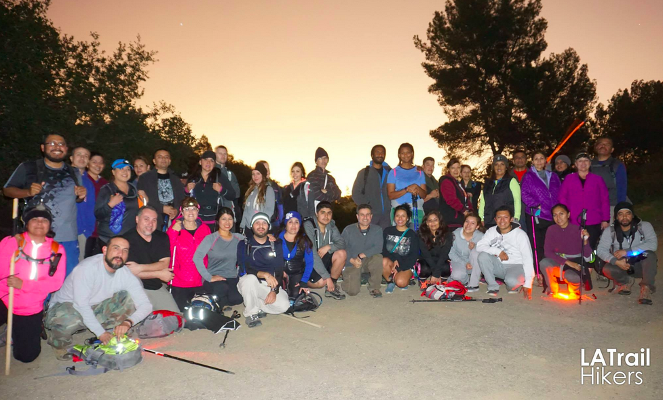 0 comments on “LA Night Hikes”Add yours →