This week is the Premiere of Jupiter Ascending… with Sean Bean, Mila Kunis, Channing Tatum. I thought this movie was already out because the movie posters are all over Hollywood: at bus stops, on billboards, and even crowding the view from my hotel.

However, I was wrong and the premiere for the movie on Feb 2; this was the first time I’ve seen the actors/actresses as they arrived for a premiere. In this case, I was able to snap a crappy photo of Sean Bean for his photo call (he’s under the green arrow). 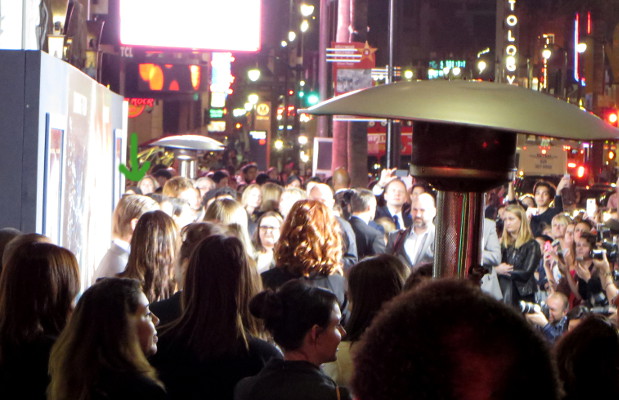 Here is the image from the front. Only official press photographers are allowed to be close enough to take photos of the stars as they arrive. 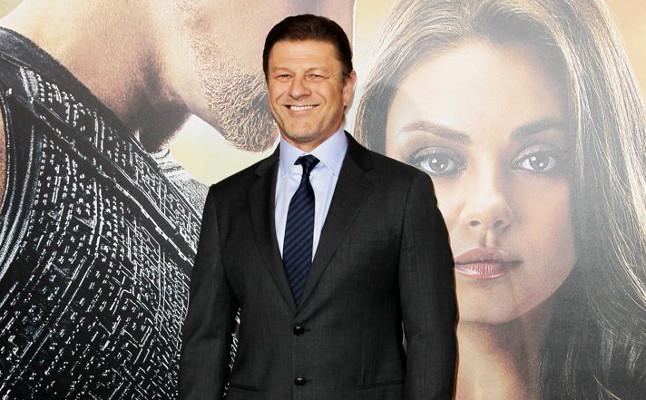 This brings to mind another side of Hollywood… the Paparazzi. They hang out in the back alleys and side streets, in hopes of catching a photo of someone arriving or leaving an event.

In particular, there’s always a group of paparazzi waiting behind Jimmy Kimmel’s studio. In the photo below, they were waiting to photograph whoever was in the van. I’m not sure who it was, but they were all afraid and were preparing to run if “he” turned violent.

It was at this exact moment that I decided to actively avoid they back alleys… it seems wrong to me… to photograph people in those moments when they don’t want to be photographed. 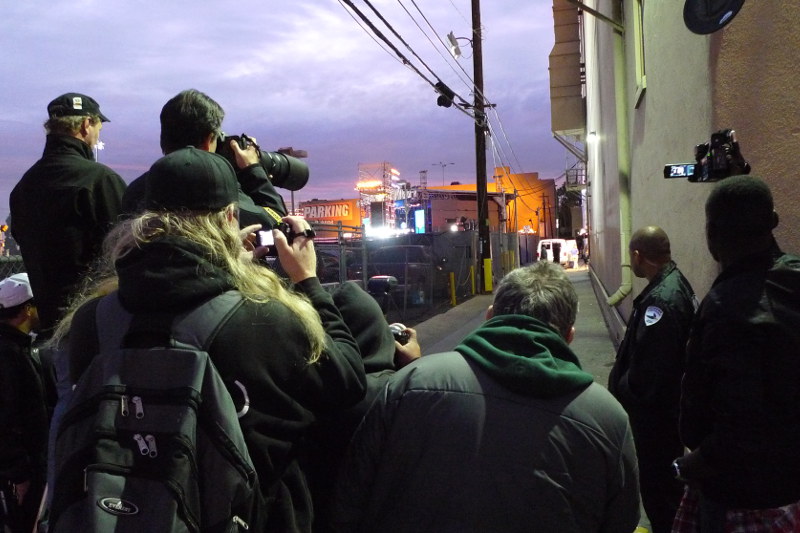 Stars of the Week

On the other side of Hollywood Boulevard, there were two-star ceremonies during the week: Ken Ehrlich and Dick Gregory… both added within a block of each other on Vine.

Ken Ehrlich’s star was added to the street just outside Capitol Records, which is rather fitting because he’s the producer of both the Grammy and Emmy Award ceremonies. He himself has been nominated for six Emmy Awards (as a Producer): The Beatles: The Night That Changed America, The 53rd Annual Grammy Awards, Eric Clapton: Nothing But The Blues, The 30th Annual Grammy Awards, the TV show Fame, and the children’s program Grandpa, Will you Run with Me?. 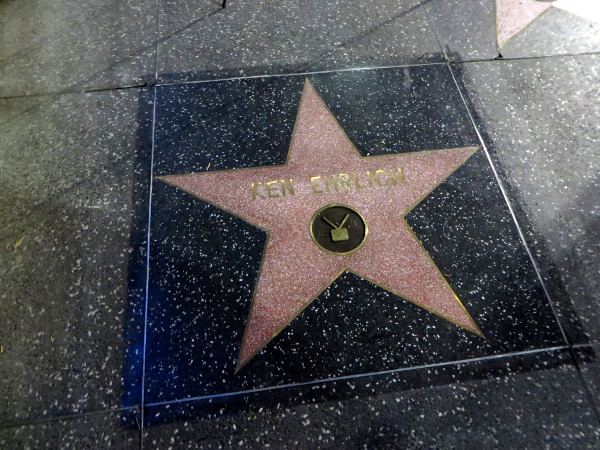 Comedian and activist Dick Gregory was added to the walk on Vine surrounded by plenty of celebrities, personalities, friends, and family. To say this man has had an impact on the entertainment industry for Black performers is an understatement. He believed that he (as a Black man) should be treated no differently than others in the industry… at a time when everyone treated minorities poorly. And, he didn’t stop here, he spent his life fighting for racial equality, women’s rights and environmentalism… all while evolving his career as a comedian. 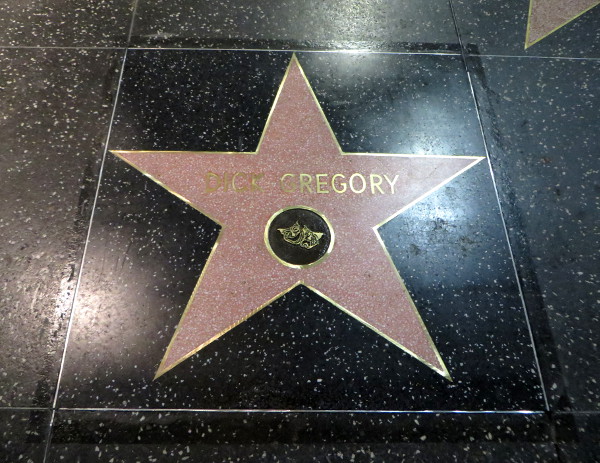 0 comments on “From the Blvd: Bean, Ehrlich, and Gregory”Add yours →