It seems that in Dutch, there are dozens of words that can be used to describe a house that takes in the poor or destitute: beguinage, hofje, goedhuis, Godshuizen. Each one has a subtle meaning (depending on who is supported) but in English, the word “hofje” roughly translates to “almshouse” and Alijn’s House is a 14th Century almshouse/hospital that took in sick and destitute children in Gent.

Unlike other countries in Europe where governments set up institutions, during this period in Dutch history it was trendy for wealthy Gent citizens to privately found and fund almshouses. All tend to have a similar architectural set-up: a series of houses that form a tight interconnected “warren” of buildings that surround a cobblestoned or grassy courtyard. 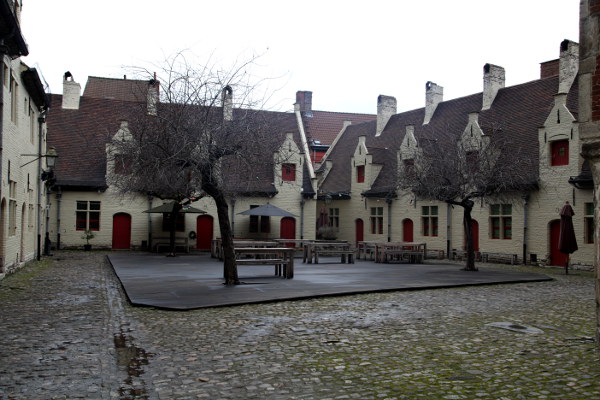 Alijn’s was created in 1363 at the end of a lengthy feud between two families: the Alijn and Rijm families. Two of the Alijn sons, Hendrik and Zeger, were murdered by Rijm family members during a fight at the nearby St-Baafs Cathedral.

As penance for the murders, the Lord of the town, Count Louis van Male (a.k.a. Louis II, Count of Flanders), demanded that retribution be paid in the sum of £200 Parisi to the Cornelian family and a Godshuizen built on land provided by the victim’s relatives. This is in the legal documentation and both “Parisi” and “Cornelian” are Roman and Celtic terms/concepts so I’m confused about their use in 14th century Belgium. Perhaps this is legal jargon that came to Belgium from Rome.

Today, the second level of Alijn’s House showcases a plethora of children’s toys, old medical devices, and even takes an unabashed look at the harsh reality of the deaths that happened all too frequently in the hospital. One worker said that people did not want to get attached to the children because they knew they would eventually die.

From looking at the artifacts in the museum, it appears as though religion was a strong theme used when dealing with sickness and death. 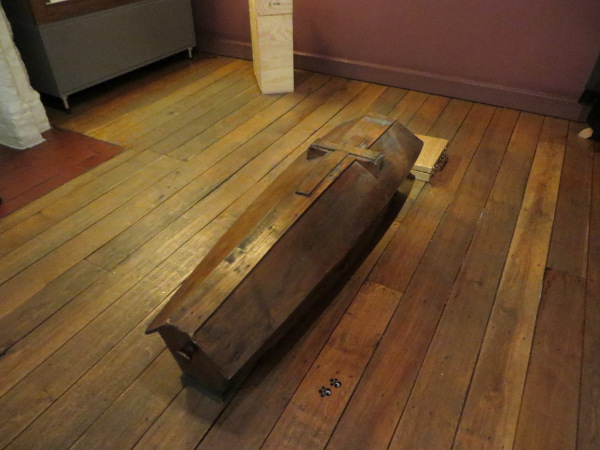 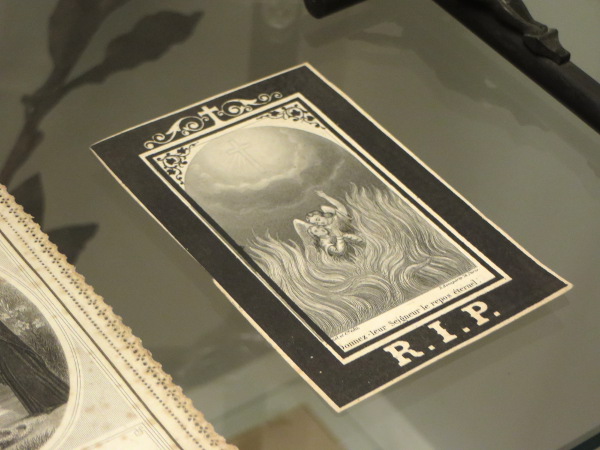 Further along in the courtyard is the more upbeat “folk museum” that has several rooms, each dedicated to a different era in modern history; the rooms dedicated to the 60s, 70s, and 80s, which provide a real trip down memory lane.