Meet the Seine River: it’s 776km long, the second largest river in France, it starts at Source-Seine just North of Dijon, and ends at the English Channel. It runs through Paris and is crossed by 30+ bridges within the city. 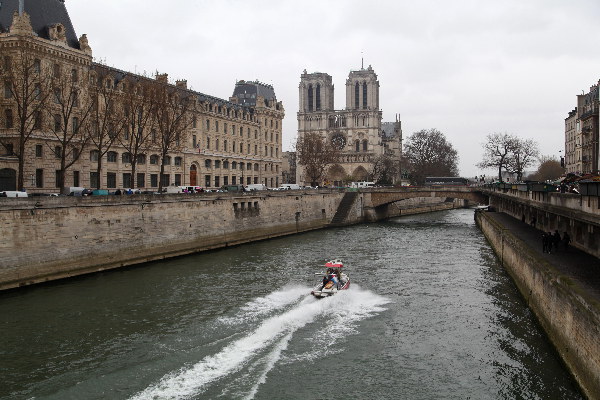 Throughout history, it also happened to be commonplace for ash scattering (e.g. Joan of Arc), a dumping ground for murder or accident victims, and a popular destination for those wanting to commit suicide… especially during periods of hardship and starvation like the French Revolution where frozen bodies were regularly collected from the doorways in Paris, as well as from the Seine. – Source

And, even more notoriously, the murky waters of the Seine were often used by officials to drown criminals, priests, protesters, and rebels (some as recently as 1961). Only Nantes and the Loire River is considered worse for government-assisted drownings.

Before the introduction of locks and reservoirs to tightly control the flow of water through the city, the river was lower but still dangerous and acted as a harbinger of death when it flooded and ruthlessly took people with it. Even today the river floods and the city reacts by moving precious works of art to higher ground; some of which (rather ironically) incorporates the Seine in the scenery. 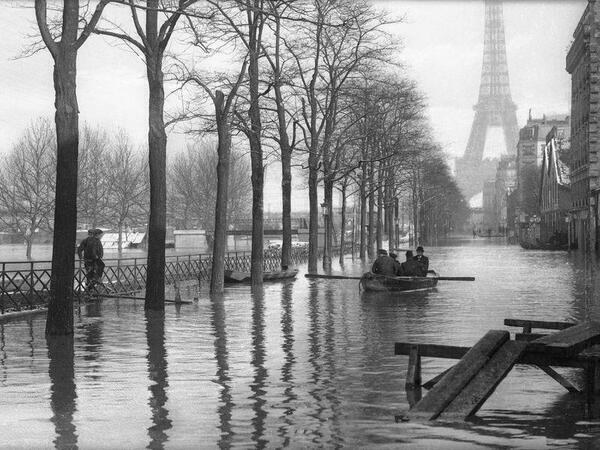 What does all of this mean? It means that Paris’s liquid heart has seen a lot of death. In French, la noyée de la Seine means the drowned of the Seine and those to whom it applies, exited the river and re-entered the world as a gruesome spectacle.

The Île de la Cité is a naturally occurring island in the middle of the river. It was from here that medieval Paris grew and spread out as a city. It currently is home to the Notre Dame Cathedral and the Crypte Archéologique.

Behind Notre Dame and at the edge of the island, was the location of the city’s second morgue. So many people drowned in the Seine that this morgue was added to the Quai de l’Archevêché in 1804 to handle the massive number of unidentified bodies that literally floated up to or were pulled out of the water near the building (between 1790 and 1801 the documented number was 410). 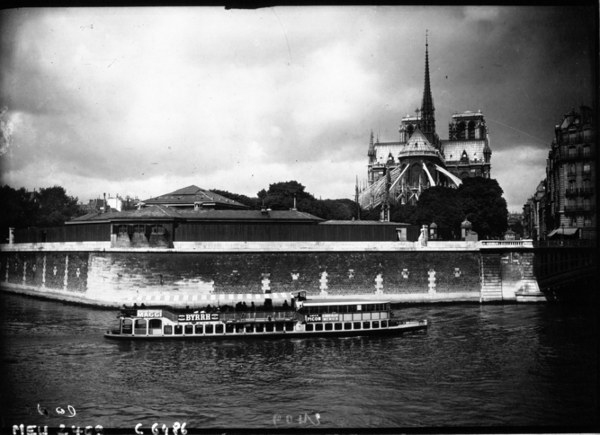 If you’re feeling particularly ambitious and want to practice your French, you can sift through public mortuary records at the Bibliothèque nationale de France. Or you could read Death in Paris: The Records of the Basse-GeˆOle De LA Seine, October 1795-September 1801, which details the meticulous records of two morgue assistants, Boule and Daudefrom, over a 6-year period. 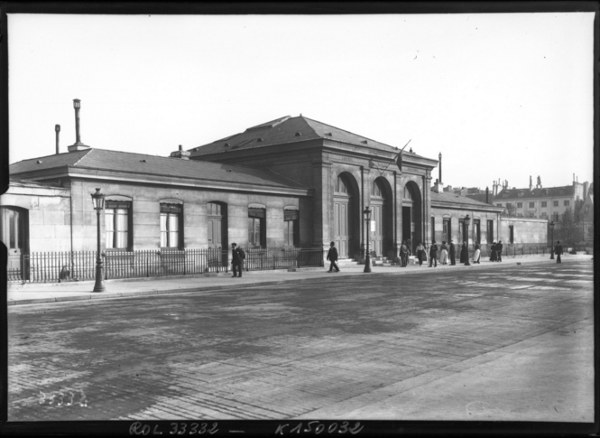 In 1868, in Haussmann’s Paris, an improved viewing / public exhibition space for viewing bodies opened at this morgue. In the improved building, the noyée de la Seine where processed, placed naked onto marble tables, their belongings hung on nearby pegs, and their bodies displayed visibly to the public. Locals called them Les Macchabées and would plan their day around viewings. 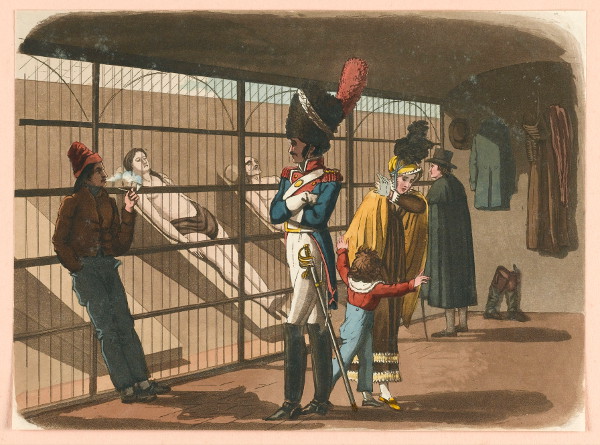 The Morgue receives corpses, not recognized, which have been taken away from the river or found within the jurisdiction of the prefecture of police, with which it is connected (2nd division, 4th office). It is open to the public from morning to night: but bodies are received there at any hour of the day or night. They remain exposed there for three days unless claimed sooner.

Parisians from this period certainly didn’t have a problem with death and locals began to frequent the morgue daily. The act of viewing the naked bodies through the morgue’s windows was so popular that the building became one of the city’s top tourist attractions… more popular than the Eiffel Tower (when it was completed in 1889), the Zoo, and the Louvre. Line-ups were long on weekends as people waited impatiently for their chance to view the victims that came out of the Seine.

But soon, the act of identifying bodies became second to the macabre desire to see the dead displayed like some sort of shop window display. The most popular victims (children, beheadings, executions) were displayed for much longer than the 3-days in order to draw crowds. 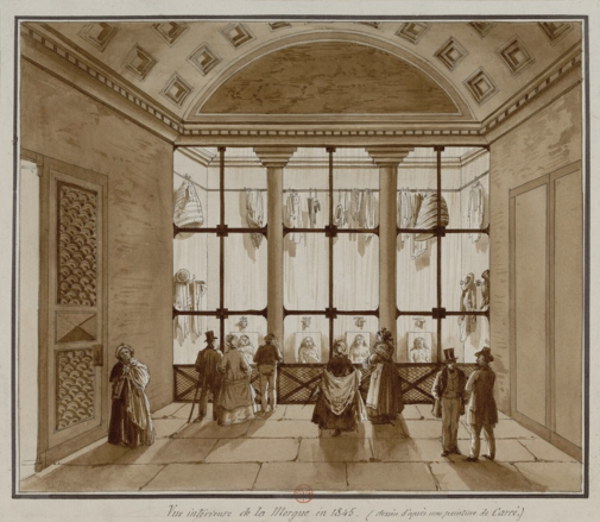 In March 1907 the morgue was closed for moral reasons. The practicality of putting victims out for display had long ended with the advent of photography. Coroners could simply take photos of the victims and post them on the door for people to identify. It was finally time for people to respect the dead. 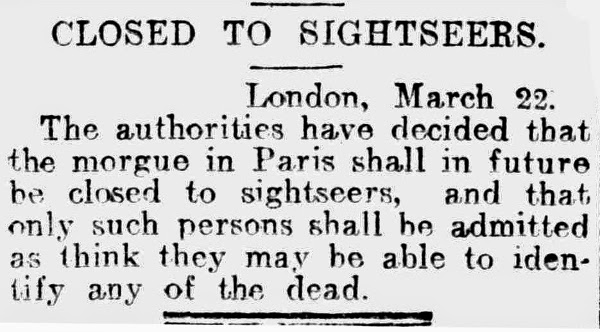 One of the more famous of the bodies *allegedly* pulled out of the Seine has been given many names: la vierge Inconnue, la belle Italienne, and more commonly, l’Inconnue de la Seine. In Paris, she is known as la femme la plus embrassée au monde, the most kissed girl in the world, for reasons I will explain in a bit.

In Parisian folk history, sometime in the 1880s a young woman (approximately 16-years old) was pulled out of the Seine and brought to the morgue. The coroner could find no evidence of violence or foul play so her death was ruled a suicide.

However, her face was so peaceful, beautiful, and intriguing that the people who worked at the morgue wanted to preserve her likeness. The common way to do this was to create a death mask. 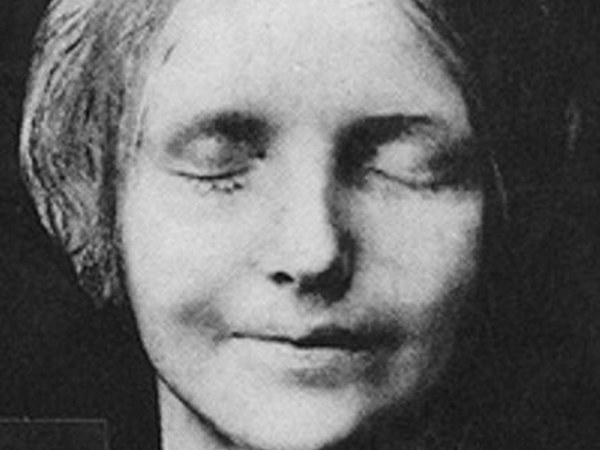 From here, her preserved-in-plaster face “went viral” and quickly became the inspiration for romantic stories throughout Europe. La belle Italienne quickly became the face that inspired an entire generation of women to strive to look like her; it’s even said that “the German look” from the turn of the century came from l’Inconnue de la Seine. Copies of the death mask became a fashionable fixture on walls around the city and in Parisian homes. Stories, art, books, and poems were all created in honour of this unknown young woman.

But there’s a twist. I used the word “alleged” above because no one has been able to find any record of a beautiful, young, Mona-Lisa-like girl being pulled out of the Seine. However, documents and research do show that a cast identical to that of l’Inconnue came from a young girl who died of tuberculosis in 1875.

All this said, does her face look familiar? 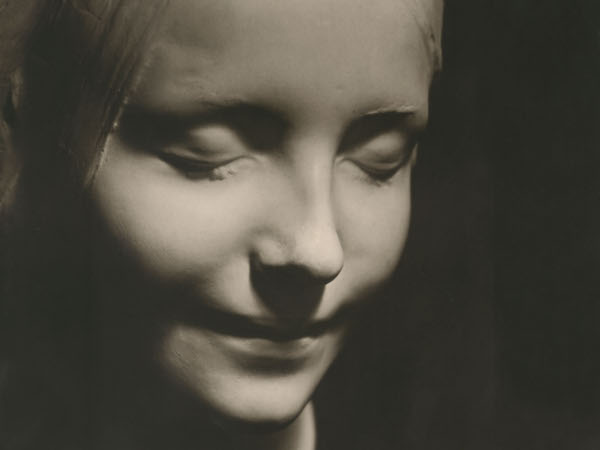 It should if you’ve ever done a CPR course. The mould used to cast the face of l’Inconnue de la Seine was used by Asmund S. Laerdal to create the first Resusci Anne doll in 1960. And, even though lifesaving technologies and techniques have evolved over the decades, the face of Resusci Anne has not and every time a person does “mouth-to-mouth” they are reinforcing the French nickname for l’Inconnue: la femme la plus embrassée au monde.