Paris is steampunk in a very complex and deep way. You could say that followers are les Vaporistes and that the industrial revolution plus the concept of uchronie appeared in French literature in the 1800s, but the understanding of Steampunk in Paris runs so far and so deep that it a part of the culture of being Parisian.

To understand how steampunk evolved out of Parisian life is way more complex than this, and there are so many other experts out there who can explore the gentle nuances. What we did discover during our time in the city were the blindingly obvious steampunk symbols.

One of the underground homages to Steampunk is the Arts et Métiers station, a.k.a. The Steampunk Station. It’s impossible to miss if you take the underground to the museum of the same name (make sure it’s the #11 line). 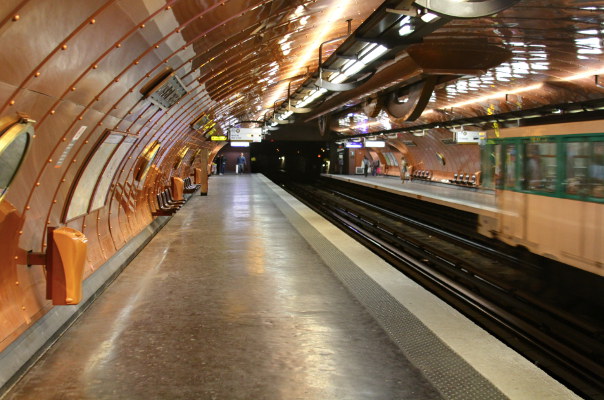 It smells like copper and stale underground air and was designed in 1994 to celebrate the 200-year anniversary of the Conservatoire national des arts et métiers, an organization created during the French Revolution to protect some of the scientific wizardries that came out of Europe.

The literal translation of Arts et Métiers (arts and crafts) doesn’t transcribe well into the cultural psyche. Arts et Métiers is better thought of as trades and inventions because some of the world’s most profound and important inventions are housed in this museum. There are so many incredible sights including Foucault’s pendulum (which held us captivated), intricate clocks, the complex locking mechanisms on Marie Antoinette’s bedroom door, and the pièce de résistance (in my mind), Leonardo da Vinci’s flying machine. 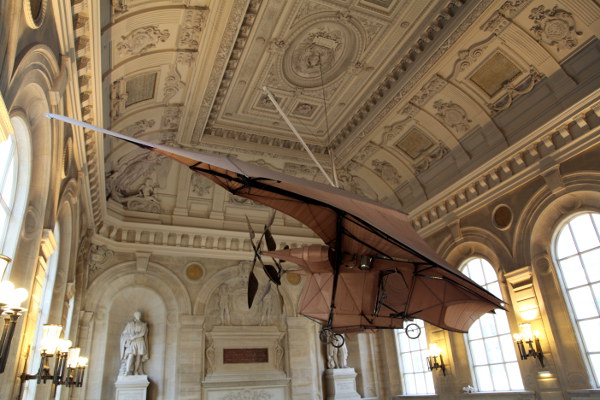 We did not intend to visit. We kept getting lost but all routes seemed to lead back to the entrance. I’m glad we eventually resigned ourselves to a visit because this interesting little ditty is largely bypassed for places like the Louvre and the Musée d’Orsay. Plan to spend an entire day at this museum because once you are sucked in, it’s impossible to leave.

In a lot of photos/graphics of “Steampunk Paris” the Eiffel Tower appears somewhere in the image. Sometimes by itself, other times connected to a series of cables used to dock or power airships. The Tower is often hailed as a symbol of the wonders of science and a great example of “modern” 1880s architecture. It’s the early innovations around pipes, lifts, mechanisms, and the height of 1000ft (deemed impossible in the 1880s) that make it truly remarkable.

Even the wrought “puddling iron” technique used in the construction of the tower was impressive and has withstood world wars and a whole lot of wind and weather. 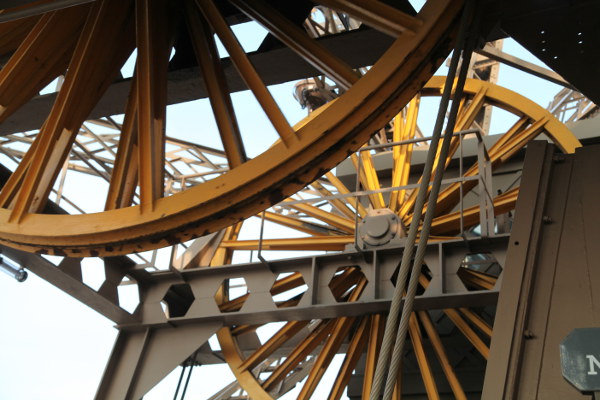 Imagine living in 1889 when the five hydraulic elevators finally went into operation and could take you to the top of the tallest tower in the world. The elevators had names like the Edoux and the Otis and the Roux-Combaluzier elevator. The Edoux was the only one of its kind in the world and was in use until almost a hundred years when it was dismantled in 1983. 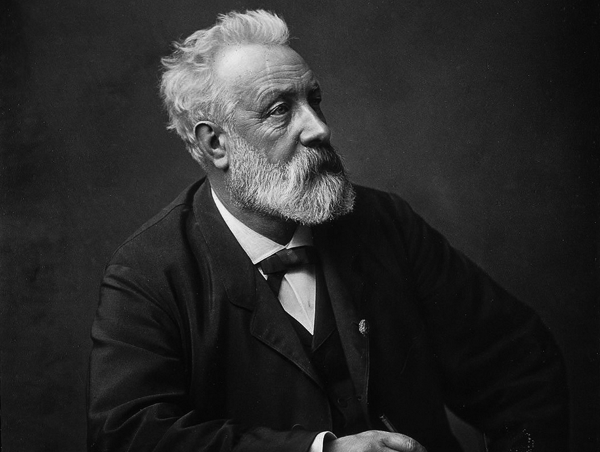 The bulk of the interwebs say that the inspiration for the subculture came from writings in the late 1800s… starting with La maison à vapeur by Jules Verne (1880). The modern translation of the title of the book is The Steam House but it was originally published as a two-book series: Demon of Cawnpore / Tigers and Traitors. The plot is set in India and focuses on the details surrounding the Bibighar Massacre, when 120 British women and children were massacred and thrown into a well/mass grave in Kanpur.

The “Steampunk” portions revolve around a mechanical house shaped like/pulled by an elephant powered by steam; it was used to transport the story’s characters through the “highways and byways of India, penetrating jungles, plunging through forests, venturing even into the haunts of lions, tigers, bears, panthers, and leopards…” Steam-powered vehicles were not entirely new to European readers, but Jules Verne seemed to be given credit for being the first to write about it.

February 8, 2016, marks the 188-year anniversary of Jules Verne’s birth (1828). Verne lived long enough to see the completion of the Eiffel Tower but not the creation of Le Jules Verne, the Michelin star restaurant on the tower’s second level.