The Panthéon in Paris is King Louis XV’s great contribution to the world of cemeteries… sort of. The original intent in 1755 was to build a church to replace the crumbling Abbey of St. Genevieve, but due to lack of money, it took decades to build and with the onset of the French Revolution (about the same time it was completed), Parisians decided to make the building a mausoleum instead of a church.

Many of France’s great minds are buried in the cavernous, marble, maze-like halls: Marie Currie, Voltaire, Rousseau, Honoré Mirabeau, Marat, Victor Hugo, Émile Zola, Jean Moulin, Louis Braille… and the list goes on and on and on. 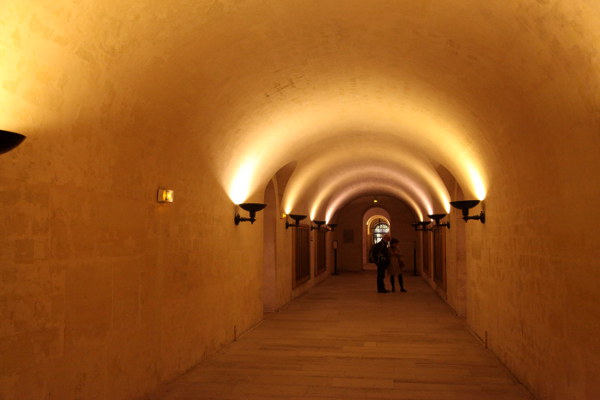 The macabre piece of this is that from the completion of construction in 1790 to today, luminaries and personalities from all over France are chosen, exhumed, and reburied in the crypt (if allowed by the family; if not, a piece of the body or soil from the original grave is used)… some to be removed later depending on the French sentiments of the moment.

For example, Honoré Gabriel Riqueti, the first person buried in the Panthéon, was later moved to an anonymous grave after he was publicly discredited and deemed a traitor. The “suicidal” Nicolas-Joseph Beaurepaire was moved to the Panthéon but the body disappeared at some unknown point (his family thinks he is still interred in Sainte-Menehould of Argonneand where he died and was never actually moved). And, the poor body of outspoken Jean-Paul Marat was buried, disinterred, memorials destroyed, and reinterred in the cemetery at Saint-Étienne-du-Mont; the tub he used to soak in (because of a skin ailment) is on display at the Grevin.

For others, their hearts were added to the Panthéon (e.g. Léon Gambetta, Jean-Pierre-Firmin, Jean Pierre, Jérôme-Louis-François-Joseph, Justin Bonaventure Morard de Galles) and their bodies buried elsewhere (or v.v.). It’s nothing new to have bodies move from place to place in Paris like a grotesque game of hide-and-go-seek… or like the dead are periodically moving to a different house. 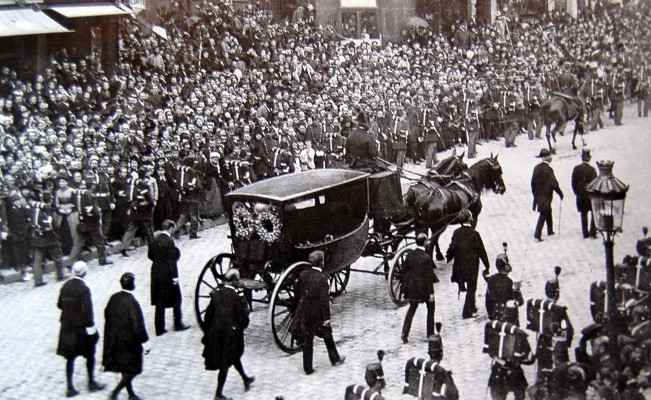 Above is Victor Hugo being taken to the Panthéon… though I’m not sure he would have liked the pomp and manner surrounding his burial (and final resting place) given he was an outspoken advocate of the poor and frequently wrote to bring awareness to poverty, political injustice, and Paris’ neglect of their national treasures. The Panthéon seems to be the antithesis of this… a largely ceremonial antithesis.

There is one other important player in France’s Revolutionary history who is memorialized but not buried in the Panthéon: Louis Lazare Hoche. His statue is often overlooked by visitors on their way to see Voltaire and Marie Currie’s tomb (with ashes encased in lead to prevent radiation poisoning). 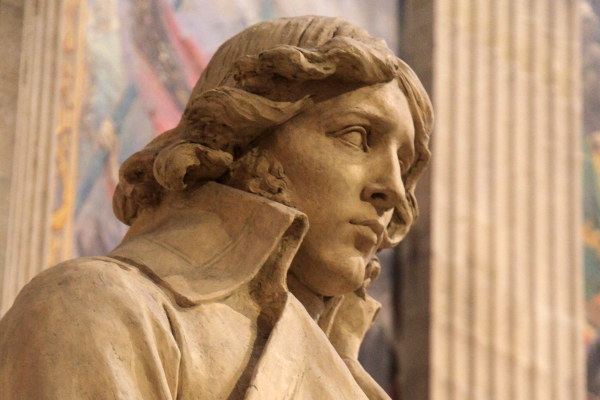 General Louis Lazare Hoche’s story is one fit for the dime novels of America or the penny dreadfuls of the UK… a story of intelligence, bravery, mystery, intrigue, fiction, and great romance; he was forged out of the French Revolution and his fast-paced military career spanned the length of it. His accomplishments and rise through the ranks are legendary and created a lot of loyalties with an equal number of enemies. He’s rumoured to have had a love affair with Joséphine de Beauharnais (pre-Bonaparte) and the establishment was convinced that his early death was from poisoning.

The French refer to him as le jeune et bouillant général and focus on how quickly he rose through the ranks and what he could have been if not murdered. The English talk about his military losses and how he was defeated on the Expédition d’Irlande. French women talk about the romance surrounding his marriage to Anne Adélaïde Dechaux and the tragedy of love lost. He himself talks about all of these things in his diaries.