After our Louvre experience, I decided to surprise La Niña and give her a different gallery experience: that of the Musée d’Orsay. The Musée d’Orsay was originally the Gare d’Orsay, a Beaux-Arts railway station that was once the terminus line for the Southwestern France Railways (1900). It was saved from demolition in 1970 and 16-years later finally opened to the public as a gallery (1986).

There are line ups at the d’Orsay but they go fast and the gallery (from our experience) isn’t as busy or full of aggressive people. The “surprise” part comes a bit later.

One of La Niña‘s favourite episodes of Doctor Who is Vincent and the Doctor, in which the Doctor and Amy help Vincent Van Gogh solve a mystery that involves a monster that appears in the window of one of his paintings, The Church at Auvers. At the end of the episode, there is an emotional scene where Vincent states that he doesn’t know why anyone would remember him… and the Doctor and Amy take him through time to a gallery to show him exactly how many people remember and admire his work. A passionate gallery tour guide (played by Bill Nighy) then proceeds to tell Vincent how brilliant he is without knowing that he is talking to Vincent Van Gogh.

Well… surprise… the museum that The Doctor takes Amy to is the Musée d’Orsay, which has a large Van Gogh collection; and, some of the paintings from the episode are here, including The Church at Auvers. My hope was that La Niña would discover the Van Gogh room and see paintings she is familiar with. I told her nothing ahead of time but that there was a “surprise” waiting.

When she discovered the Van Gogh section, there was a very magical moment… and she immediately went to The Church at Auvers to see if the monster was in the window.

I will also add that all the photos I took of Van Gogh’s paintings don’t do any of them justice. It is true when people say that Vincent’s use of colour was magical. His paintings simply shine when you see them in person. They have an ethereal quality that is impossible to capture by camera.

Below is Starry Night Over the Rhone… 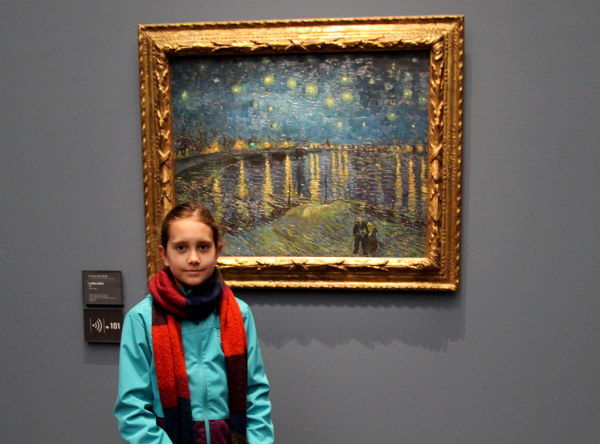 …and the Portrait of a Peasant, which is now one of my favourite paintings. When you see this painting in person the colour pops out of the canvas. It was like it shone from within. 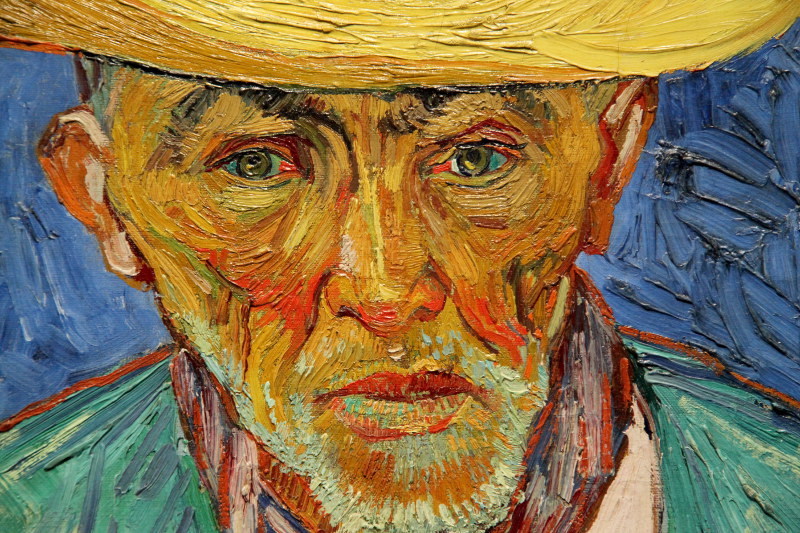 And, a self-portrait… Vincent certainly liked his self-portraits. I’m sure he would have been an ardent selfie fan. 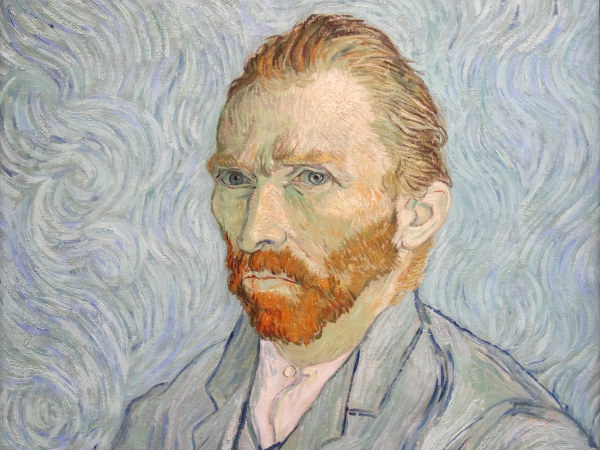 But moving past the Van Gogh Collection, this museum also has the largest and most comprehensive collection of Impressionist and Post-Impressionist paintings in the world, which includes famous works by Monet, Renoir, Manet, Sisley, Pissarro, Degas, Cezanne, and… drum roll… Van Gogh (post-impressionist).

Below is Monet’s Study of a Figure Outdoors: Woman with a Parasol. 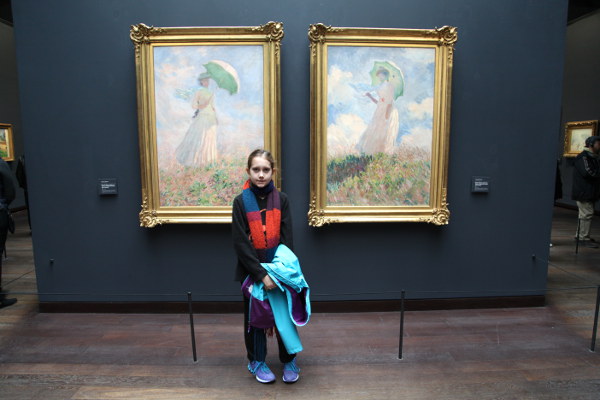 We wandered amongst the Impressionists for a very long time before moving on to other areas in the gallery. It’s possible to spend an entire day at the Musée d’Orsay and see most of the works on display… but it will take the entire day. I will also throw in that the cafeteria here is markedly better than what we saw at other galleries.

2 comments on “Musée d’Orsay, Paris”Add yours →