“Every show we’ve done at the Sunset House of Blues has been a party. Everyone who we’re friends with who’s not on tour shows up, either to jam or drink or just hang out. And I’ll really miss that. Sunset Boulevard has lost its last great place to play.” — Frank Bello of Anthrax to Blabbermouth

The House of Blues has been an institution on Sunset Boulevard for 21-years; it opened its doors in 1994 amidst much fanfare and pandemonium. As the story goes, the doors didn’t open on time and celebrity guests were waiting outside and getting antsy; actor Dan Aykroyd was directing traffic (in a police uniform), and there was a frenzy inside of people trying to get ready for the show. The headliner for HOB openings is traditionally the Blues Brothers, and in this case, they were supported by John Fogerty and Bruce Springsteen. When the doors finally did open, it was a night to remember.

But now the HOB has closed its doors to make way for some sort of glass-metal-hotel monstrosity… and one of the last bands to play before the Aug. 3 shutdown was Anthrax. Upon discovering this concert, I couldn’t pass up the opportunity to get tickets. The House of Blues holds a lot of unique history. Anthrax is a great band. It’s a place I’ve always wanted to visit. And, the company I am currently doing work for offered the tickets as an opportunity to “breathe customer oxygen.”

First the history piece: the HOB has one of the largest collections of Outsider Art in the world; works created by people considered on the “fringe of society” — inmates, institutionalized patients, and people who live with an incredible imagination or with an extreme mental condition. 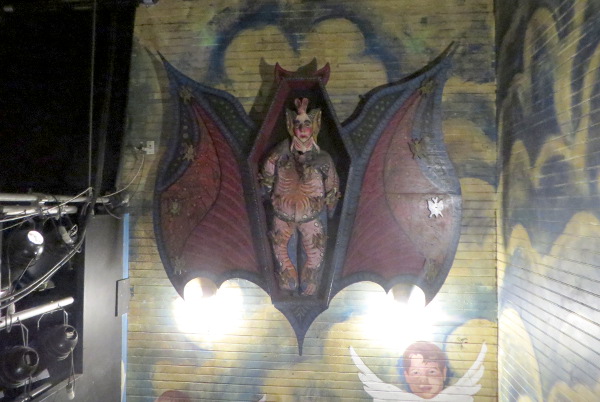 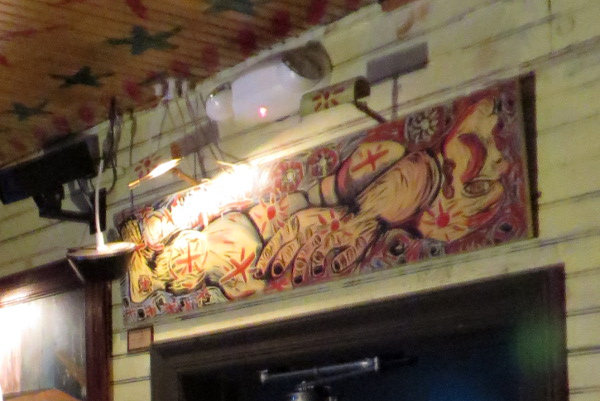 Beyond the art, the building is ripe with urban legend.

One particular story holds that the building is lined with tinfoil that comes from a house connected to Mississippi Blues musician Robert Johnston. Johnston is on the Forever 27 list and ranked by Rolling Stone magazine as the 5th greatest guitar player of all time. He was a small-time Blues musician from the 1930s who was unknown in his lifetime, but quickly rose in musical influence and popularity in the 1960s when his recordings were “discovered.” He didn’t live to experience fame; he was murdered at the age of 27, during his musical prime. Urban legend has it that he sold his soul to the devil to gain success… only to have his life taken away at a young age. Others say he was poisoned by a jealous husband who accused the artist of flirting with his wife. No one really knows the truth because Johnston’s life and death were both poorly documented.

Another story holds that every stage in a House of Blues facility contains a box full of Delta Mississippi mud. The box is there to bring every artist who performs closer to Mississippi roots and the Southern spirit that drives the Blues. This is likely that this is true.

All this history aside… this particular Anthrax concert is one of the best concerts I’ve been to. The music was bang on. The crowd moshed with full intensity. The people-watching was completely awesome.

The first time I saw Anthrax was over 20-years ago… and this rendition of band members is almost original (except for Jonathan Donais who joined the band in 2013). They played all the classics: Caught in a Mosh, A.I.R., Bring the Noise, I’m the Man, Got the Time, Madhouse, Among the Living, Medusa, Lone Justice, a Skeleton in the Closet, and Efilnikufesin (N.F.L.).

One of the realizations I had in the midst of all this is there has been a lot of life between discovering my first Anthrax record in Quebec City (1987) and now… a lot of big/scary/interesting/difficult/wonderful life. For a moment it was like those 20-years had never happened… and then it crept back into my psyche.

Here’s some of the video I took from the show:

0 comments on “Anthrax! Last Show at the House of Blues!”Add yours →