Kingman is where I left Route 66 and headed south towards Mexico. The goal was to take the 95 all the way to Yuma, Arizona… and on the way stop at a bunch of unique little towns, some with people names like Blythe, Brenda, Ripley, and Parker. I had business in Yuma and was looking for two Missions that have eluded me for a long time.

Arizona State Route 95 is not to be confused with the I-95, which is one of the interstates in the Eastern US. SR-95 is desolate, sun-baked, and lined with scrubby brush, burros crossing signs, and sporadic tall columnar cacti. It is so hot that you’ll see road mirages the entire way. I saw no life and only a handful of cars.

It was on this drive that I learned to fear the soft shoulder beside the roadways. In a lot of areas, this is soft sand and the vehicle will sink into the sand… like driving in soft. loosely packed snow. If GPS fails (which it does), and you get on the divided freeway and head in the wrong direction (which happens), know that you can’t drive across the soft sand separating the road (even though you want to) because your car will sink and be lost. You’ll have to drive to the next town (which I had to) and turn around. And sometimes, the next town is a bazillion miles away… there can be up to an hour of driving time between turn-offs.

Yuma was once called “the gateway into California” because this is where travellers and wagon trains could cross the Colorado River and pass from Arizona into California. Now it is known for it’s close proximity to the Marine Corps Air Station Yuma, which is the city’s number one employer. 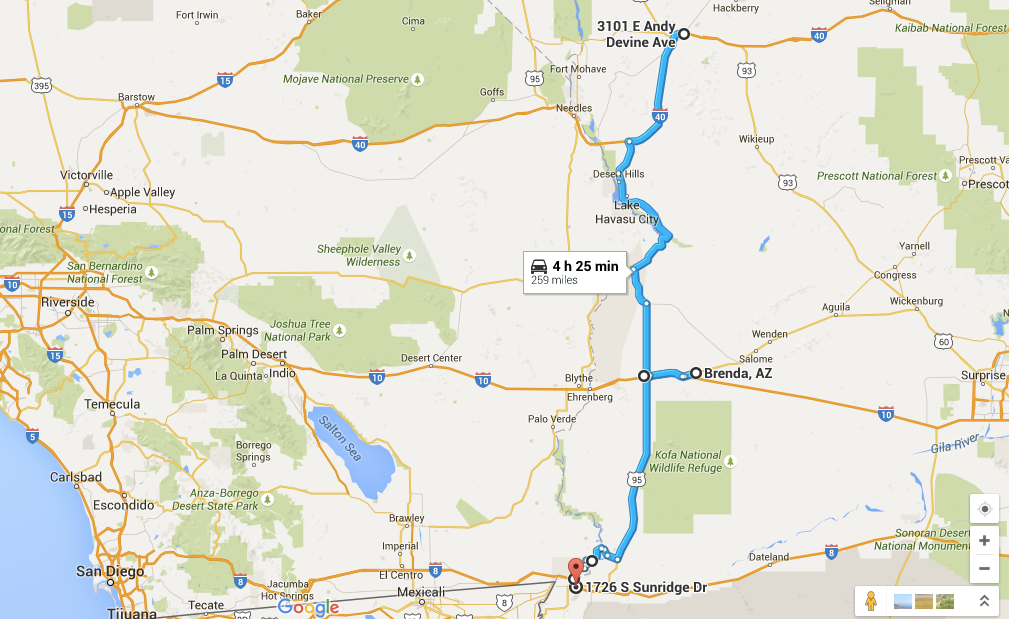