From Hesperia, the plan was to take Route 66 to Kingman… to drive from California to Arizona… through ghost towns, desert, and old winding, bumpy, twisty roads. Route 66 is often less than 100 feet away from the interstate… but while the interstate is crowded and full of cars, the old highway doesn’t see a lot of traffic. It’s eclectic and fun… why wouldn’t you wend your way east on the old route? Interstates are boring.

I felt rather free-spirited and debonaire driving along Route 66 with the top of the convertible down. This lasted for only a short time on the first morning. Once the sun moved into the sky and the temperatures rose, the top went up, and the AC came on. I know… lame… but there were times when I stepped out of the vehicle to take a photo and I felt like I was stepping into a convection oven. I worried constantly that the wheels of the car would fall apart from the heat (the engine has its own AC that runs when the car is OFF). The route is full of tire debris and at one point I managed to melt off the bottom layer of my flip flops by standing in one spot on the road for too long!

But… moving along to Route 66… a road that’s seen renewed interest since the movie Cars came out.

Route 66 has many names: the Mother Road, Main Street America, National Trails Highway, the Great Diagonal Way, and the Will Rogers Highway. It was the primary route for east/west travel from Chicago to Santa Monica between 1926 and 1956; after 1956, the signing of the Interstate Highway Act signalled the decline of backroad highways. For some reason Americans like to drive on straight, boring roads… and to avoid the awesome, bizarre roadside stuff that the highway is famous for.

In terms of size, Route 66 crosses eight states (Illinois, Oklahoma, Texas, New Mexico, California, Arizona, Missouri, Kansas), is 2,451 miles in length and crosses prairies, plains, mountains and desert. The route is now only 80% drivable because many parts have crumbled away or are simply gone. But the journey between Hesperia and Kingman is still intact and very much alive. I only ran into one sudden road ending and a couple of detours.

Welcome to Route 66! It is a photographic feast.

The route from Hesperia to Kingman: 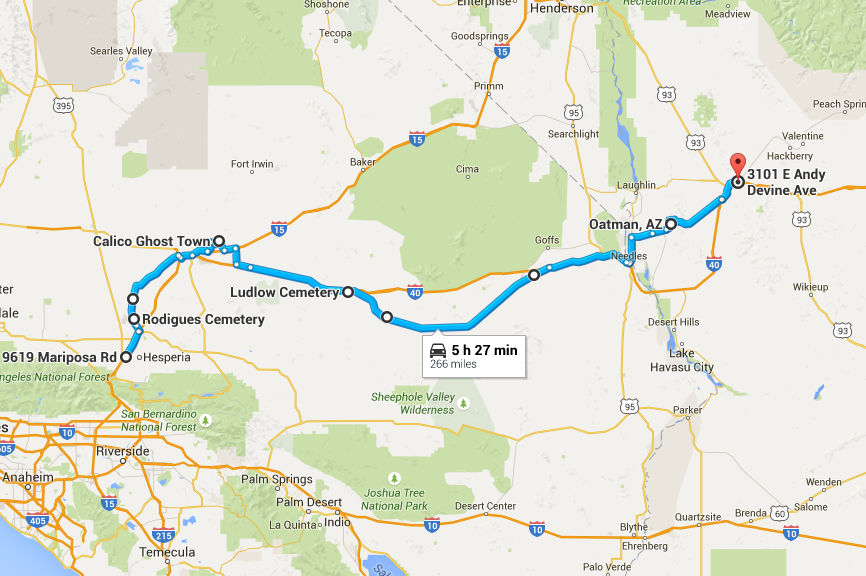 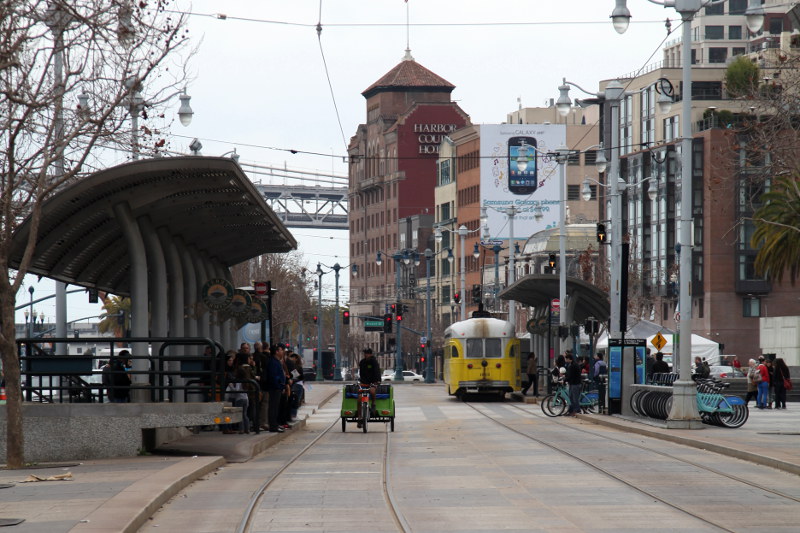 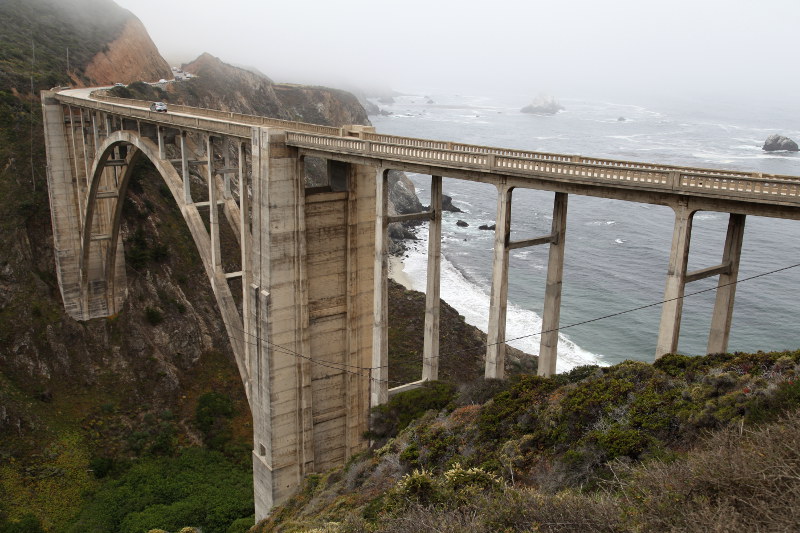 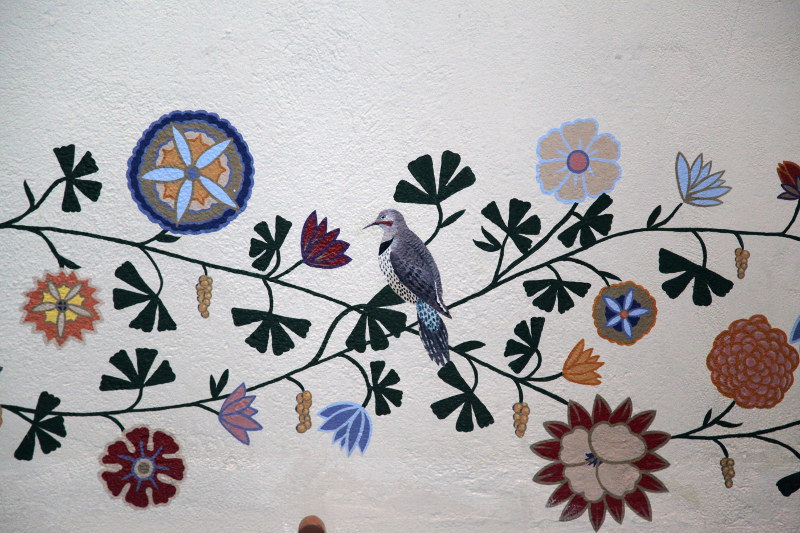