It hasn’t been a great year for roadside “you can visit at anytime” kitsch. In June, the Pont de Arts lovelocks were removed in Paris. In early November, the 20-year old famed bubble gum wall in Seattle was taken down.

However, in Toronto… Graffiti Alley still exists and it attracts tons of viewers daily from around the world (not that street art is kitsch — but you can look at it at any time of the day). In fact, the amount of art in the stretch of alley between Spadina and Bathurst continues to grow and increase in relevance.

Graffiti in this part of town is legal and many of the building owners commission artists/writers to paint murals their buildings. In 2010, The Globe had a “Graffiti Jam” and invited writers/artists from around Canada to contribute to the alley; since then other artists have added murals. These still exist and are, remarkably, still intact, which means artists are adhering to one of the basic laws of street art: the only person who can paint over an artist’s piece is the artist himself/herself.

I’ve meandered the alley on a few occasions. Most of the work in the alleyway are “pieces” with tags and throw-ups filling in the gaps. It’s been said that the graffiti in Toronto is some of the best in the world; the city certainly draws more than its fair share of local and international artists, some of whom are below, and some of whom I recognize from my travels. 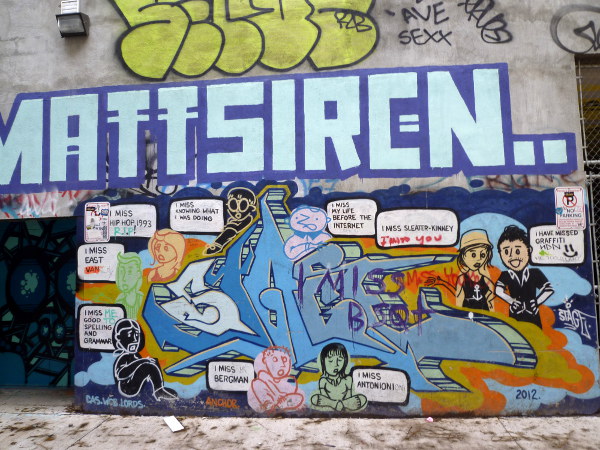 Matt Siren is a well known in New York for Ghost Girl, a face that has become an everyday sight in that city. Ghost Girl at one point graduated into the world of paintable, decorative toys; we once bought a paintable GG for La Nina. In Graffiti Alley, there’s a 2012 piece from Matt Siren that draws quite a bit of attention. It depicts a cartoon-like diatribe of what is “missed.” 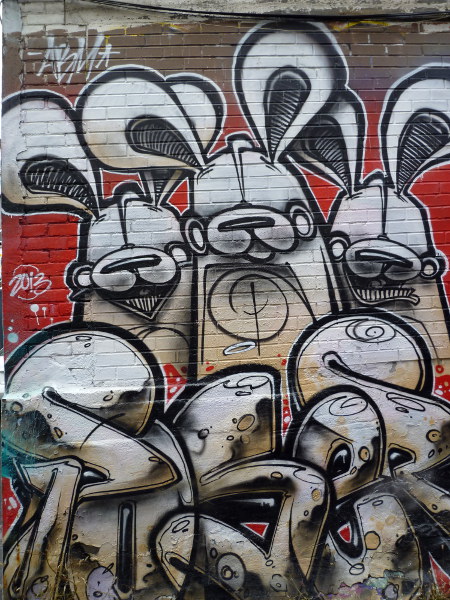 Poser is an Ottawa born artist who’s rabbits have multiplied all over Toronto. The “original” bunny was painted in Graffiti Alley during the 2010 Graffiti Jam. The bunnies above come from 2013. 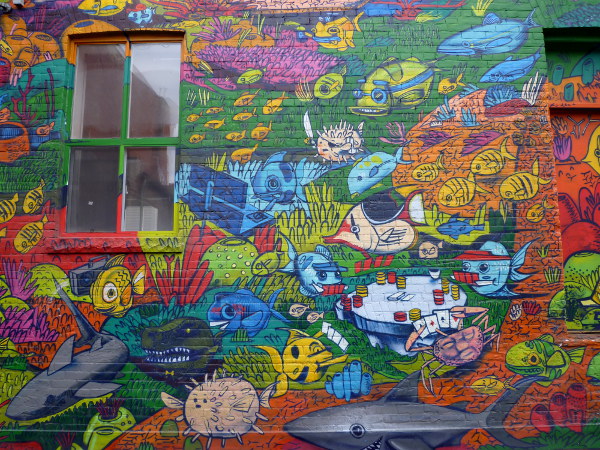 Uber5000 hails from Nova Scotia and is most known for his chickens, which are all over Toronto. His commercial stuff is big: like the seascape above and a similar looking one at Kensington Market. His chickens are in the alley too. 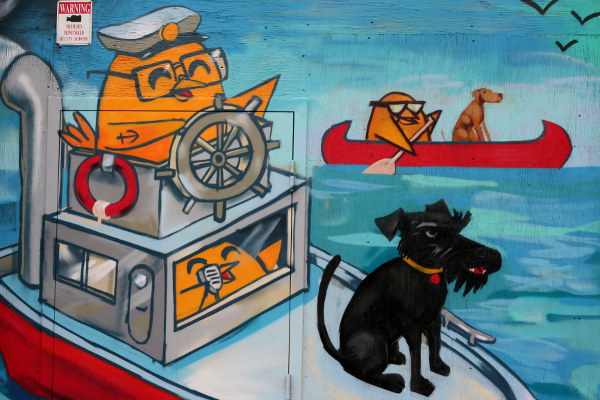 Another Poser Bunny and Wastoids 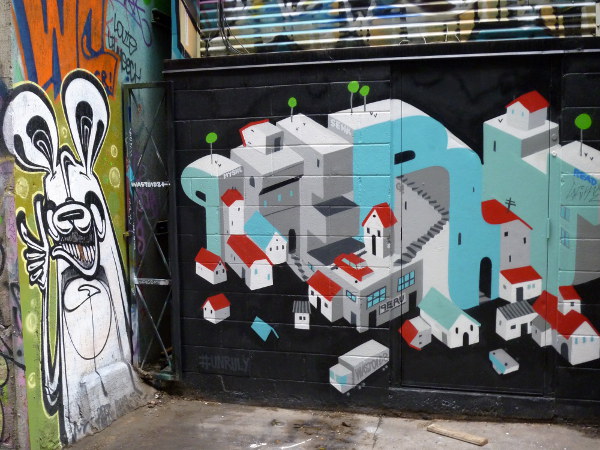 Wastoids hails from Lima and moved to Canada as a teen to finish his education. His works have a beautiful, communal South American vertical layered look that I love. His art is not limited to murals on buildings, he also works as a freelance digital artist and illustrator in Montreal. 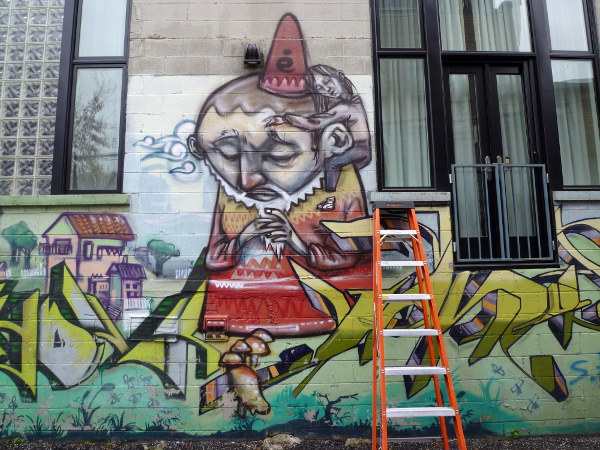 Elicser is from Toronto and is by far my favourite of them all. His work has a soft mystical quality and shows a lot of maturity and emotion. I also really like the fairy-like quality, it’s the inner geek in me. Elicser is known for creating Toronto’s hug-me tree which fell down after a storm in 2008.

One artist that I have not photographed is the British artist Banksy, who I have studied for quite some time and who I think is a woman (or a crew of people managed by a woman). There is a female touch to the work.

Like New York, Banksy hit Toronto in 2010 and left her mark; but, the problem with a Banksy is that once it hits the streets (usually overnight and under elaborate cloak/dagger) it is gone shortly after. An intact Banksy will sell for millions of dollars and often the artist will pick impoverished communities to highlight or “give” her art to (so they can sell it).

There is “apparently” a Banksy still in Toronto but no one will say where it is. So, I’ve got feelers out in the city. Surprisingly (or not), I do know a lot of people in the art community in Toronto (more than in Calgary). One day I will find it. I found it… and validated that it was a Banksy at http://banksy.co.uk/! 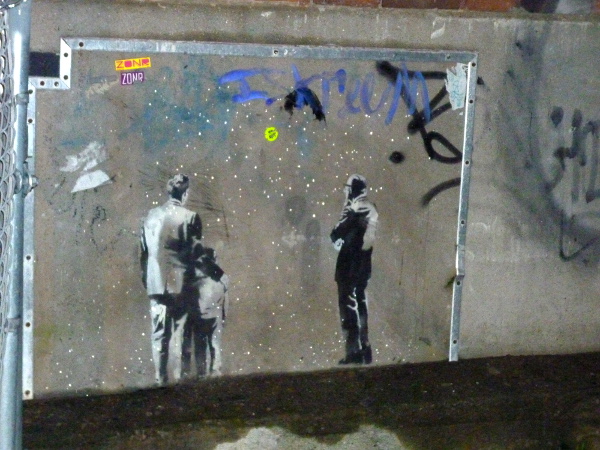 I’m not going to say where it is… but, I will say that the location makes complete sense!

3 comments on “Graffiti Alley”Add yours →