Medieval Music at the Fort 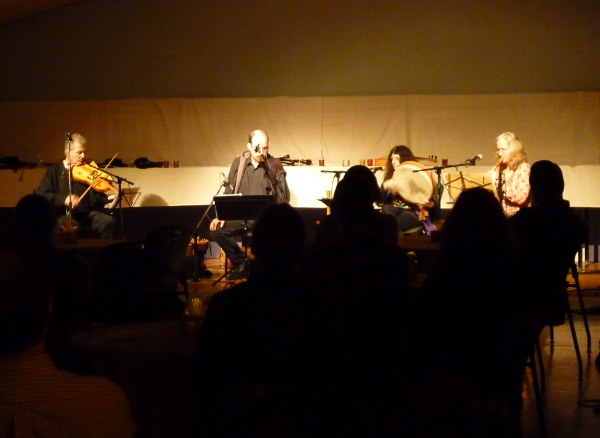 This is one of the more interesting things I’ve found in a while: at Fort York on certain evenings, you’ll find the gates open and if you wander in, you’ll hear music playing from one of the buildings. When I first discovered this, the music was being played by the The Scholars, Minstrels, and Vagabonds Collective, who I *believe,* are professors or students of medieval music at the University of Toronto. On this particular evening, they were playing medieval music from Western Europe.

I loved both the music and the stories told with the music. For example, when talking about the troubadours / trouvères / trobairitz of France, the musicians tell of one vida called A chanter from the Bels dous amics written by Comtessa de Diáwhich in about 1150. This is the oldest surviving lyrical prose with intact musical annotations written by a woman from the trobairitz era. The lyrics are hauntingly direct and tell an age-old story of romantic betrayal and how to move past the sadness to find happiness again. 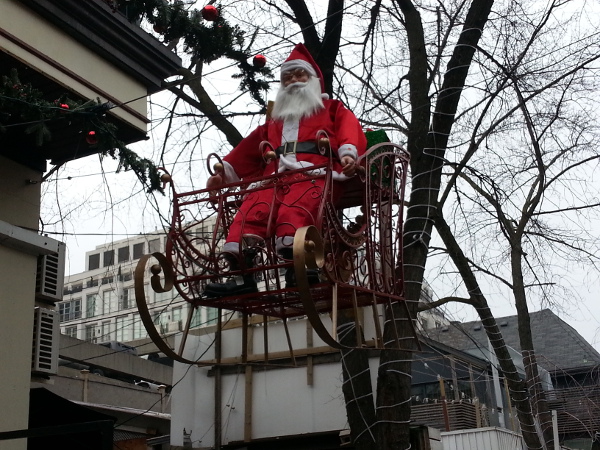 While watching medieval music is rather soothing, suddenly stumbling upon a Santa suspended in mid-air in Yorkville is rather creepy and frightening. But he’s there… about 7-feet in the air… staring at you with an are you naughty or nice? piercing stare. His scary, Chucky-like face is enough to make small children cry. But, I don’t blame the anger; I think I’d be pissed too if I got my sled stuck in a tree. 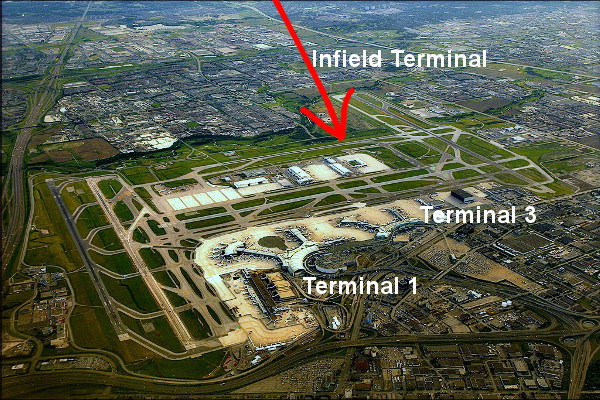 I’ve often wondered why Pearson Airport has only two terminals: Terminal 1 and Terminal 3. Whatever happened to Terminal 2? T2 first opened in the 70s and originally took in only charter planes; a year after opening it started accepting passenger flights from the already overloaded Terminal 1. But, over the decades, as the airport expanded and airplanes evolved into bigger jumbo jets, T2 quickly became obsolete along with another terminal: Aeroquay One. Both were torn down during the construction of the current Terminal 1.

This presented a problem for the airport authority. Now down to only one terminal, airlines needed a place to receive a steadily increasing number of passengers. As such, Infield was built to temporarily handle the traffic displaced during the construction of Terminal 1. After the opening of T1 in 2007, Infield was shut down and has since stood empty. The official plan is to use the terminal to accommodate seasonal demand.

Recently, the world got glimpses of the interior when it was opened to welcome and process Syrian refuges in Toronto.

The CN Tower Dressed up like a Candy Cane 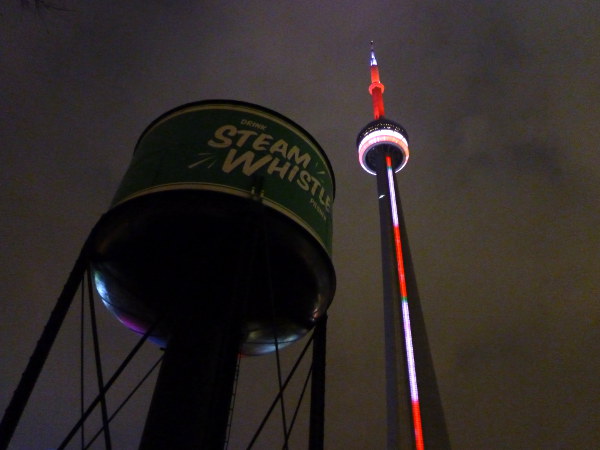 The Steam Whistle Brewery is across the street from the tower and it seems to be packed every night with drunken people attending corporate Christmas parties. 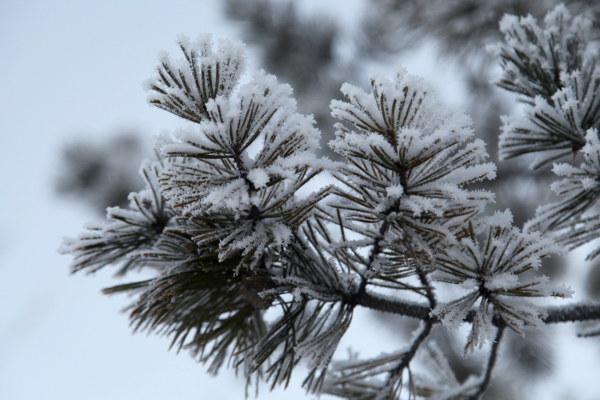 The weather in Calgary has been weird. I drove through two inversions on the weekend. One was so creepy that it was like entering Stephen King’s The Mist. I could see the fog caused by the inversion; I was on the sunny side of it, but when I drove into it, visibility dropped to almost zero and it go really dark like night. I’ve never experienced anything like that on the ground, but have had that experience multiple times in the air.

The beauty that came out of the fog was a hoar frost that blanketed the city. 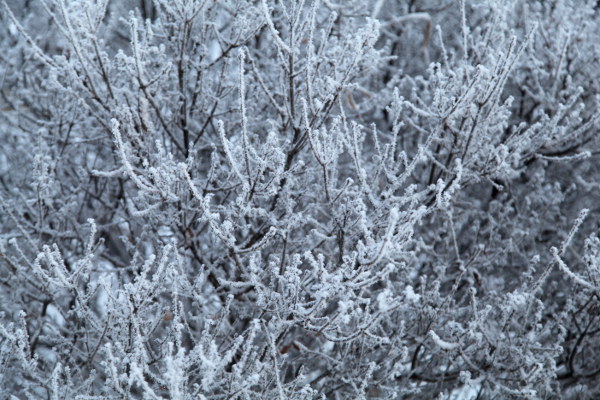 0 comments on “Medieval Music, Creepy Santas, and an Abandoned Terminal”Add yours →