I made it to Biloxi just in time to see the sunset over the ocean. This is an incredibly beautiful experience. The wind was warm, the sand the perfect temperature, and the sunset lasted a long while before disappearing into the ocean. It was a fantastic and memorable end to the day. 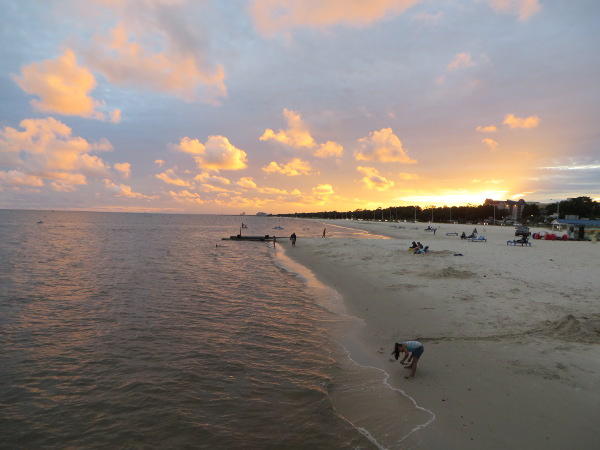 The lighthouse in Biloxi dominates the road leading up to the beach. It’s hard to miss. It also has an interesting story. The Biloxi lighthouse was kept by women during 75-years of its 168-year old history. The first woman keeper was Mary Reynolds (1854-1866). The next, Maria Younghans (1867-1918). And then her daughter, Miranda Younghans who maintained the light until 1929.

It’s still a working lighthouse and is cared for by the city of Biloxi.

During the walk on the beach, I discovered a skeleton. At first, I thought it was some sort of mammal, however, after analyzing the skeleton for some time, and not seeing any enhanced limbs or a pectoral or pelvic girdle, I came to the conclusion that this had to be a fish. 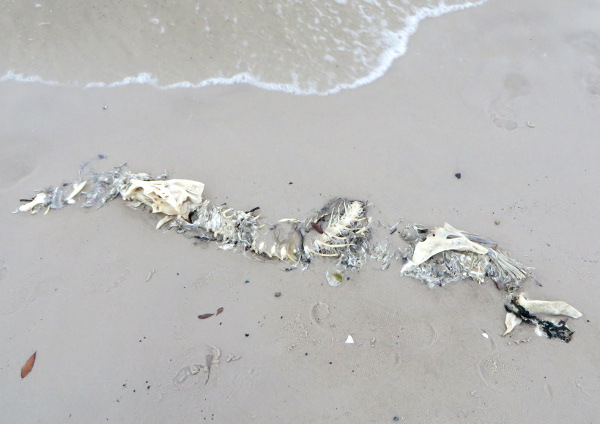 The photos don’t show how big this fish is (and you don’t see all of it in the photo); but, it’s about 3.5 feet long (why I thought it was a mammal at first) with much of the skeleton partially buried in the sand.

But the enhanced, spiny, elongated occipital bone means it isn’t a mammal, because this type of protuberance makes it impossible to move your head up and down.

After working through my way through a variety of different catalogues of fish skeletons and skulls, I believe this is a black drum fish. This was likely a very old fish when it died. Black drum fish generally don’t reach this size in Florida/Mississippi until they are about 15-years old.

I thought this was really old until I read about the 650-Pound, 80-year old sturgeon caught in B.C. 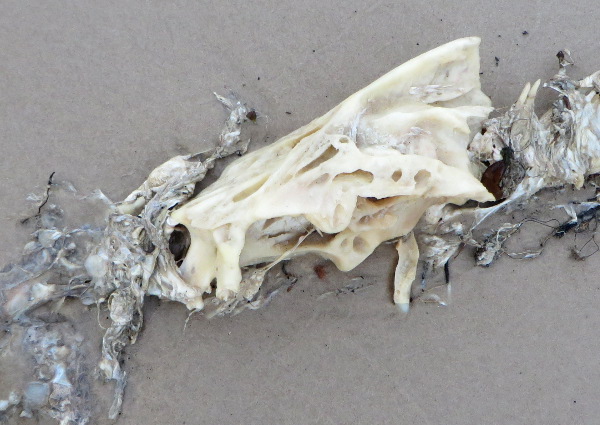 0 comments on “About lighthouses and fish skeletons”Add yours →