I’m in Chicago. It seems to be a trend to start a project in the fall in a city where the baseball team makes it to the final games of World series. It started in 2014 in San Francisco. 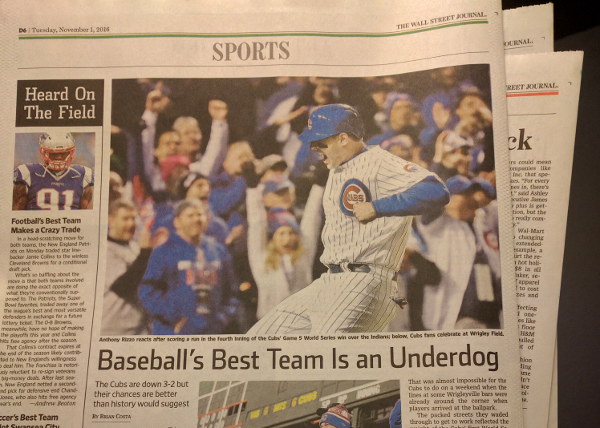 Remember the Toronto craziness? Well… that same craziness that consumed Toronto is now consuming Chicago; and, I’m told that Cubs fans have been waiting a very very long time to see their team win. 108 years to be exact. The last time they were in the playoffs was in 1945.

This means that many many Chicagoans were born, lived, grew old, and died without ever seeing their team win! One co-worker said as she left the office, “I’ve been waiting my whole life for this.”

I will say that the game was a real nail biter… but they did it and the city has completely lost its shit! The prediction is that no one will be at work today. 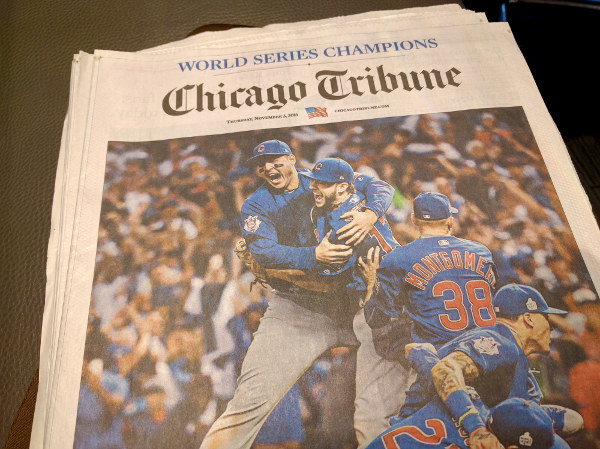 2 comments on “Chicago finally wins!”Add yours →