I haven’t seen the inside of an airplane in what feels like a very long time (in reality it’s only been a few months). I’m ok with that. For now, I happily get into my Jeep and drive to little small town destinations around Montréal.

This destination was an accidental discovery. While in Blainville for a swim meet I found myself with lots of time to kill. Rather than stay at the pool, I looked for an interesting place to hang out and I found an online reference to an old nunnery.

The history of the “nunnery” is elusive; this building hides its mysteries in multiple languages. I’m not sure if it was actually ever a nunnery… perhaps. It looks like a school and its history is that of a school. 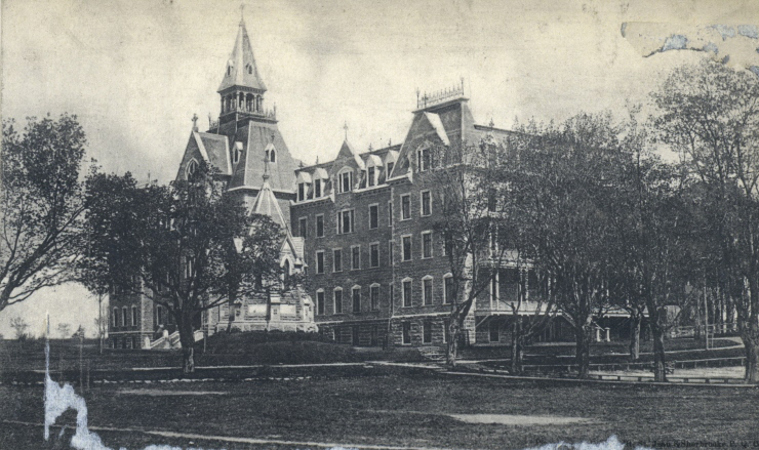 In the early 1800s, the state of Québec’s educational system was in tatters and the population mostly illiterate. The Protestant l’Institution Royale system implemented by the Government was subpar and rejected by the Catholic Québécois; the Education Act of 1801 and a fear of a Protestant takeover of the province made things worse.

In response, a Roman Catholic priest named Charles-Joseph Ducharme founded the Petit Séminaire de Sainte-Thérèse in Blainville in an attempt to improve education. His main objective was to prepare boys for the priesthood… with a second goal of using the Séminaire to find young Catholic school teachers who could help revamp the primary education system.

I can’t tell if the original building (or some form) dates from this period in time. The “nunnery” tag may come from the 1840s. The Séminaire started educating boys; but, in 1847, nuns were sent from Montréal to build a girl’s education system.

The current gothic architecture building dates from the 1880s. In 1881, a fire destroyed the Seminary; it was rebuilt by 1883. Now, the building is a part of the CEGEP (Collège Lionel-Groulx) network.

The gothic church across the street (Sainte-Thérèse-d’Avila) makes the two buildings look like they are part of a matching set… it was built between 1885 and 1887.

Down the street is a cute little main strip with a great cafe, small shops, and a Christmas market.

The coffee shop (Les Allumées) is a gathering place and while the town moves at a snail’s pace on the weekend, the cafe buzzes with activity and people. Families stop for breakfast and to enjoy a round of board games (there is a closet full of games). Friends meet to chat about their week and share stories. 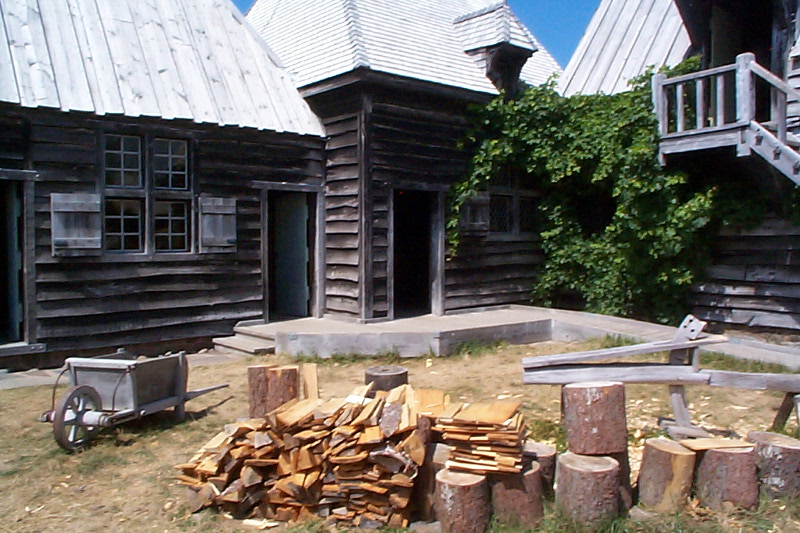 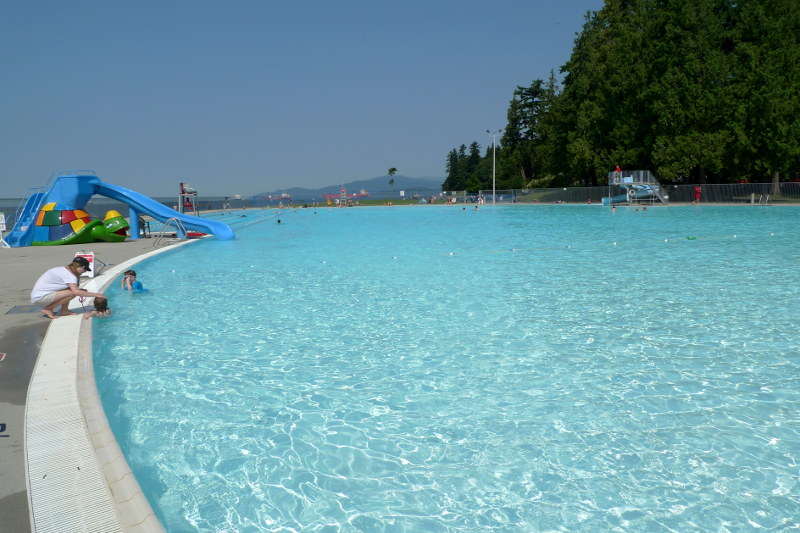 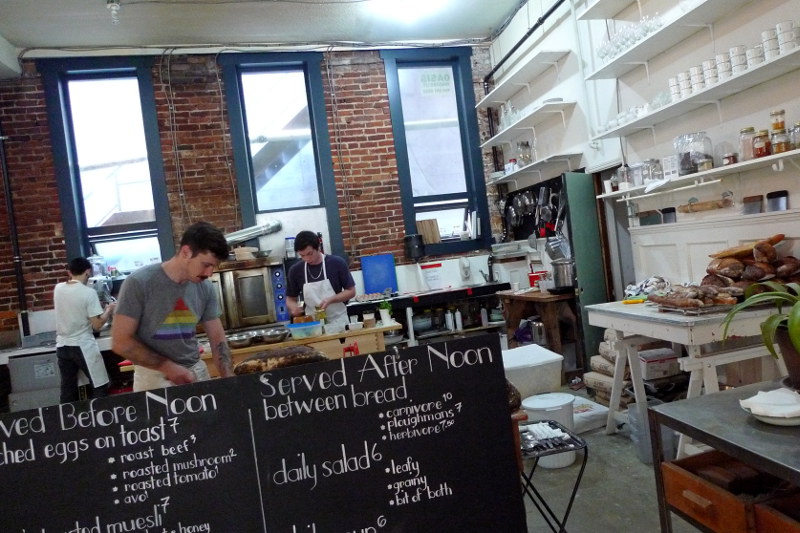