When planning our San Diego trip, we’d originally planned to stay in Old Town. However, after talking to some regular San Diego travellers, we changed our plans and booked a hotel in the Gaslamp Quarter (a.k.a. New Town). In the end it was a good choice because during the day we busily visited the creatures of the city (the Zoo and SeaWorld); and, in the evening could wander, eat, and frolic close to the hotel.

A few notes about the Gaslamp Quarter:

Here we are on one evening enjoying some Italian and the “biggest meatball ever!” 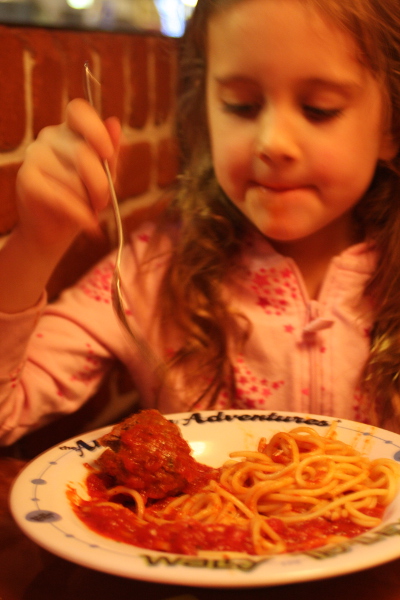 2 comments on “The Gaslamp Quarter”Add yours →