Way back in May (2009) La Niña and I planned a trip to Quebec for the summer. The plan was to fly to Montreal and spend a few days, take the train from Montreal to Quebec City for Canada Day / exploration, and then fly back to Calgary via Halifax (with a visit in Nova Scotia). We were days from booking the flights when I got sent to India for three months.

Understandably, La Niña was pissed; and, when I left I promised her that in the fall she could choose any place in North America and we’d go there together for a trip.

She finally cashed in on the promise this month. After careful deliberation she chose San Diego as her destination (the animals in the movie Madagascar thought they were being transferred to the San Diego Zoo when they ended up in Madagascar). She wanted to see the San Diego Zoo and as an extra bonus she discovered the wonders of Shamu on the Internet and was keen to go to SeaWorld.

San Diego is an incredibly kid friendly city: the San Diego Zoo, SeaWorld, Legoland, Coronado Island, Birch Aquarium, and the USS Midway are a few kid friendly places to visit. There’s also a plethora of playgrounds, beaches, and oddities scattered throughout the city that are worth exploring. For our trip we only had time for the Zoo and SeaWorld during the day, and Seaport Village, the Gaslamp Quarter, and around the USS Midway in the evenings.

San Diego is small, and it’s easy to get everywhere by cab. Just be sure to carry cash with you if you plan to cab it (one cabby freaked when I handed him a credit card); also, the bike rickshaws (Pedicabs) are great as an occasional trip — but are more expensive than cabs, slower, and are involved in some weird territorial struggle with the city buses (watch out for the occasional scammer as well). The tram is also a great way to travel. It runs all the way to Mexico (half hour journey) and most of the city. 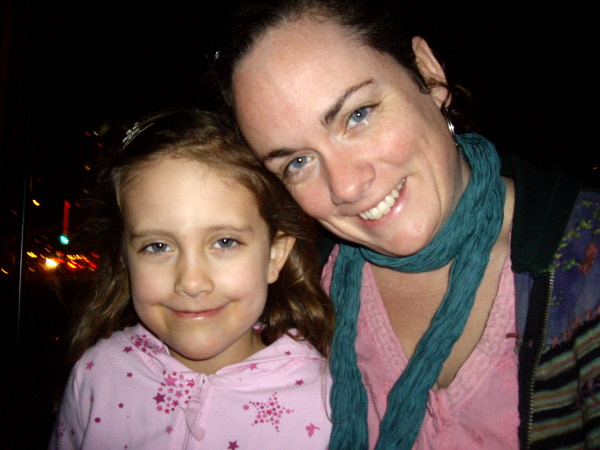 0 comments on “San Diego”Add yours →