“The World Famous San Diego Zoo in Balboa Park, San Diego, California, is one of the largest and most progressive zoos in the world with over 4,000 animals of more than 800 species. It is also one of the few zoos in the world that houses the giant panda. It is privately operated by the nonprofit Zoological Society of San Diego on 100 acres (0.40 km2) of parkland leased from the City of San Diego, and ownership of all animals, equipment and other assets rests with the City of San Diego.” http://en.wikipedia.org/wiki/San_Diego_Zoo

Our day began with a bus tour. Upon arrival, you head straight to the bus loading area and board a double-decker bus for a 30-min orientation/tour of the zoo. This helped us get our bearings and gave La Niña the time needed to figure out which animals she wanted to see throughout the day. At the end of the tour (if you’re from out of town) I’d recommend heading to the stroller rental booth to grab an $8 stroller to save little legs and yourself from a meltdown at some point. 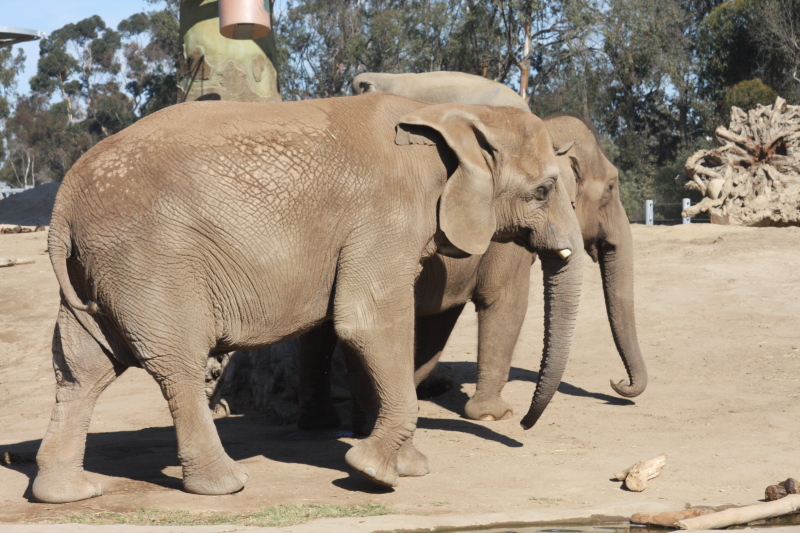 It was on one of these journeys that we happened upon Shiley, a cheetah who was being trained as an animal ambassador (a link between humans and animals). After rounding a corner and seeing each other, there was a long moment of intense silence as each animal (child and cheetah) started at each other before deciding it best to move on in different directions. After this, we had to do the entire “kitty trail” without stopping for a break. 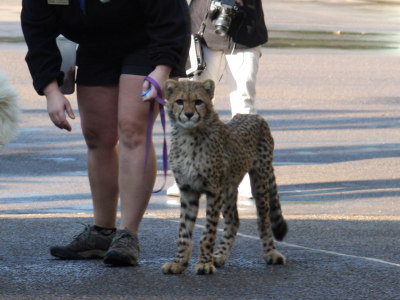 The other superstar of the day was a newborn baby Masai giraffe who was just three days old when we saw him (born December 1 at 1:20 p.m.). I noticed he hasn’t been named or made his debut on Zooborns as of yet. 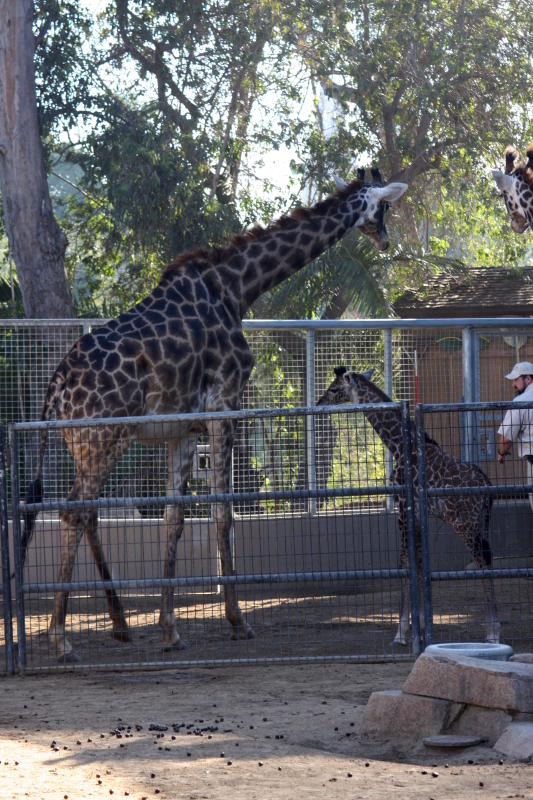 Another favourite was the ever posing meerkats, who are known for their human-like social activities. This particular group seems keen to be photographed by onlookers. They changed their position as the sunlight changed to maximize their good side for the camera. 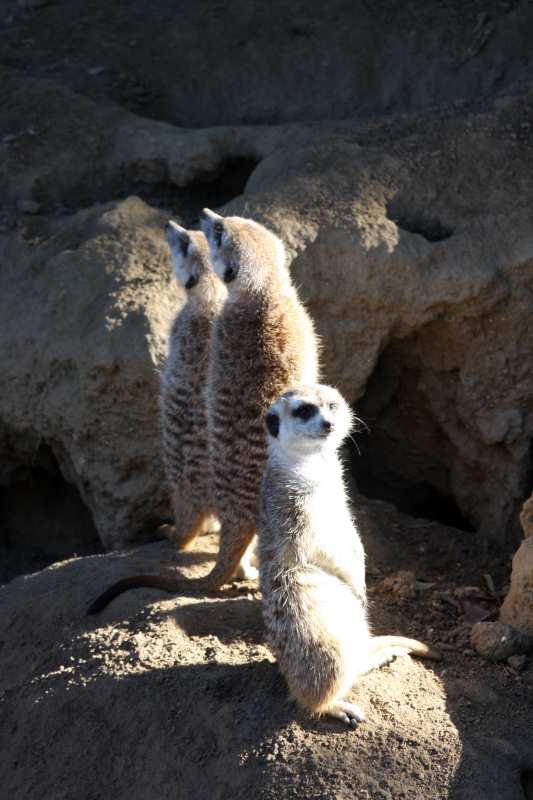 Ironically, La Niña was not interested at all in the cute koala bear eating eucalyptus. 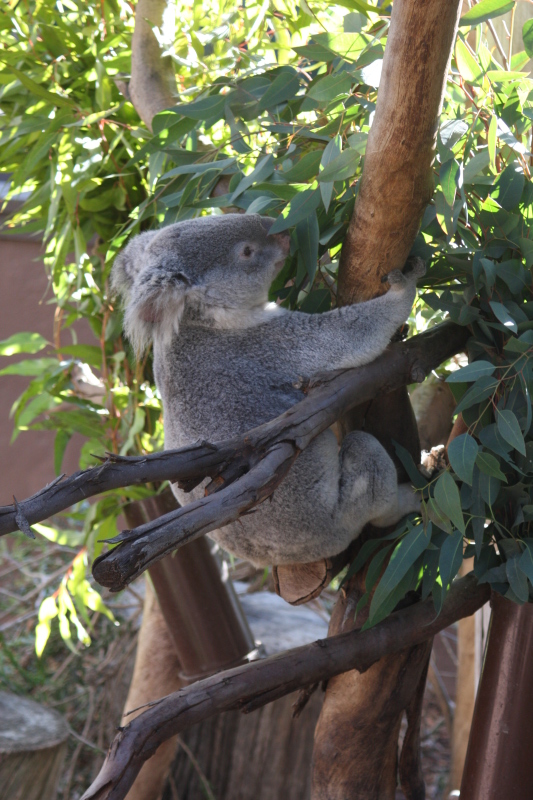 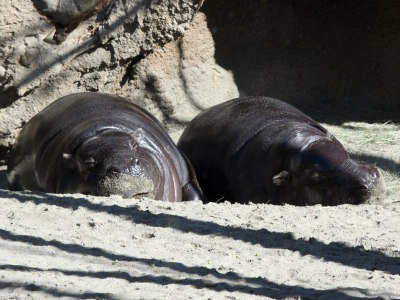 I’m not sure which of the giant pandas is below (Bai Yun, Gao Gao, Su Lin, or Zhen Zhen). Bai Yun is mother to four pandas born in captivity and herself was the first to be born in the Chinese research centre. 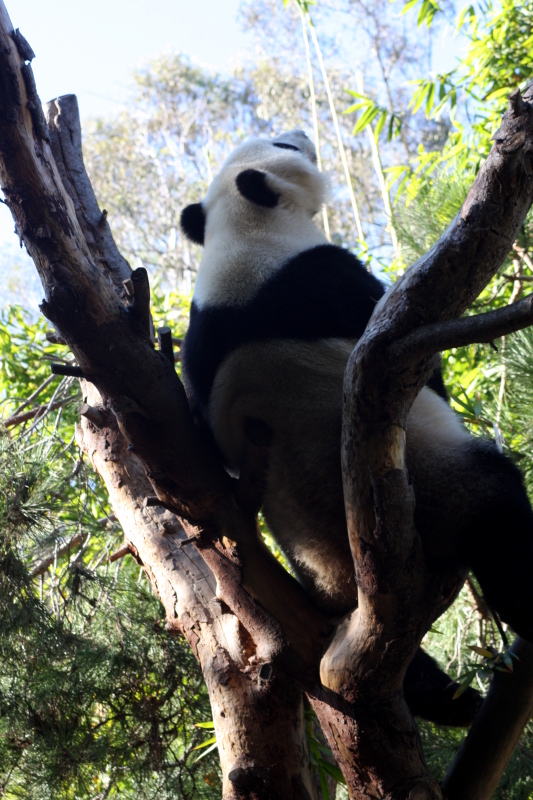 And, what would a trip to the zoo be without a couple of animal bums: 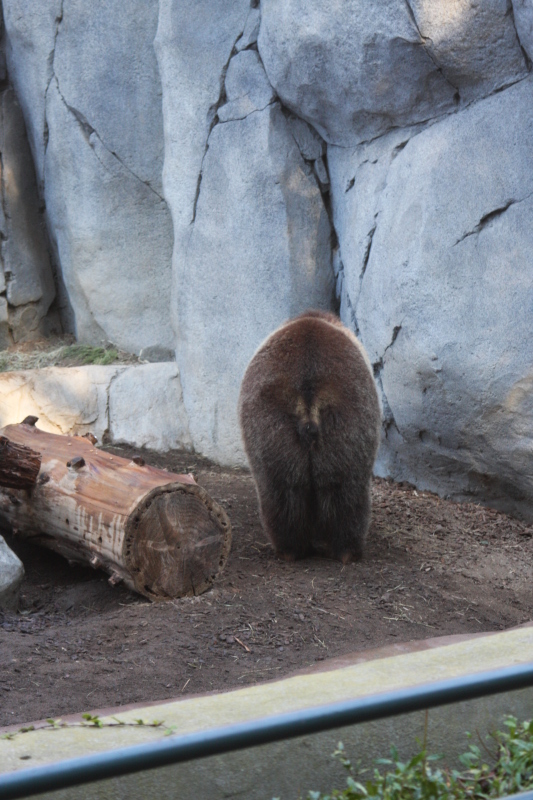 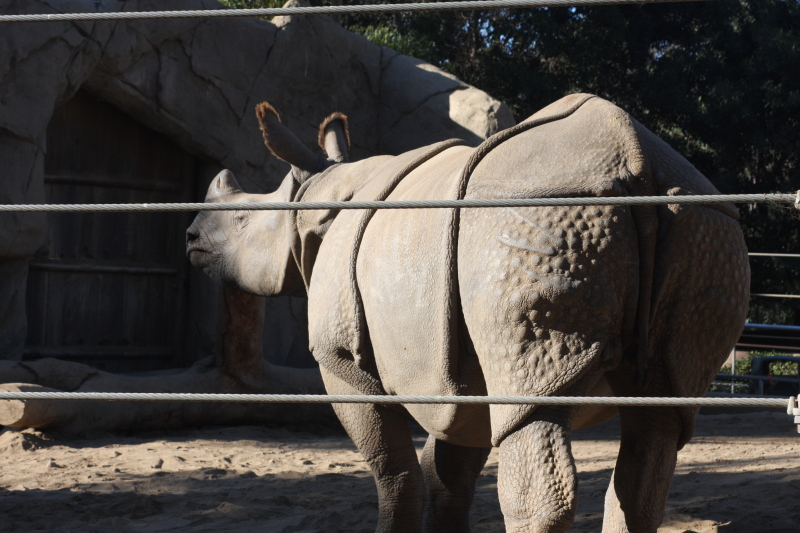 0 comments on “San Diego Zoo”Add yours →