If you wander south through the badlands, past the Tyrrell Museum, past the Hoodoos, and past the Atlas Coal Mine, you’ll probably find one or two of the many ghost towns that pepper the Hoodoo Trail. Some are more evident than others and in our wanderings, we found two of the more well known: Dorothy and Wayne.

In a small and rugged log cabin in Dorothy, we found a worn and faded newspaper clipping that reads: When he first came to the river the wagons and other equipment had to be dismantled and let down the banks on ropes because there were no roads. It was on the third move down the river where Arthur built a big log house…

The Arthur the clipping is referring to is Arthur Peake, one of the first pioneers to arrive and settle in the area now known as Dorothy, Alberta — a collection of ranches named after Dorothy Wilson (later Mrs. Eugene Fairbanks), the daughter of Jack Wilson, another pioneer rancher who settled in this area at the turn of the century. 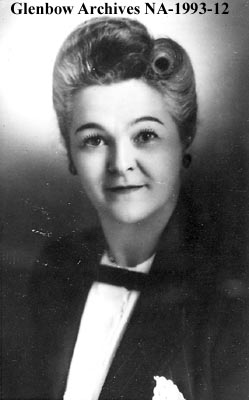 The original log cabin (1897) that the Peake family lived in now stands in Dorothy Park, amongst a collection of buildings that visitors can wander and explore at their own pace.

Also in Dorothy Park are two churches, a larger Catholic Church, which was originally built as a school (1912) and later bought with the intent of converting it to a church (1933). The church began services in 1944 and remained active until 1967 when it was decommissioned. It was moved to Dorothy Park in the 1930s.

A second United Church stands next to the Catholic one (1932 to 1961). When we arrived it had just received a cleaning and fresh coat of paint.

A playground sits on the far side of Dorothy, waiting patiently for kids to come and play. Here are outhouses and a picnic area that could accommodate a fairly large group.

Further down the road, you will find an abandoned store, grain elevator and other buildings left to the elements.

Kid Rating: 4.5 out of 5 because I like things with the word ghost in them. I thought it was fun to wander around the haunted churches. I really liked the play area. I liked the little cabin because it had a kitchen and I could pretend that I lived there and could make a pancake dinner and eat it at the table. The table was even set!

Adult Rating: 4 out of 5 because it’s a nice peaceful place to stop and have a snack or take a break from driving. Finding the buildings open was a pleasant surprise and wandering each was interesting. As a note for parents: the playground is a bit worn down so check before using.

2 comments on “Dorothy, Alberta — the Town Named After a Young Pioneer”Add yours →