At Pioneer Acres there are six buildings filled with tractors, cars and trucks and automotive memorabilia. Two buildings make-up the Pioneer Truck Museum, the Ron Carey Building (further below) and a building used by the Alberta Chapter of the American Truck Historical Society.

When I was in elementary school, I remember there always being a “war” between the Dodge boys and the Ford boys, and the two could never associate with each other. In reality, they were probably the best of friends because they share a love of cars.

Here are both Dodge and Ford standing side by side. The Ford is a roadster pickup.

Ron Carey is a well-known historian, vehicle restoration guru, and benefactor in Alberta. He’s the main contributor to Gasoline Alley at Heritage Park, is active with the Calgary Stampede, and has donated a large number of restored (and non-restored) vehicles to Pioneer Acres.

The Ron Carey Building houses a large number of his restorative work (as seen below); the building itself was donated to the park by him. 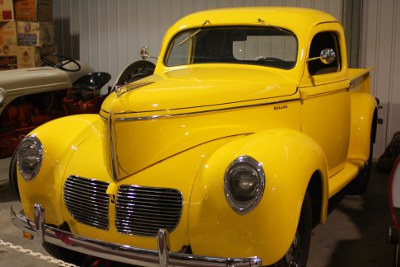 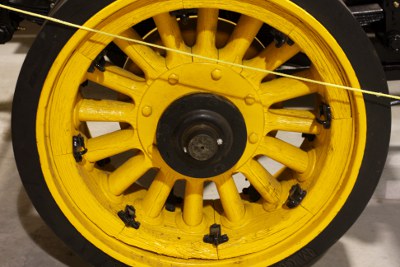 A 1920 AB Mack; original BA tank truck. I don’t know enough about motor vehicles to know what that means. The sticker on the windshield reads, “This driver will meet all other gentlemen halfway on any traffic situation.” 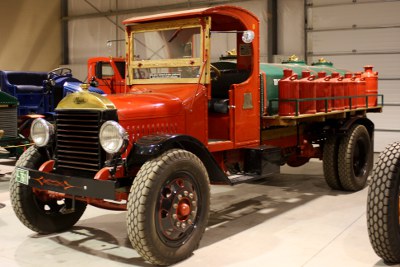 Below is a 1918 Four Wheel Drive Model B. The sign reads:

This was the first successful four-wheel-drive vehicle. Made in the USA which started making cars. Due to the high price few were made.

With the advent of World War 1, Britain was quick to recognize the advantage of this mechanism and placed an order for 228 vehicles with the following orders to total 3000.

In spite of 16,000 being made up till 1920, very few survived due to weak design in the power train making them very rare today. 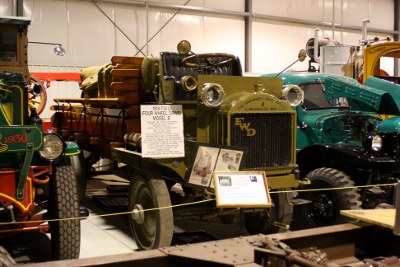 Below is a view of some of the tractors outside. Our visit was the last weekend of the season and volunteers were getting ready to move the tractors to their winter home. 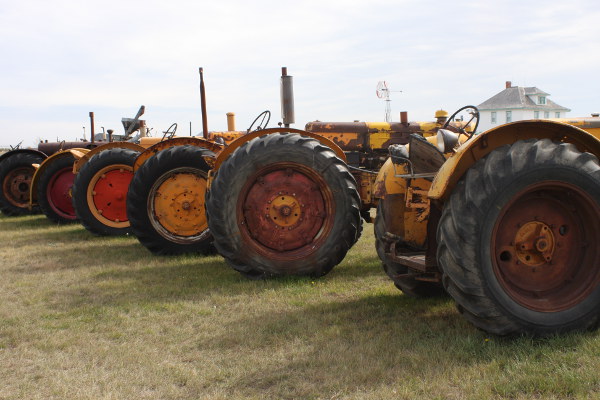 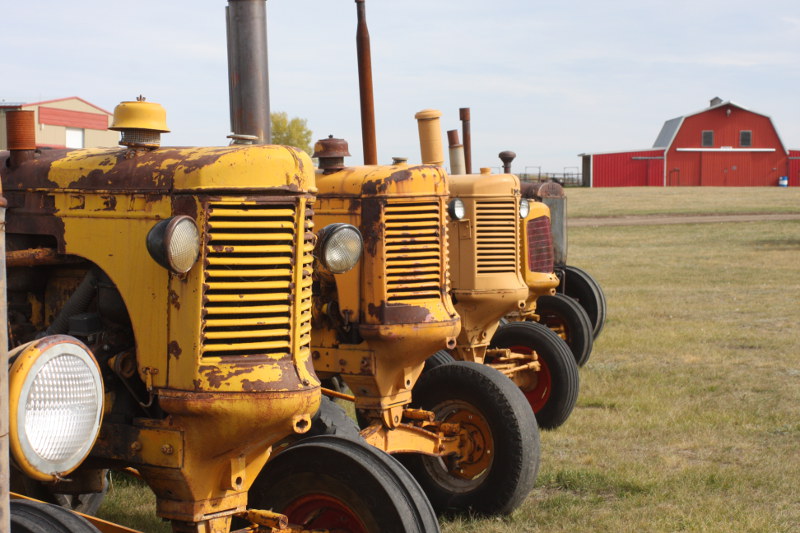 Ray Howden was a well known Irricana farmer, historian and local personality. I’m told that he had a keen interest in pioneer collectibles and liked to spend his spare time chatting with visitors to Pioneer Acres. In his honour, the Ray Howden Building was named after him. 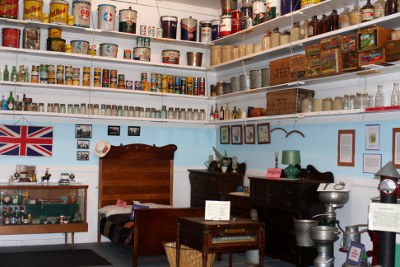 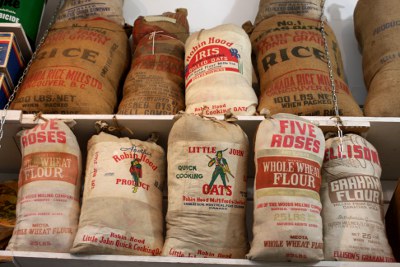 It’s harvest time in the prairies. The work is strenuous and days long. Rumour has it that the men working the fields eat 5 meals a day; so, who feeds them?

Enter the Cook Car, a mobile kitchen deployed to the fields to keep the bellies of the men working the harvest full. 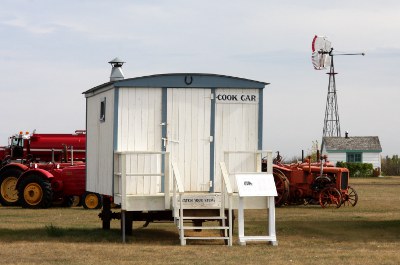 Inside women worked furiously throughout the day to produce enough food to feed these men. And, as soon as said food hits the table, it’s eaten. What’s left behind is a large pile of dishes in need of cleaning. Once this is done, the next meal begins. 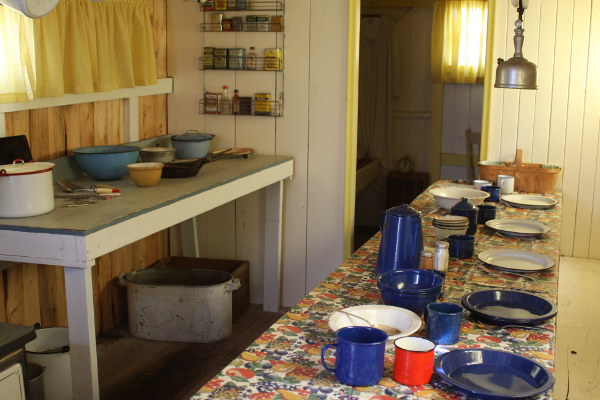 There’s a bed in the back of the cook car for much needed naps and very early mornings. 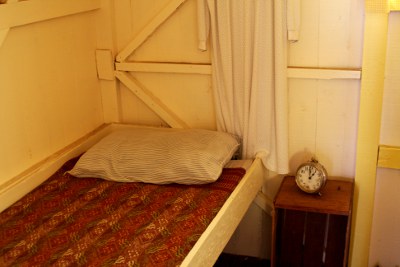 Kid Rating: 3.5 out of 5 because I liked visiting the house (Long House) and the tour lady Elizabeth was really nice and friendly. I liked the school play area and liked going from building to building in a golf cart. There were lots of old trucks. I really want to go back again.

Adult Rating: 4.5 out of 5 because it was easy to find and interesting. The museum, grounds and collections are the results of years of volunteer work and donations. You could really see the dedication and effort put into restorations. There was a little bit of something there for everyone. I really enjoyed the Long House; it was like finding an unknown jewel on the prairies.

2 comments on “Pioneer Truck Museum”Add yours →