In India, most of the termites that I’ve seen have built their homes in red, sandy, loamy like soil; and, just like in many other countries around the world, they’ve developed a bad reputation for their ravenous ability to eat wood, destroy field crops, eat paper, trees, roots, seedlings, logs, and anything else they can get their hungry little mouths around.

They’re not always seen as the bad boys of the bug world, however. Termites have been used as food in rural / poor areas because they are high in protein and can benefit those people at dietary risk: children and pregnant women. They are also used in Indian folk medicine; specifically, to treat asthma and increase lactation.

I found this little guy (or gal) while hiking through the forest: 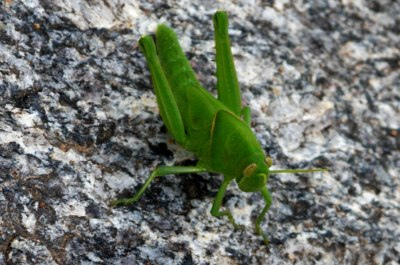 At first, I thought this was a spider web but quickly realized it was a caterpillar nest. Already you can see by the holes that the caterpillars have been moving in and out. 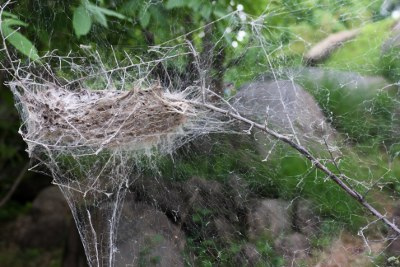 0 comments on “Country Bugs”Add yours →