Halifax’s Harbour is one of the largest and deepest natural harbours in the world (18 metres deep at low tide). It’s divided into three distinct areas: the outer southern segment, the skinny narrows in the middle, and the spacious and sheltered Bedford Basin. 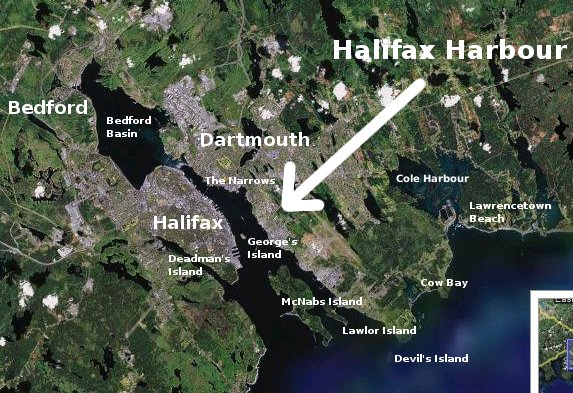 The harbour is known for a lot of things: it’s the second-largest ice-free harbour in the world, the harbour is home to a handful of well-known islands (Devil’s Island, Deadman’s Island, McNabbs Island, Georges Island), it’s the location of one of the world’s largest man-made explosions (the Halifax Explosion in 1917), it’s where bodies from the Titanic ended their journey, it’s a frequent stop of the Tall Ships, and it’s also where (as less than glamorous notoriety) 200 million litres of raw sewage were once dumped every day. The later is no longer true thanks to the Harbour Clean-Up Plan.

Upon arrival in the city, I received news that I wasn’t expecting to hear for decades: the City of Halifax announced that it was finally safe to swim in the harbour. This is great news for nature lovers, ship crew, and tourists alike; because not only does the harbour no longer stink (something I noticed), but ships and landmarks are no longer being covered in filth daily.

4 comments on “Halifax Harbour”Add yours →