While looking for a monument or site to visit on the Mustang Adventures, I had an epiphany. I work in Silicon Valley with some of the most popular IT companies in the world. Why not give a “tour” of the Valley “monuments” using the Horse.

Please note that with some companies below I had to do a quick park, pose, click, and drive to keep myself from being accosted by security (so the photos may not be all that great). There are certain campuses that are like military zones; I work at one and sometimes it’s a real pain.

I hope you enjoy this installment of the Horse because I spent a lot of time sitting in the notorious SV traffic to get these photos.

Redwood City is chock-full of media companies with Electronic Arts (EA) being the largest. Down the street from this behemoth is Dreamworks Animation where animated movies are created including some of the favourites in our house: Shrek, Madagascar, KungFu Panda, and How to Train Your Dragon.

It seems that people who work here are really stressed out because out of all the facilities I visited, I got the dirtiest looks from people here. 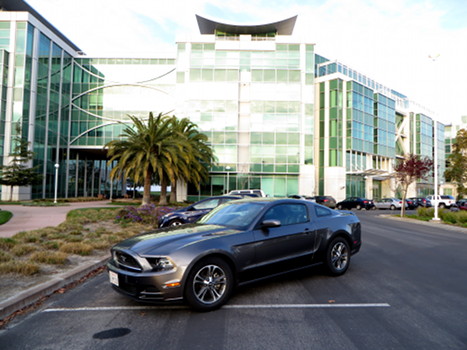 Evernote is a cross-platform note-taking application that allows you to quickly capture ideas and (sometimes) post them to your site (like here).

I searched for the Evernote building because this is one of my favourite pieces of software; I feel like they are doing a lot of good things in the realm of usability and user interaction. They’re also still small enough that each contribution to the product matters. Plus, I love that I can post to my site using their tools.

Sorry, in my haste to click and run I cut off the Evernote logo at the top of the building. 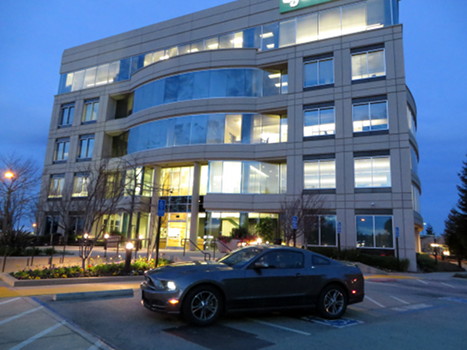 For those of you who don’t know, Shutterfly is an Internet-based photo publishing and sharing service. They make it easy to share photos with family, who can, in turn, have them printed.

They have a contract with Target in Silicon Valley where any photos you have printed using the Target website are printed by Shutterfly and delivered to your house/apartment/hotel. 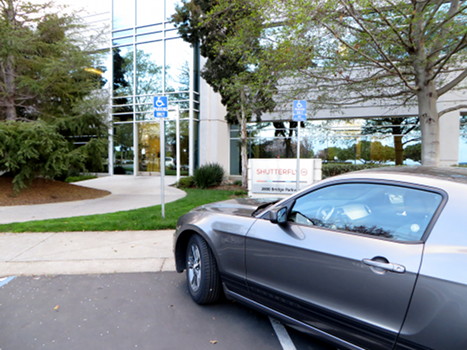 The official address is listed above, but one of my favourite cross streets is simply labelled “Google.” The building in the photograph is the Android Building. In front, they have statues of the Google Droid dressed up as each version of the Android OS. Inside in the lobby is a gigantic alien statue and a massive phone with the Android OS on it. 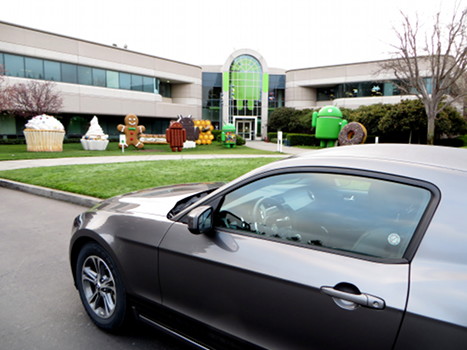 I remember when LinkedIn launched; I’m one of the early adopters. Regardless, LinkedIn is currently in Mountain View; however, they are building a new facility in Sunnyvale on Mathilda Ave. That ought to make traffic in that part of town worse than it already is.

On the Google campus, you will find the multi-coloured clown bikes; at LinkedIn, they have blue Electra cruisers. 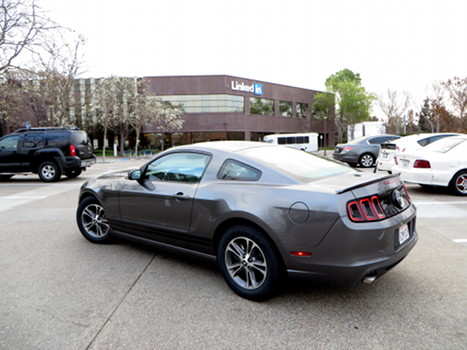 I have a love/hate relationship with YouTube. I love the app, the videos, and the people who work there but I feel that their rules and regulations are a bit draconian. They have two buildings: one beside the Google complex and another in San Bruno.

Youtube has pink Cruiser bikes. Maybe one day I’ll do a post on the bikes of Silicon Valley. 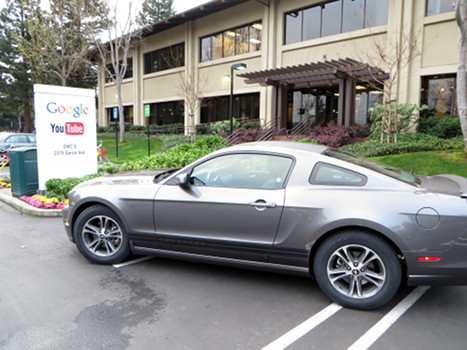 The building below is actually 5 Infinite Loop. I joke that all roads in Cupertino lead to Apple because it’s impossible to drive around the city without encountering at least one Apple building.

I’ve been to Apple before; I got lost and subsequently stuck in the Infinite Loop. 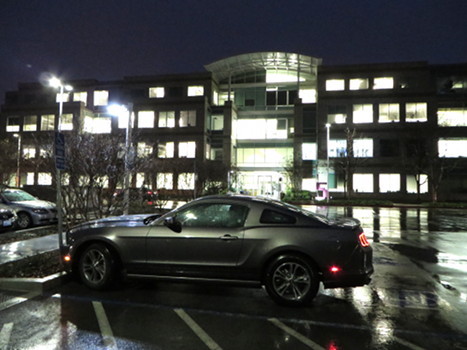 I couldn’t do a post on Silicon Valley without visiting The Facebook. I have a hard time referring to this particular business without a the because I don’t believe I know anyone who hasn’t heard of the website; it seems that all paths on the Internets lead to The Facebook. 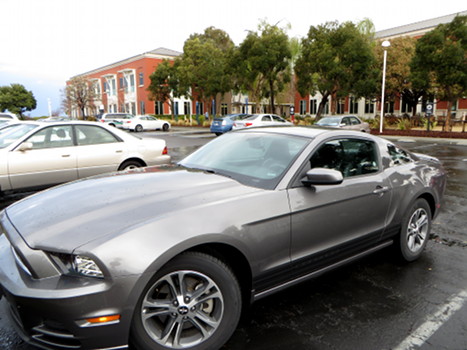 I’ll end my post with Yahoo! who popped up in the news today because millions of Yahoo webcam images were intercepted by the British Intelligence Agency and stored on their servers.

I can’t think of Yahoo! without thinking of their hilarious buses. All other companies in Silicon Valley have neutral white buses so you don’t know which company the vehicle is coming from; this (for the most part) protects the riders from the wrath of SF residents who are angry that Silicon Valley workers live in the city. However, the Yahoo! buses have their logo blazoned all over the back/sides and are a super bright purple. They’re hard to miss. 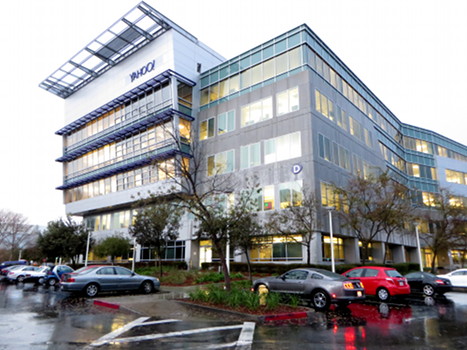