When John Sutter left Switzerland, he left behind a large family who he never really saw again… except for his son John Augustus Sutter, Jr. The elder Sutter did not have particularly great business acumen and while gold was discovered at Sutter’s Mill in Coloma, he did not profit from the discovery and went further into debt. It was at about this time that his eldest son showed up in Sacramento and took over his father’s businesses.

Sutter Jr. began selling off parts of the Fort to help clear his father’s debt. Then he started looking for other ways to generate money. Over time he established himself as a savvy businessman and decided to take some of the land granted to his father and lay out the city of Sacramento with the help of a topographical engineer: William H. Warner.

But, rather than build the city around Sutter’s Fort which was at a higher elevation, Sutter chose to build down by the river and drafted the official layout of the city, which included parts of what now exists in the Old Sacramento Historic District.

Over time and before he could finish, John Jr. became sick and was muscled off his land by other affluent Californians, most notably Sam Brannan who is a known player in San Francisco’s history and infamous for defrauding the Mormon Church throughout the Gold Rush. It was also Brannan who leaked the news of finding gold in the Sierra Nevada to the world and then profited heavily from the discovery.

Choosing to build the city on the Sacramento River was a poor choice. But no one could predict the scale of the devastation that happened between December 1861 and January 1862 when Sacramento experienced 420% it’s normal seasonal rainfall. The resulting lake was 300 miles long and 60 miles wide and engulfed the entire city. It was not just Sacramento that was impacted, the rains affected all of California: the flooding kicked off a cholera epidemic, ranches and cities were destroyed, and over 200,000 head of cattle drowned effectively ending the Ranchero era in California.

Even after the flooding, the people of Sacramento were reluctant to leave the city. They had just been named State Capitol and investment money was pouring into the city. So, rather than rebuild elsewhere, citizens decided to raise the city by 9.5-feet. This was expensive, time-consuming, and there was no machinery involved; just men using jackscrews. It also left many of the raised buildings with odd brick patterns, window misalignments, and crooked angles.

You can see this in the Vernon-Brannan House below… especially around the windows on the second floor.

The project was completed in the 1870s and left behind “The Underground,” a series of subterranean spaces made of brick, exposed beams, archways, and river silt deposited by the floodwaters. Those who couldn’t afford to have their building raised had the first floor filled in with dirt. This accounts for many bricked over windows and doors at the ankle and knee level. The city also became known for its hollow sidewalks where on occasion, people fell through to the underground space below. 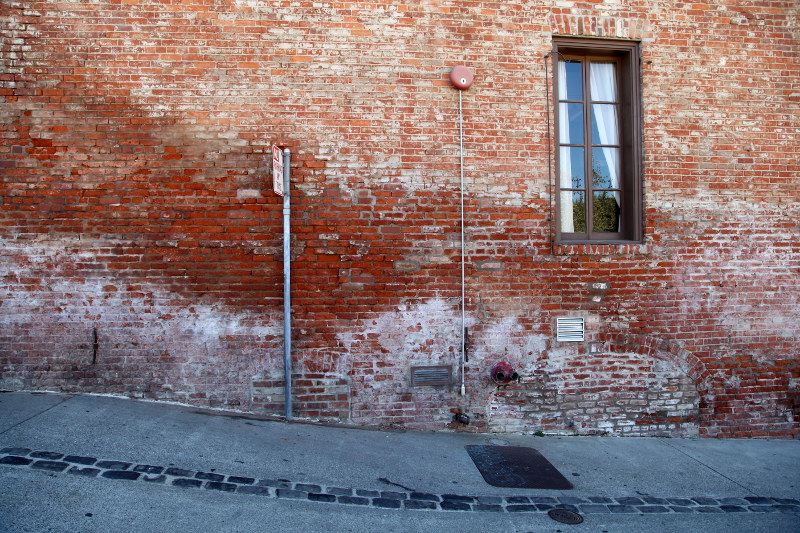 For a while, the underground was used by businesses as storage and as additional shop space. Access was not controlled or monitored. However, The Underground became increasingly dangerous and a location for frequent crime. Some Chinese immigrants who came to California after fleeing the Opium Wars in China, could not afford the Gold Rush housing prices and began to use these spaces as living quarters. In the 1920s, the city started sealing all the entrances to keep people out and over the next 150-years, the tunnels became largely forgotten.

We were lucky enough to be able to experience The Underground during a one-hour tour made available through the Sacramento History Museum. The tour gives a glimpse into the tunnels that once existed and allows you to experience what’s left of the damp, musty space rich with lost things and mystery. Most of the 2.5 miles worth of tunnels under the city are now gone; they’ve been either destroyed or filled in with construction projects.

0 comments on “Sacramento’s Underground”Add yours →