Ghent is a lot of things: a university city, a port, a World War I/II survivor, a popular festival destination, and at one point it was the second-largest medieval city after Paris. The later is likely because the city grew at the confluence of two rivers: the Scheldt and the Leie, which made it ideal for the city to become a prosperous trading port.

Ghent also has a connection to Calgary; in 2014, Mayor Naheed Nenshi won the 2014 World Mayor Competition… considered a very important award in Europe. The first runner up was Daniel Termont, the Mayor of Ghent. Several people pointed this out to us whenever we mentioned we were from Canada/Calgary (and, sadly, it was the first time I’d even heard of the award).

But Termont is not the only mayor to make an impact on Ghent. During the First World War, the mayor of the city was Émile Braun, a charismatic man who earned the nickname Sweet Émile. This is because, during the early years of the war, he received a letter from a German General who told Émile that the Germans were going to bomb the centre of Ghent. Rather than watch his beloved city be bombed, Émile promptly visited the General and offered him tires, beer, chocolate, coffee, and cookies for the German troops. In exchange, the General agreed to not bomb the city and Émile earned his nickname from the people.

During World War 2, Germans were only interested in bombing areas outside the city where the ammunition factories were located. This is why so many important medieval buildings still exist in the historical district, especially around Graslei and Korenlei, the medieval waterfront district.

One of my favourite buildings in a teeny tiny house (built 1682), which is now a pub called Het Tolhuisje. For whatever reason, this tiny little house was squished in between the oldest building and one of the largest buildings in the waterway areas. Called the “Toll House,” this used to be where the residents of Ghent once paid their taxes. 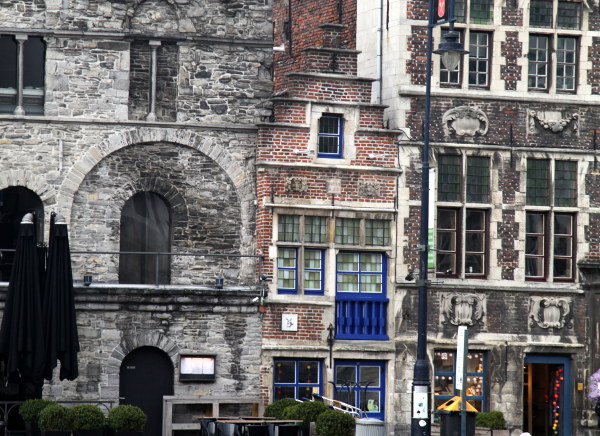 The grey house was once a grain storage building and dates to the 1200s; it has the oldest gable in the world. I’m not actually sure what this house currently is, but all other buildings on the waterfront are either shops, restaurants or pubs. 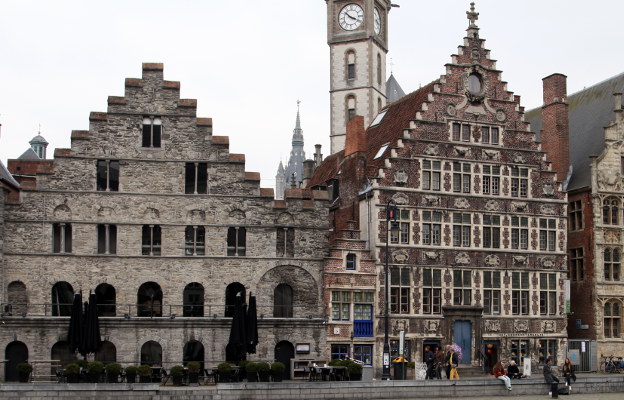 Some of the false fronts are deceiving. They need to remain intact for historical and aesthetic reasons but on the Korenlei side of the waterway, the fronts exist but behind them is a Marriott hotel, which has retained some of the original building walls to divide restaurants… but removed the rest to create a huge glass-walled hotel. 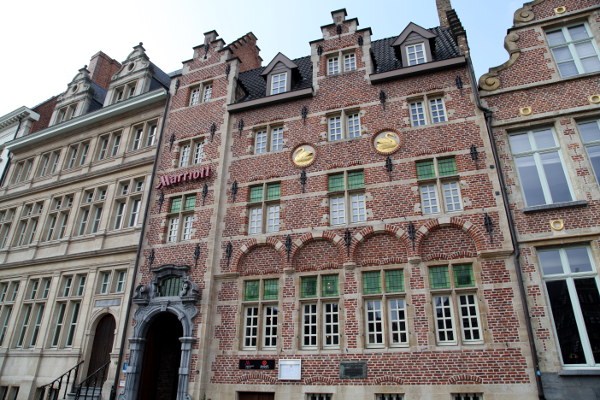 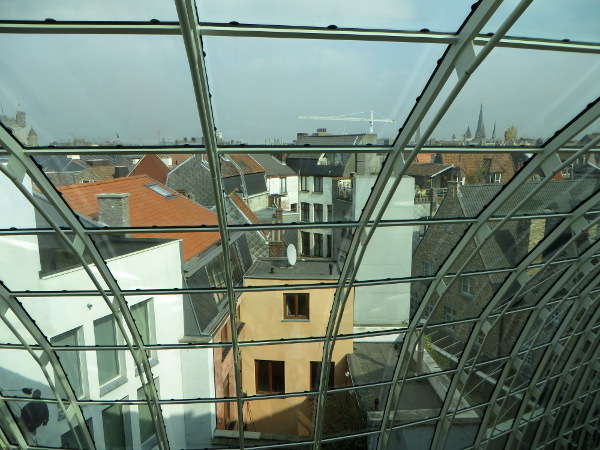 Finally, Ghent is known as the City of the Noose Bearers because in 1540 the citizens rebelled against Charles V, the Ghent born ruler of the Holy Roman Empire. He insisted upon imposing too many taxes, which after a while the citizens of Ghent refused to pay.

To punish the people for not paying, the Emperor demanded that the city’s aldermen and nobles parade in front of him with a noose around their necks to show that they deserved to be hung for their disobedience. These days, everyone is proud of the stropkes or Stroppendragers label because it signifies resistance against tyranny.