The Great Move Across Canada doesn’t end with us finding a house in Montreal. It begins the next phase: doing something with the house we have. We can’t sell it… because everyone is selling their house in Calgary as part of the mass exodus. We’d be just another house on the street for sale; some were abandoned months ago and now sit empty (in Alberta you can legally walk away from your home/mortgage).

So, we are renting (at a loss) it until the market improves.

This means getting the house rental ready. There’s a lot we need to do: deal with the hideous, grossly old downstairs bathroom. There’s the poorly done ceiling in the basement that we always meant to tear down. There’s the flooring that was half done and the basement rooms that were never quite finished. There’s no door on the laundry room and the large window in the basement needs to be finished. There’s rust on the garage door. The weatherstripping needs to be redone. Our water heater is nearing the end of its lifespan. And, the list seemingly goes on forever.

So, May is a construction month. There are strangers traipsing through the house. There is dust everywhere. Poor La Niña is trying to pack while in the midst of chaos, synchro season, and studying for Grade 6 provincial exams. She’s being a good sport about it all and is arranging all her sleepovers/afternoon hangouts to match gaps in her showering schedule that aren’t covered by synchro practices.

First up is downstairs: the ceiling is gone. And the office/hall area has been re-mudded and sanded. 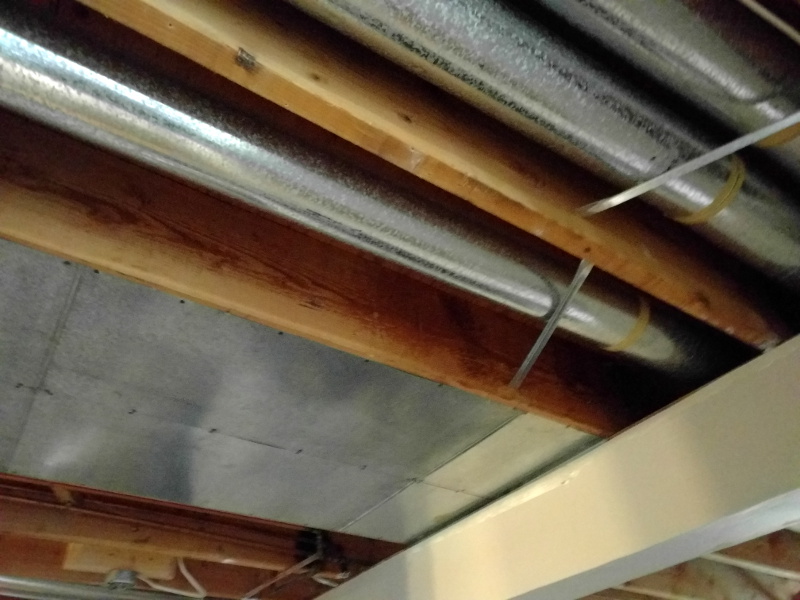 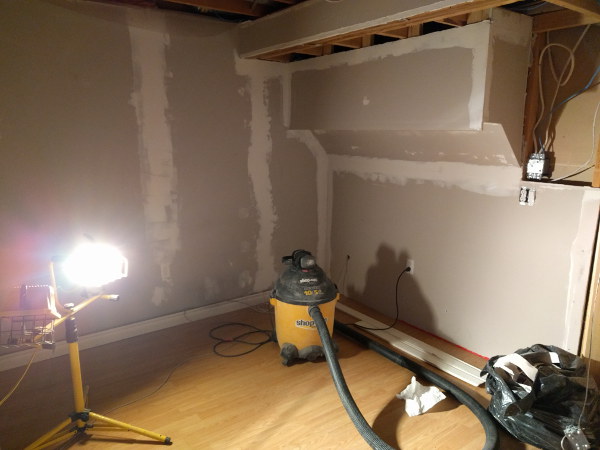 The exercise room is gone (we had 5 offers within minutes of posting the weights online).

The bathroom is gutted. 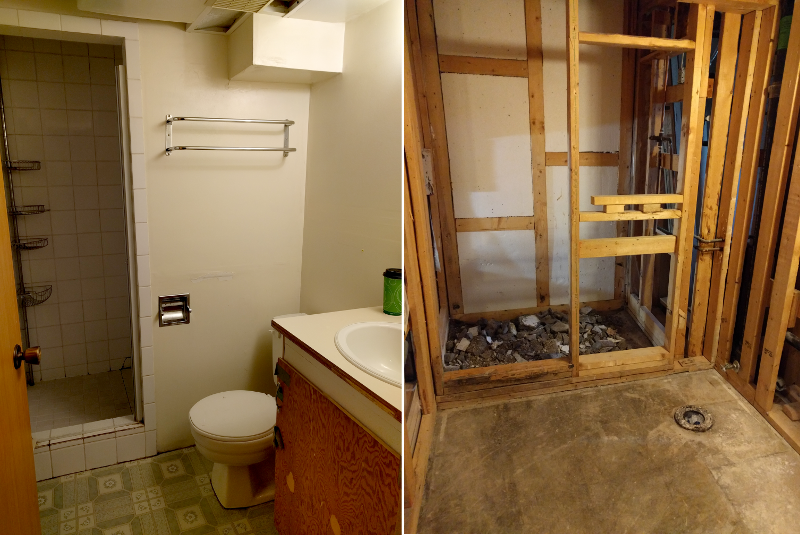 There were a lot of things explained about the house when we had a plumber come in to work with the crew to gut the basement shower. Like, why did the toilet upstairs get blocked periodically only to be fixed when the downstairs toilet was flushed? (The two pipes are linked and the linking joint is too small.)

Why is there mould between the shower tiles in one spot that never seemed to go away, grow or move? (Whoever tiled the shower didn’t bother to remove the old tiles, they just tiled over them. And, the original home builder did a good job with the vapour barrier so the mould never made it to the walls to become a bigger problem.)

Why is there always a random stinky smell that comes from the kitchen sink? (Because the same tile person abandoned a water softener behind the shower but didn’t close it off properly.)

The rusty garage door is fixed (and garage painted to match the house). This was a make-work project because after I power sanded the rust off I realized that the entire door needed repainting and the weather stripping replaced. Weatherstripping is expensive. 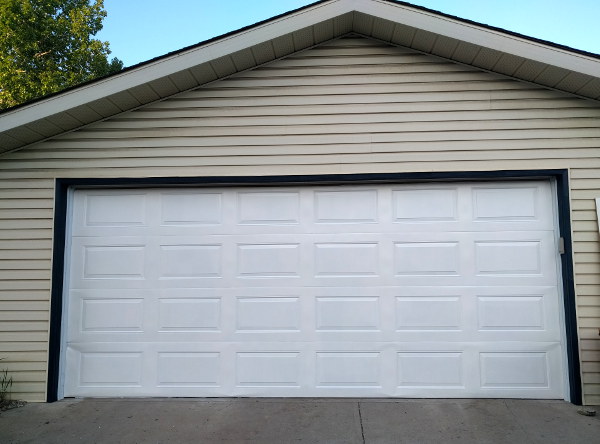 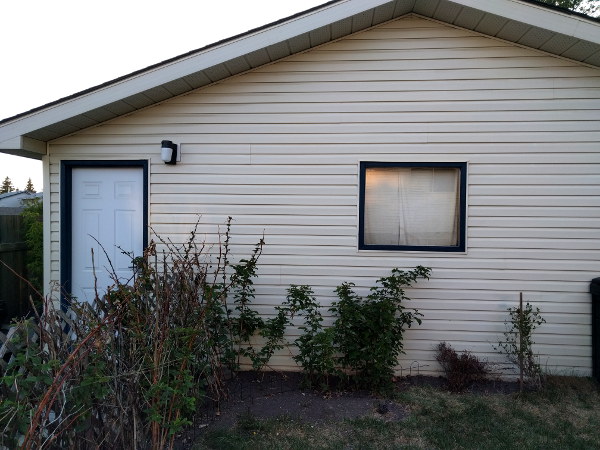 The hot water heater is new. This change ended up being rather ad hoc. I asked a question about the safety valve on the heater (to one of the construction guys) and before I knew it, the conversation led to it being replaced, friends were called, we got a deal on a new heater, and in less than an hour, the unit was replaced. 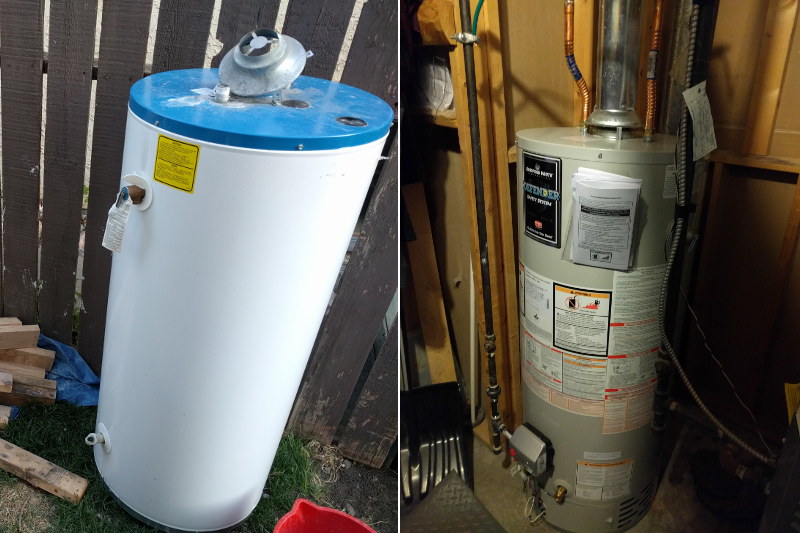 Even though we’ve accomplished a lot, the list of things to do keeps getting bigger rather than smaller. It feels very overwhelming and never-ending.

Kima is extremely chill about the whole thing, however. I think Stryder was the antagonist when it came to “stressing out” about every little thing. Her gentle, happy-go-lucky personality was completely overshadowed by him. 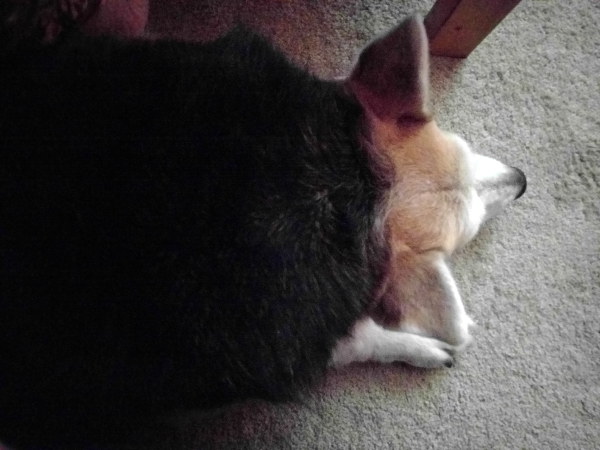 We also take leisurely strolls along the reservoir to watch kayakers and ducks to get away from the chaos. She is now too old to do anything more than leisurely. 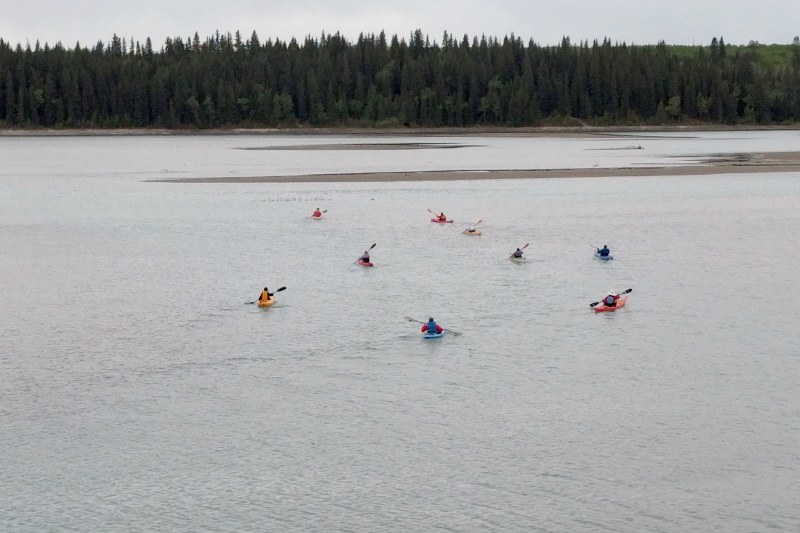 0 comments on “In the Midst of Renovations: The Basement”Add yours →