This whole “get-the-house-ready-for-the-renters-who-will-probably-wreck-it” thing is all-consuming. We’ve had some successes and some failures.

Firstly, a shot of quick success: the painting of the house, power washing of the siding, the cleaned-up garden, and the new mailbox. 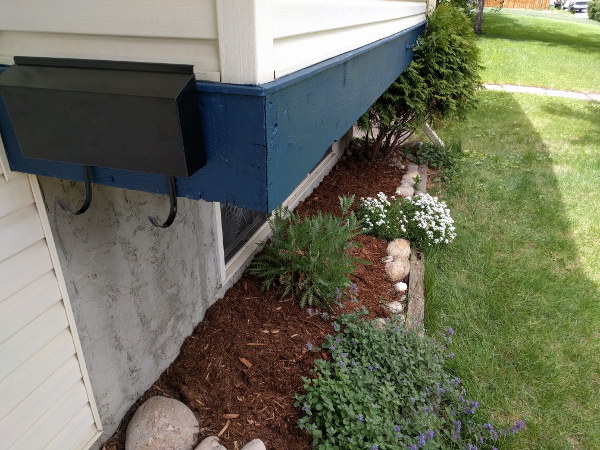 Yes. We have a new mailbox. I had the marvellous idea to clean up the rust on the old one by using a rust removal gel. Well, said gel ate at the metal and left behind the rust. It was rather disappointing. Hence, a new mailbox.

This was the easiest thing to fix. I popped one mailbox off and put the other one on and then did a dance of happiness because there was finally something that I could do quickly without exponential drama.

Speaking of drama, the downstairs bathroom is now complete still causing problems complete with lots of stress, guy fights/back talking, and drama. I must say construction guys are worse than tween-aged girls with their back talking and junior high boy fights. The “2-week” job ended up taking 4-weeks, which left only two days in the contract to finish the upstairs bathroom, which is an impossible deadline (even though we added buffer).

It feels like the never-ending project that will keep spinning until the end of time. It will be 5-years from now and contractors will still be fighting over poor workmanship, who is at fault, personal/work gossip, and who needs to fix what. I wonder if there is a way to “iterate” construction work (like software) so it’s not a big bang delivery with surprises at the end.

Currently, the shower pan in the basement needs to be redone because the new one is sloped to the back corner and not towards the drain. When it’s time to shower in the morning it starts by stepping into a cold, gross, puddle. 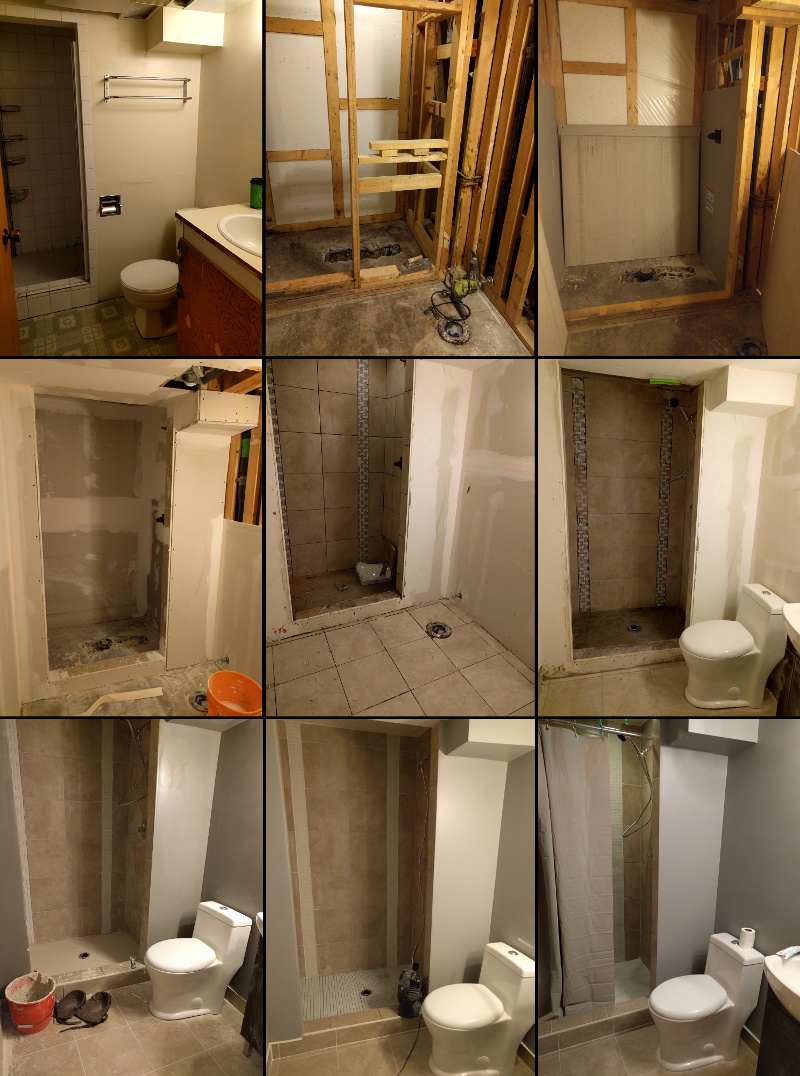 The office in the basement is painted and ready to go; the reason this had to happen is we fixed an electrical switch that stopped working after our windows and doors were replaced. This required pulling down walls and re-mudding the area. I hate mudding and sanding. It’s messy and requires a lot of patience. 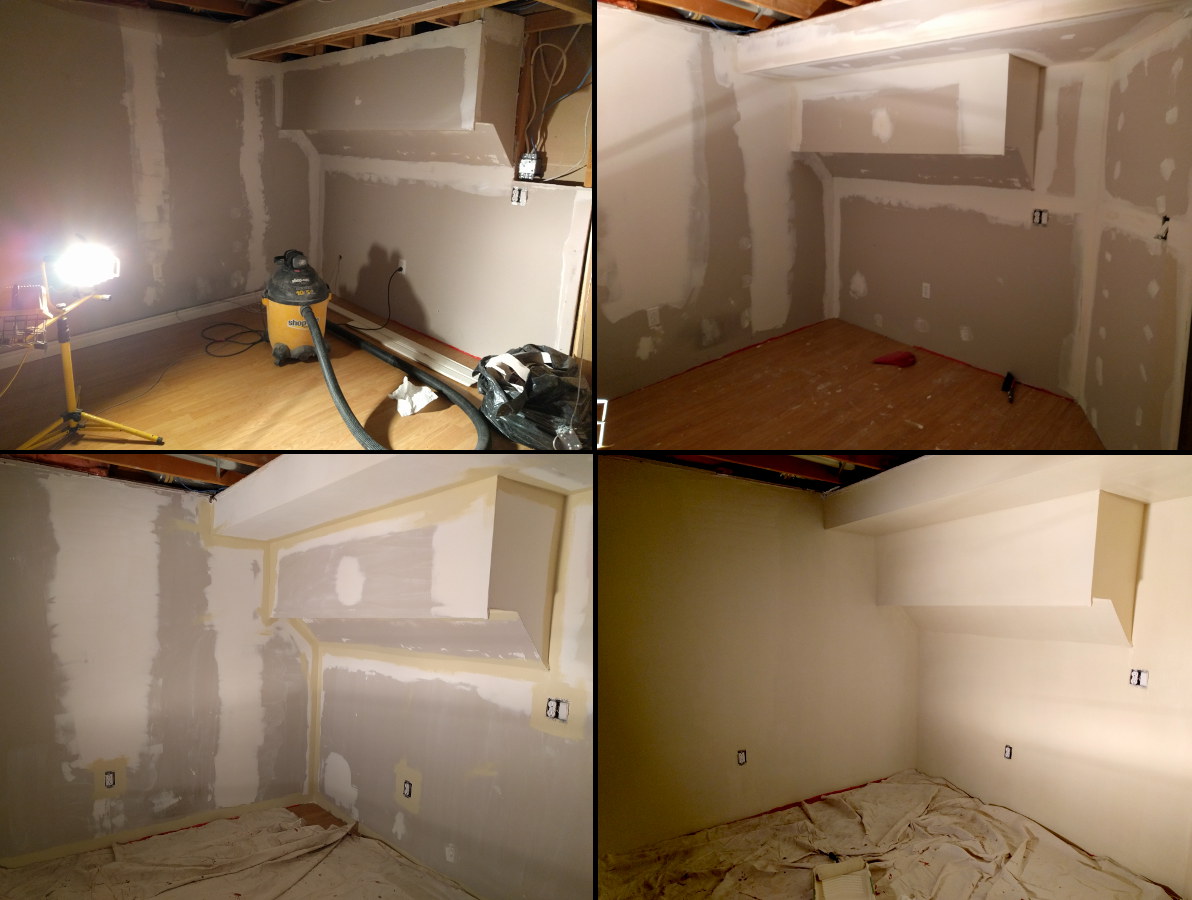 We haven’t put in the baseboards because we have the entire floor to do and want to do all the baseboards at once after the flooring; the drop ceiling is next after I finish the mudding/sanding/painting the rest of the basement.

There are more photos to come, but it’s really slow going right now as we try and complete this and pack at the same time.