The day started in Calgary with an on-time flight, which is a rarity. Airlines build a buffer into their flight times because they know that delays happen and that it is very expensive to them when passengers miss their connections; so, for all intense purposes, we were looking at getting into Denver early and would have plenty of time to catch my flight.

However, when we got to the runway the pilot discovered that the fuel pump light was flashing red. This was a bogus error because obviously the plane was receiving fuel (it was on and we were moving) but because of aviation rules, only a mechanic can reset the light. So, we waited for 40 minutes for someone to show up, roll his eyes, reset the light, and send us on our merry way.

No problems yet. I had 30-minutes to make my connection in Denver, which is rushed but doable. 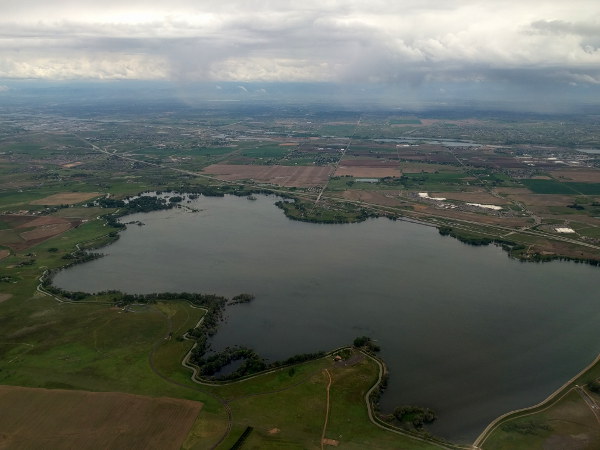 The flight was uneventful and we made up some time in the air. Upon landing, it looked like everyone would be ok (for connections) until the pilot stopped on the runway. Stopped. Then he did a circle with the plane. Circle. I don’t know why. I couldn’t see out the window so I couldn’t see if we were trying to avoid something or if there was an issue. After we pulled up next to a building and stopped. Not at the gates or with the other airplanes. But by a building away from everything else. And, here we sat for 40-f**king minutes.

Any hope of making a connection was lost, and the United app told me that my connection left EARLY. This irritates me the most. With other airlines, they will hold the plane for up to 30-minutes when these things happen. Not United. Apparently leaving early is so special that they celebrate when this happens. Lucky me, I was connecting to the only flight that left early.

Now, I have Star Alliance 100k status, which means that I get concierge service when I miss a connection. However, with United, this service is not as robust as it is with other SA airlines. When this happens on Air Canada, there is a person meeting me at the door of the plane or I get a phone call with my itinerary change and instructions on what to do. United simply abandoned me in Denver. I got a text message that said, “you missed your connection.” No person. No instructions. No overnight hotel or food voucher. A stupid, meaningless text message with no details. It’s obvious that I missed my flight. It’s obvious that it is 100% United’s fault that I missed my flight. So, how are you going to fix this, United?

They couldn’t. The whole purpose of this flight to Omaha was to make a 10am meeting the next day… an extremely important meeting that only I could facilitate. I can’t give details but, we spent 13 weeks preparing for this meeting and a lot of money and our reputation was at stake.

I found the United concierge service in the lounge. The poor, patient guy listened to my struggles and then spent 20-minutes trying to find another flight into Omaha; he checked all routes, all airlines, all possibilities under the sun including second-tier airports that I could drive from: Sioux Falls, Lincoln, Kansas City, Salt Lake City, etc. The problem with Denver is that all flights East leave by 8:30pm. And, because of the runway fiasco, I arrived just when the gates were all closing.

We did find one overnight route: Denver to SF —> SF to LA —> LA to Washington DC —> Washington DC to Newark —> Newark to Chicago —> Chicago to Omaha. This would get me into Omaha for 9:30 in the morning and I’d have 30-minutes to get my rental car and drive to my meeting (impossible)… provided all of these flights were on time and I didn’t miss a connection and get stuck in another city. This was also a mixture of airlines and as anyone who travels frequently knows, this never ends well. The plus in there is I would have gotten my Yelp Statesman badge in one day.

So, the only option for getting to Omaha on time was to rent a car and do the 8-hour drive. Then at least I’d get a few hours of sleep before grabbing coffee, clipping on a microphone, and standing up in front of 75+ people to talk for 1.5 hours.

Locals do the drive between Denver and Omaha all the time… or so I am told. The drive is flat and easy on a divided 4-lane highway. Every 35-miles is a rest stop where you can go to the washroom, grab some snacks or water, charge your cell phone, shower, sleep (in your car), and people watch. A lot of drama happens at US highway rest stops (especially when you squish large families into small cars)… and we’ve seen more than our share after years of road tripping.

Driving through Nebraska at night is like driving through the twilight zone. I can’t think of any other way to describe it. There are areas of light and areas of complete darkness. It’s silent, unnerving, and the other motorists/truckers act bizarre. It’s best to get behind a caravan and stay there. Trust me.

Sometime after the Nebraska-Colorado border, I drove over something previously living that was pulverized on the road. It was completely dark so there was no warning except for a long blood strip, a lot of bumps, and a smooth road again. Not sure what it was because it was so dark but not far down the road were police cars. I stressed for a long time that the body was human. However, I went over the mass of parts in my head and determined it was bigger than a deer and smaller than a cow given the impact range and amount of flesh on the road. It’s been a week since the drive and I still have the image of the blood strip and mass of flesh and bone in my head.

I stopped in a place called Brule, Nebraska. I needed to stretch my legs and this seemed like a great place to do it. There were plenty of signs leading up to the exit saying “food, gas, rest.” But, don’t let this fool you, the gas station is from the 1950s (long since closed), the food is non-existent, and you can rest on the side of the road as long as you’re not bothered by complete, breath-stealing, panic-inducing silence.

Brule is a place that’s frozen in time. I got to see a fair number of night frogs while stretching my legs. 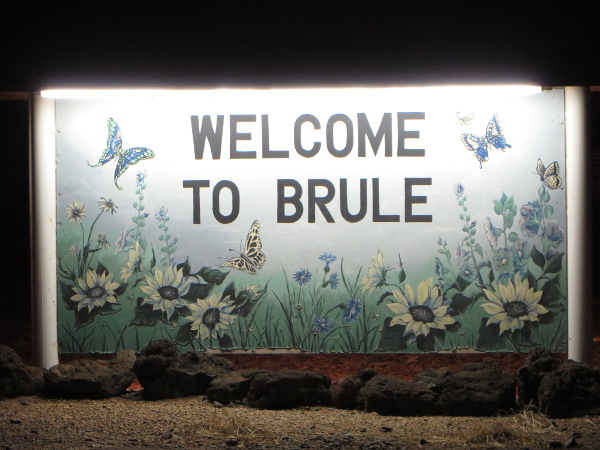 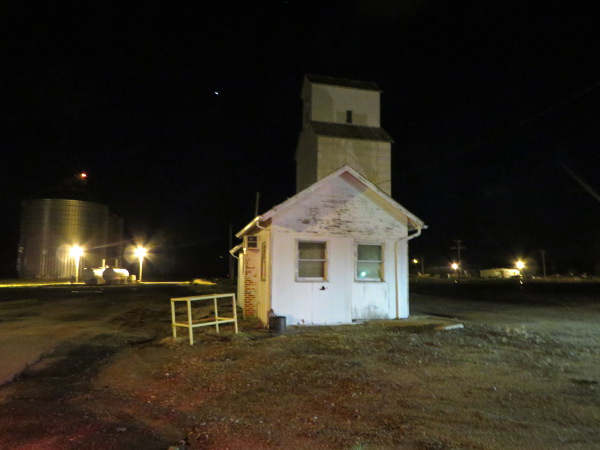 There’s no cell phone connectivity in Brule so I moved on quickly because one reason for stopping was to send journey updates to various people.

At some point, I broke away from the convoy I was following. This was a mistake because once you separate from the herd it draws attention to yourself. It doesn’t matter that I was doing the speed limit and doing nothing wrong… but because I was driving at night and was away from the herd, I was pulled over by a state trooper.

This was an introduction to the bizarre U.S. social politics. I think he was looking for someone who was fatigued, drunk, transporting illegal materials, or not White. I was none of these… all he discovered was an irritated Irish Canadian driving from Denver to Omaha. I gave my spiel about why I was driving at night (not that it’s any of his business), listened to him rant for a while, said a few “yes sirs,” and was sent on my way.

This was an unsettling experience because there was no reason to pull me over. I’ve heard others talk about these trooper “stops” before, and everyone comes to the same conclusions: it’s straight out of the 1950s twilight zone era. There’s no reason for it other than to intimidate. 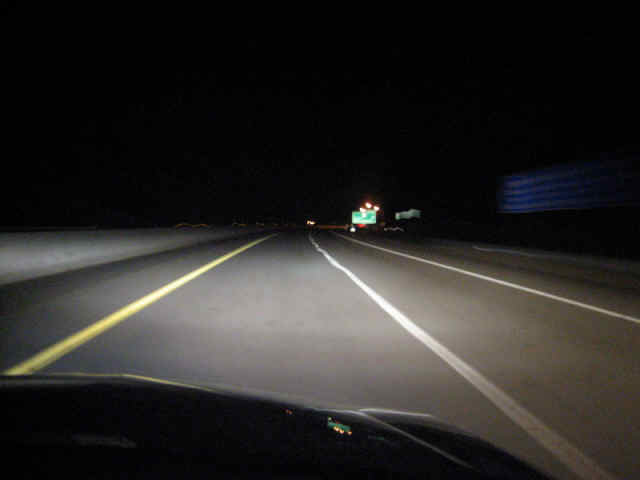 At about 4:30am, I was too tired to drive and pulled over to a rest stop. Great inventions these rest stops. They’re the equivalent of free, legal, roadside camping. I was able to sleep for an hour and dreamt that the drive was a dream and I was actually at home in bed.

Unfortunately, a family arguing woke me up… in a rental car… and not my bed… at 5:30 in the morning. The sun was just starting to come up over the horizon; I was only an hour out of Omaha and powered into the city with the rest of rush hour traffic. Once there’s light in the sky I began to feel normal… if that makes sense. 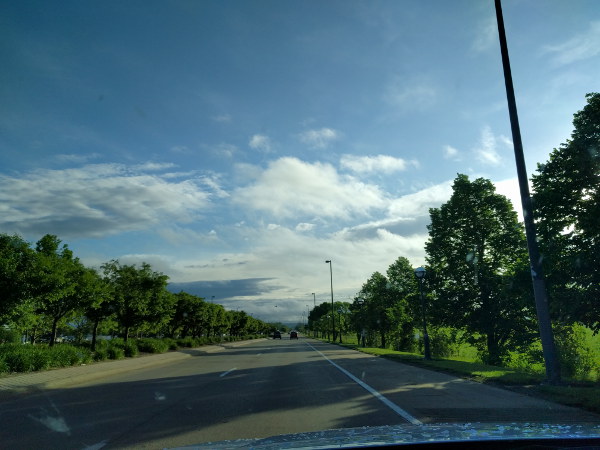 I arrived at the Marriott a day late. Marriott knows how to treat its customers and they had me a “complimentary” room so I could sleep for a couple of hours and shower.

United could learn a lot from Marriott’s customer service.

If I were to sum up the 8-hours, in a nutshell, it would be: rage at United, surreal weirdness, and relief to arrive at a place where I am comfortable and know. The only thing from the entire drive missing was an alien abduction.

In case you were wondering: I kicked ass in the presentation.