Remember in the previous post that I mentioned another Calgarian who had just passed through Winnipeg on his motorbike, also heading East (to Nova Scotia). He had the bald tires? And, we’d initially hummed and hawed about getting new tires to the bike, but rather than risk danger on the journey, dP had the tires replaced?

Well, we hit one hell of a storm as we were driving around Lake Superior (about Terrace Bay). It followed us the entire way to Sault Ste. Marie where we had to stop because dP was experiencing early signs of hypothermia.

There is no way a cyclist on bald tires could have navigated that storm. In fact, we’d planned on swapping riders along the way so I’d get some road time (I had my gear), but I’m pretty sure that I’d be dead right now (or would have stopped immediately) if I was riding. This was the moment where we were thankful for the decision to get new tires. 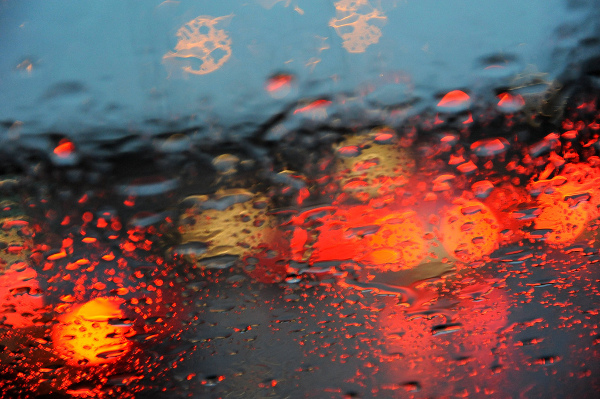 Not my photo above. That’s what visibility was like… at its best. It was a terrifying drive in a Jeep and by the time we reached Sault Ste. Marie, I had blisters on my hands from gripping the steering wheel so tightly. I was blown/thrown around like a cork in the ocean.

The weather itself wasn’t entirely the problem, drivers contributed. In passing lanes visibility was limited and the range in speed was anywhere from 40km (pull off the road you crazy person from Saskatchewan) to 120km per hour (who does that in a storm with limited visibility?). It was only safe to do around 80km with the motorbike and we saw lots of people pulled over / accidents.

We stopped for gas outside Sault Ste. Marie and dP took his thick, waterproof gloves off, and emptied out a glass of water from each; the heated grips came in handy. Everything was drenched: inside the helmet, inside the boots, all clothes, inside the jacket, etc. It was here that I decided to find a hotel and stop to warm up and dry out. Ironically, the hotel was having hot water tank problems (both showers and hot tub didn’t have hot water).

Sault Ste. Marie was not a planned stop; the original plan was to make it to Sudbury so the last day of travel would be an easy one. But, Sault Ste. Marie ended up being a stopping point for a lot of motorcyclists who gave up trying to drive along the Algonquin shores. We did see some familiar bikes… there were a lot of road warriors out over Father’s Day weekend.

Coming out of Thunder Bay, it’s a split two-lane highway for a while, which makes driving pleasant early in the morning (when only the truckers are out). 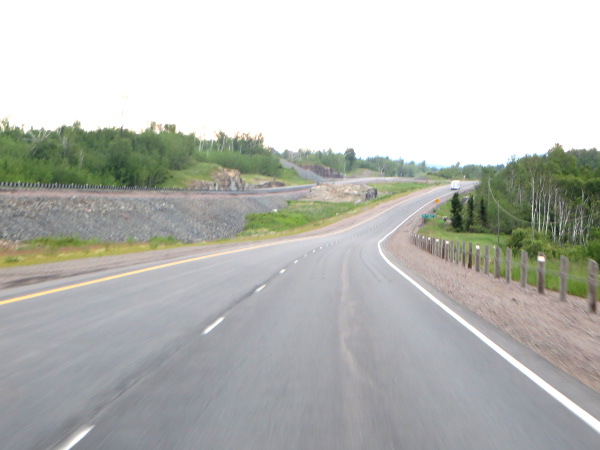 To make up distance/time, we planned to hit the road REALLY early but had initial difficulty finding coffee. There are two Starbucks in town: one in a Chapters (opens at 10am on weekends) and the other is hidden, drive through (opens 6am).

We left Thunder Bay without eating and had breakfast in Terrace Bay, a cute little lakefront town. It reminded me of the mom and pop cafes that you find in small seaside towns on Vancouver Island. 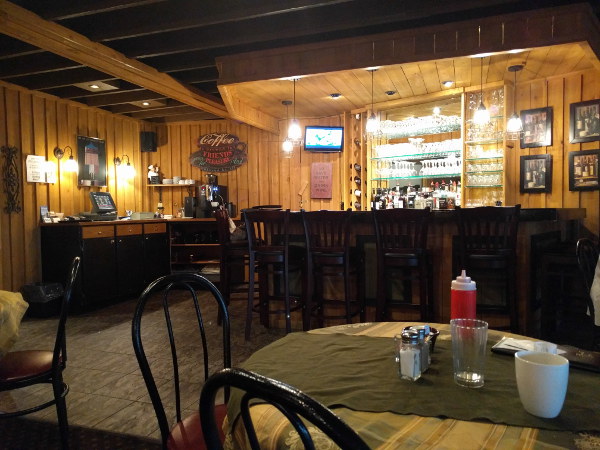 While in Terrace Bay it started to rain and rain and rain. Apparently, this is normal for the town but the rain and nasty wind followed us all the way through Ontario. It was worst between Wawa and Sault Ste. Marie.

Tips: Even if you have gas in your tank, fill up in Wawa. There is no other opportunity for convenient gas/bathroom/food between Wawa and Sault Ste. Marie (230km). 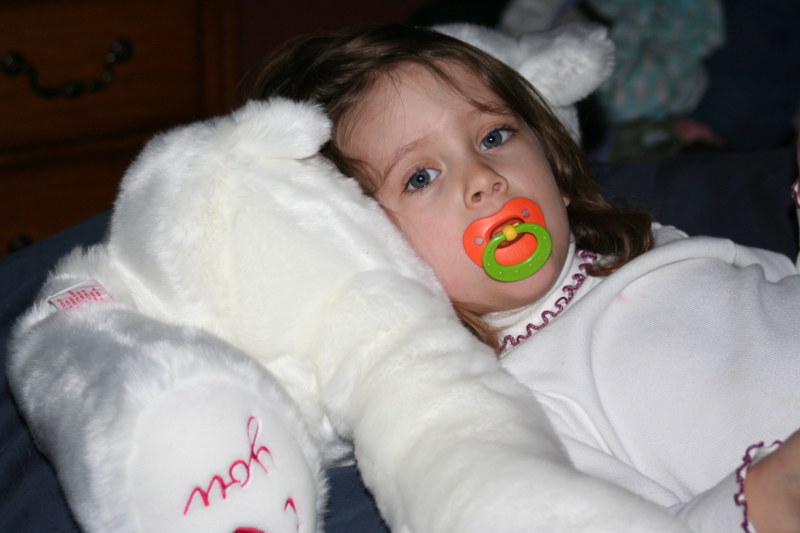 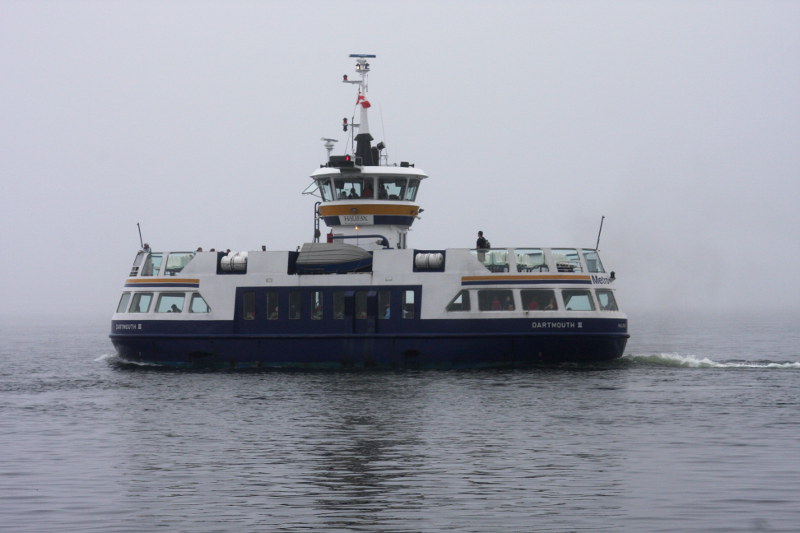 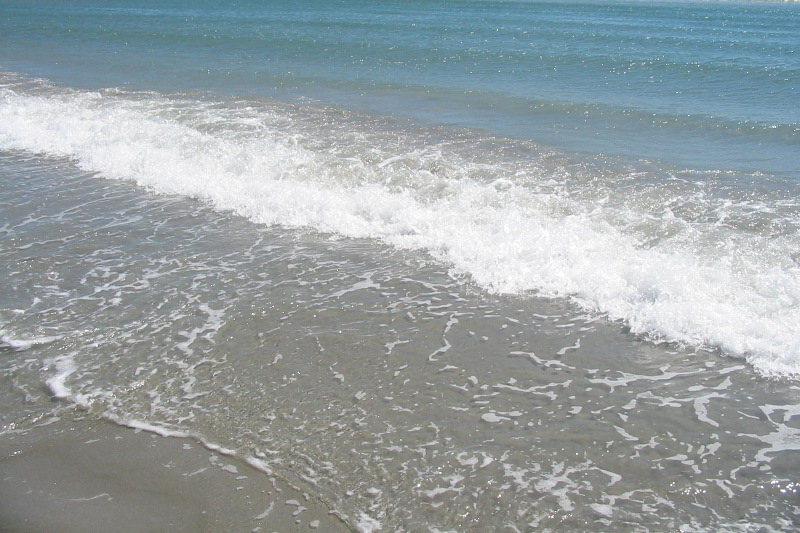