I’ve abandoned the Street Food app. I noticed recently that there were a lot more trucks on the streets of Boston than appeared on the map. And, the app seems to have devolved to show only two very prolific trucks: the Chicken and Rice Guys and Bon Me. I began to think that Boston only had these two brands.

I’m now using the Feed Me Boston website [link removed], which shows far more options and gives me a better sense of what is available at lunch. Yes, there’s more to the world than Bon Me… though you won’t think so because EVERYONE at noon walks around the city carrying a Bon Me box.

The truck that neither app/site shows is Gogi on the Block. I stumbled upon this truck by accident one day and it has since become the Holy Grail of food trucks… I crave the food all the time but it’s a hard thing to find. 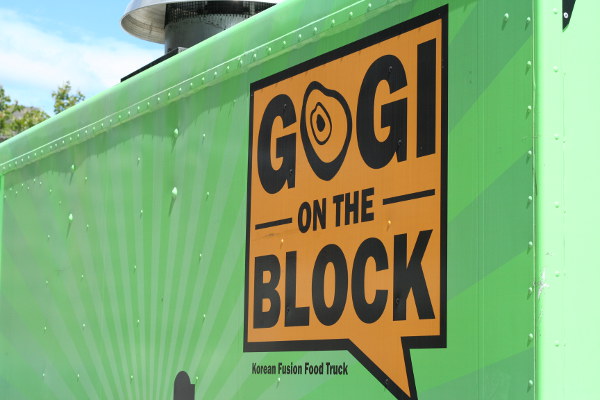 All week I have been walking around Boston looking for Gogi; and, last night I discovered that during the day the truck was less than a block from my project site. Denied!

This is the incident that drove a wedge between me and the Street Food app.

The Gogi Facebook page states that this is the “First Korean-run Korean fusion truck in Greater Boston!” and the first one “run by an actual Korean dude.”

I don’t know about the Korean dude, but thanks to the girl who helped me pick a meal, I’m now addicted to kimchi rice. It happens that fast! 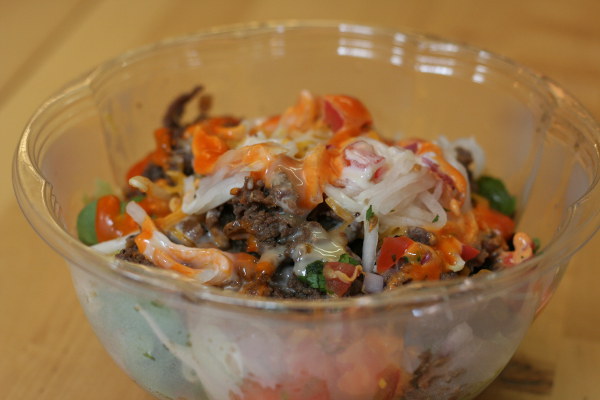 0 comments on “Gogi on the Block”Add yours →