If heading downtown, Boston’s tunnels are one of the first things you see when you arrive in the city. The Ted Williams Tunnel (1995) is a toll tunnel that runs under the Boston Harbour to make the journey into the core fast. The whole trip from the airport to downtown takes roughly 10-minutes, which is two minutes slower than a water taxi, which takes 8-minutes.

I know that people constantly complain about the subway-tiled tunnels. But, there’s something about them that I really love. White tiles are not something you see often on the West Coast; they’re a phenomenon specific to the Eastern seaboard. 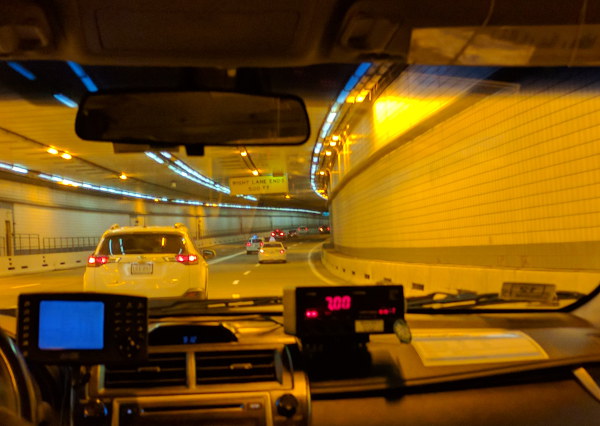 It was my cab driver who told me why the tunnels are tiled. “They’re easy to clean,” he said. “Every three months the city sends through power washing trucks that scrub the tiles until they’re pristine and white.”

Cars mean exhaust. Exhaust means black gunk on the walls. Porcelain doesn’t allow dirt or grime to sink in so it’s really easy to scrub off.

I’d love to watch these trucks run through the tunnels. There’s something strangely satisfying about seeing tiles get scrubbed.

0 comments on “Why Boston’s tunnels are tiled”Add yours →